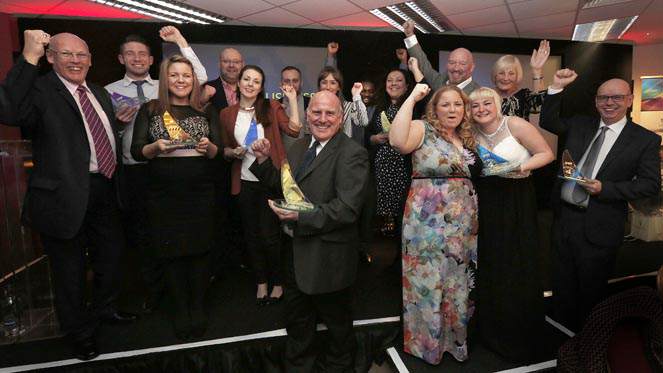 A Redcar charity, which received support from Redcar & Cleveland Borough Council’s Enterprise Team, has walked away with a Best New Business Award at a recent awards ceremony.

Something in Mind, the new shop and cafe operated by mental health charity Redcar & Cleveland Mind, is staffed almost entirely by volunteers and now their hard work has been rewarded.

The organisation won the Best New Community Business in the Tees Valley Award, a remarkable achievement considering Something in Mind opened at the end of July.

The shop’s opening was supported by the council thanks to grants and staff assistance from the council. Funding was given to the charity to commission an initial business plan, which enabled it to secure funding from Northern Rock. Further support was received from Tees Valley Community Foundation which helped pay for the shops fixtures and fittings.

As well as providing access to funding, the Enterprise Team continued to support Something in Mind with advice and guidance on business matters as they arose.

Nick Murray, Social Enterprise Co-Ordinator at Redcar & Cleveland Mind, said: “We were thrilled at receiving the award. Running Something in Mind is very much a team effort and every member is important.

“The main factor that swayed the judging panel was the fact that we make a profit whilst doing social good, such as giving prisoners a second chance or up-cycling waste materials.”

A Teesside-based wellbeing company has secured funding that’s helping more businesses take care of their staff in the wake of the Covid pandemic. Key Wellbeing, […]