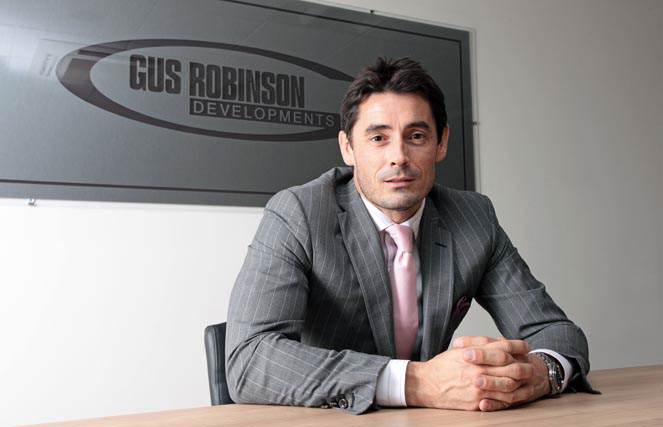 A Teesside businessman has been shortlisted for the Entrepeneur of the Year award in the 2015 Lloyds Bank National Business Awards.

The boss of the Hartlepool-based construction specialist Gus Robinson Developments Ltd, has guided his team to a host of awards in recent months and is on course to record turnover figures of £20m after landing some lucrative contracts.

Going up against other finalists, Dan will compete for the prestigious award, with the winner being revealed at the Lloyds Bank National Business Awards gala dinner held on November 10 at Park Lane’s Grosvenor House Hotel in London.

Dan said: “We have had a very successful few months, and it is always nice to be recognised in events such as this one.

“To be shortlisted in such a prestigious national awards event is very exciting, and I’m looking forward to going up against some of the best businesses from around the UK.”

An all encompassing range of industries are represented in the shortlists for this year’s awards, with companies from recruitment and children’s clothing, to pet food and online marketing being selected for the chance to win a coveted Lloyds Bank National Business Award.

The scale of the finalists is just as varied, with companies turning over less than a million pounds to over £25 million, employing 20 people or over 70,000 people.

Tom Broughton, Programme Director of the National Business Awards said: “The quality and range of this year’s entries exceed even those of last year, which is no mean feat.

“The draw of being involved with the Lloyds Bank National Business Awards has seen companies from all kinds of industries submit applications, which have been narrowed down using our thorough and comprehensive scoring system.

“We are now looking forward to the next step in the judging process and meeting some of the finalists face-to-face.”

Finalists were chosen from the hundreds of businesses that entered or were nominated across 18 award categories.

They will now prepare for live presentations to expert judges who will decide the overall winners that will be revealed at the awards ceremony on November 10.