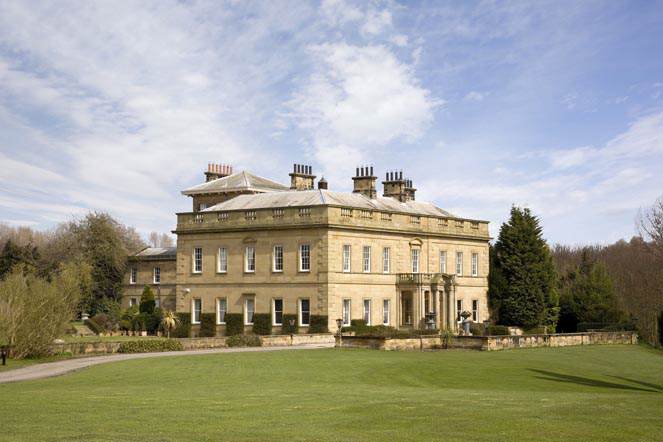 A country hall in North Yorkshire has been granted permission to expand further.

Having opened another seven suites earlier this year, increasing the number from six to thirteen, owners, Martin and Sandra Johnson, have now been given permission to more than double Rudby Hall’s table service capacity for meals from 72 to 150.

Martin and Sandra worked closely with Hambleton District Council’s planning officers to meet a range of criteria and the permission to expand was granted unanimously by the Planning Committee at the end of July.

The increase in table service numbers comes as a huge boost to Rudby Hall and will allow the business to host larger events, as well as create further opportunities for local people.

The business employs a team of eight which could now rise to ten and, in addition, Rudby Hall will be able to increase its work with local suppliers including CWC Events, First Class Wedding Company, the Yorkshire Party Company, Darling and Green Florists and the Yorkshire Chauffeur Company.

Martin Johnson said: “Only being able to host 72 diners meant that Rudby Hall was not always able to meet the needs of potential guests.

“We do get enquiries for larger functions and wedding parties which we just haven’t been able to accommodate.

“We have met with strict requirements to attain the increase in numbers which will now allow us to cater for a fuller range of events.”

The Grade II*-listed country hall dates back to the 19th century. All of the suites are named after historic figures linked to the hall, which was a former Royal residence built for King William IV’s daughter, Lady Amelia Cary.

Husband and wife team Martin and Sandra Johnson, who run the hall and themselves live on site with their family, have seen an increase in demand from the corporate sector with national and international companies using the hall for meetings, functions, events and accommodation.

Weddings continue to exceed expectations thanks to their exclusive nature.

Rudby Hall is also aiming to accommodate shooting parties with luxury private accommodation and additional facilities such as kennels, gun storage and drying rooms, thanks to its location on the edge of the North York Moors National Park.

The historic home, restored by Teesside based regeneration specialists Python Properties, hit the headlines last year when Liam Gallagher and his partner, Debbie Gwyther, were among the first to stay whilst attending a wedding in the area.

Over the years, Rudby Hall has hosted a range of dignitaries, such as MPs, Prime Ministers and members of the Royal family.

Teesside-based oil and gas service company Tracerco, part of Johnson Matthey, is expanding its reservoir surveillance capabilities with the launch of its new digital offering […]

A new app has been launched by Middlesbrough Council to support the town’s recovery from lockdown. The Visit Middlesbrough app hosts information on the town […]

Coffee specialists with two Middlesbrough outlets are creating a stir after winning a prestigious industry gong that puts them in the top 1.6 per cent […]