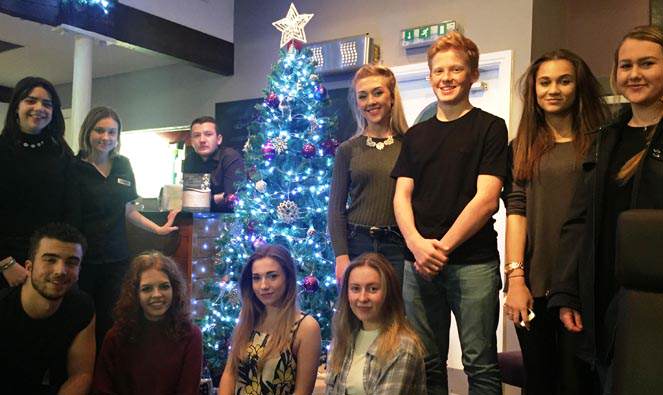 Chapter’s Deli has been raising money for the Teesside Steel Appeal over the Christmas period.

The family-run business has been working to support families, workers and businesses affected by the steel closure.

Managers at ‘The DeIi’ chose this charity as, like so many people across Teesside and North Yorkshire, they have friends, colleagues and employees affected by the closure of SSI in Redcar.

As well as collection boxes being placed around the Deli throughout December, staff are also holding a special Christmas raffle with a variety of prizes on offer including a TV, spa days and restaurant vouchers.

Jake Taylor, manager of Chapter’s Deli, said: “Each Christmas we choose a local good cause to raise money for and this year there really was only one option- so many people have been affected by the collapse of the steel works. We have members of staff whose families have lost jobs because of it and it’s true to say that most people on Teesside know someone who will be affected.

“We’ve got a few fundraising activities taking place over the festive period and our customers are always so generous that we hope we can make a small difference to the Teesside Steel Appeal and the families involved.”

Councillor Ceri Cawley from the Teesside Steel Appeal, said: “We are so touched by the overwhelming community support for our appeal.”

The Deli is one of Stokesley and the surrounding area’s most popular bars and restaurants with a reputation spanning over 15 years, highly regarded for its home-cooked food and live music events, including Motown and Northern Soul nights and showcases for local musicians and comedians.

Local businesses now have an opportunity to reach into 65,000 Middlesbrough homes by advertising in a new-look magazine produced by the publishers of Tees Business. […]

Local freight logistics specialists have been called in to import 1km of tunnel segments for Anglo American’s Woodsmith project on the North Yorkshire Moors. The […]

A young student has engineered his way to an apprenticeship at an experienced control panel manufacturer. Tom Spencer has built workplace skills through Middlesbrough College’s […]