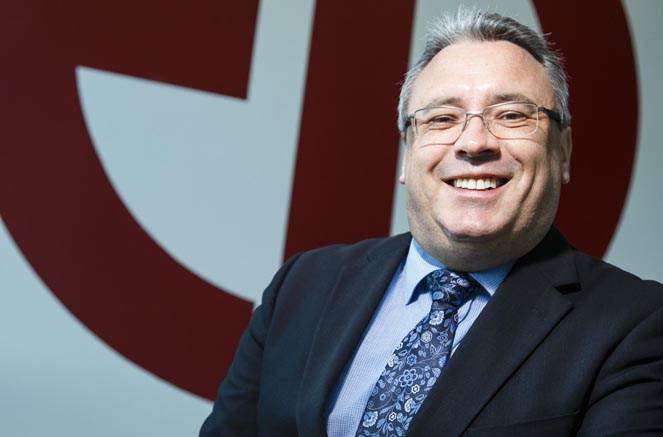 Tees legal firm Endeavour Partnership has welcomed back one of the region’s leading legal experts to the company.

Stephen Elliott qualified as a solicitor in 1998 and first worked with Endeavour Partnership when the business was formed in 1999.

He developed an expertise in employment law before going on to work in high profile law firms across the North of England including Ward Hadaway in Newcastle and Langleys in York.

Stephen returns to Endeavour to head up the growing employment department and will be responsible for developing this side of the business which deals with all aspects of HR and employment law and practice, including tribunal litigation, policies and procedures, training and workplace crisis management.

Endeavour Partnership, which now has a team of 44, is starting a period of recruitment as it continues with its planned growth, following a successful year where the company exceeded its anticipated development due to a buoyant North East marketplace.

Endeavour is ahead of predictions to double its £2m turnover in the coming five years.

Stephen said: “Endeavour is thriving and this is an exciting opportunity to both assist in the firm’s development as it continues to grow and also progress my career in a fantastic region that I am passionate about.

“I’m returning to an exceptionally talented team who are working on some very interesting projects and I look forward to what 2016 has in store.”

Paul Bury, managing partner at Endeavour Partnership, said: “We’re undergoing a period of client-led growth thanks to a strong marketplace across the North East region and we need the best team possible in place assist with that as we go into 2016.

“Stephen is incredibly well regarded in his sector with an exemplary career to date with heavyweight law firms.

“We’re also pleased to be able to welcome back a member of the team who began his career with us in the nineties.”

Endeavour Partnership has a reputation spanning over 15 years and has continued to grow at its base at Teesdale in Stockton.

Earlier this year, it announced its best year to date following a period of growth and restructuring during its 15th year in business.

Local businesses now have an opportunity to reach into 65,000 Middlesbrough homes by advertising in a new-look magazine produced by the publishers of Tees Business. […]

Local freight logistics specialists have been called in to import 1km of tunnel segments for Anglo American’s Woodsmith project on the North Yorkshire Moors. The […]

A young student has engineered his way to an apprenticeship at an experienced control panel manufacturer. Tom Spencer has built workplace skills through Middlesbrough College’s […]