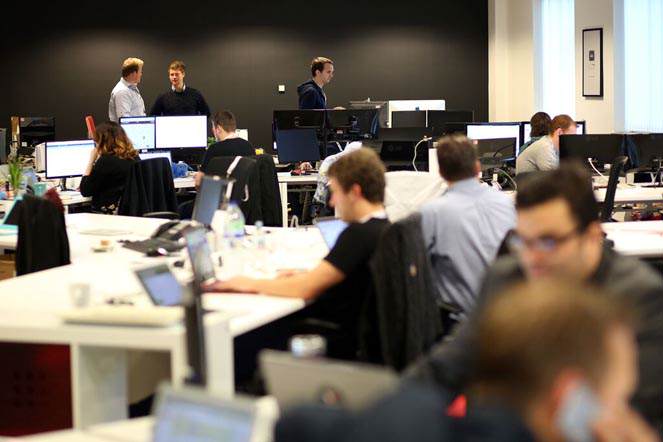 The Stockton-based digital agency expanded its already rapidly growing team in Teesside and London on Monday with eight new starters, and will be welcoming its very first Manchester-based employee within the next couple of weeks – making it 12 new employees in the month January.

The expansion coincides with the success of the benefits package introduced to all staff contracts since the end of 2014, with perks including unlimited paid holidays, flexible working hours, free breakfast and heavily subsidised gym memberships.

The benefits package is one of the biggest and perhaps riskiest changes the company has undergone to date and reinvents the way in which employees work – enabling the flexibility to allow for a healthy work/life balance.

Visualsoft says research since the implementation of the benefits package shows a significant increase in employee motivation and productivity in addition to a general positive rise in all aspects of the business.

CEO Dean Benson said: “Our innovative approach to HR has succeeded in attracting new employees to the business in addition to retaining existing team members.

“Last year proved to be an amazing year for the team, and we’re hoping 2016 is even bigger and better.”

The company believes the key to the success of any business is to ensure the happiness of staff, and in 2015 alone Visualsoft employees were treated to a brand new Teesside HQ equipped with a relaxation area, games consoles and fully stocked drinks fridge, in house workplace massages, free flu vaccinations and a number of exciting staff events throughout the year to let off some steam including an annual trip to Ascot Races.

Since January 2015 Visualsoft has welcomed 82 new employees across its offices in Newcastle, Teesside, London and Manchester, and the company is looking to expand the team even further throughout 2016.

A Teesside-based wellbeing company has secured funding that’s helping more businesses take care of their staff in the wake of the Covid pandemic. Key Wellbeing, […]