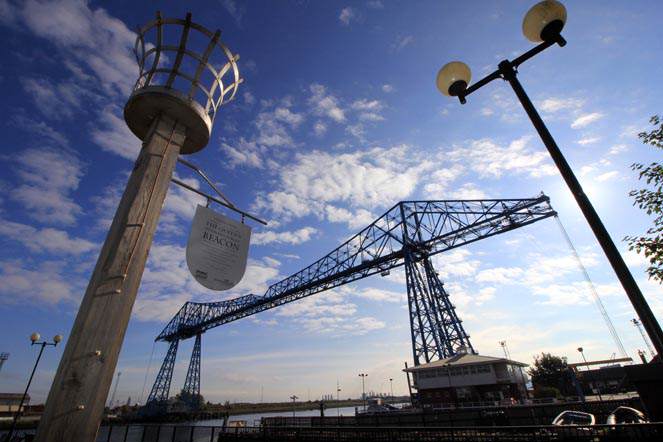 Local people in the Tees Valley today received a multi-million pound cash boost to invest directly in the future of their area.

Northern Powerhouse Minister Andrew Percy announced the transfer of £15m of government money directly to local people through the region’s ground-breaking devolution deal – the first of payments from a total of £450million due over the next 30 years.

The extra government investment into the Northern Powerhouse has been made available as part of the devolution deal signed in October last year and how it is spent will be a decision entirely for local people – through the new Tees Valley Combined Authority.

The Tees Valley Combined Authority will now bring forward proposals to invest this additional funding, alongside matched finance from other sources, to deliver key elements of its Strategic Economic Plan; including:

The deal also allows local people to take back control of decisions that matter to them, including:

• new powers over transport including influence over local bus operators and multi-year budgets;
• control and funding over adult skills and employment training; And
• the ability to create mayoral development corporations to drive forward regeneration projects.

And with Teessiders set to go to the polls in May to directly elect the wider region’s first-ever Mayor, Mr Percy said now was the time to get the Northern Powerhouse “firing on all cylinders”.

Northern Powerhouse Minister Andrew Percy said: “The people of the Tees Valley came up with an ambitious devolution deal which puts them back in charge of decisions that matter to them.

“Now today’s £15m government investment into the Northern Powerhouse is proof that we will equip them with what they need to get the North firing on all cylinders and build an economy that works for everyone.

“And with powers over transport, training and regeneration all coming back into Teessiders’ hands, local people will also now have the chance to head to the polls and vote for a powerful new Mayor to put them into practice.”

Middlesbrough Mayor David Budd, chair of Tees Valley Combined Authority, added: “The Tees Valley has ambitious plans to create jobs and grow the local economy. Devolution gives us the opportunity to deliver locally-led initiatives to transform our economy – far more effectively than decisions made behind a desk in Whitehall.

“This additional funding negotiated through our devolution deal, as the first payment of a 30 year commitment, is one more step on this journey.

“We will invest it in local priorities which give people the skills they need, and the jobs our region needs for a successful future. We will continue our dialogue with government to secure further commitments, and to become a flagship for successful devolution.”

As part of efforts to deliver an economy that works for everyone, the Government is devolving wide-ranging powers directly from Whitehall to local people who know their areas best.

Handing power back to local people is a key part of the government’s plans to build a Northern Powerhouse.

In return the government requires thatstrong governance arrangements are put in place to ensure local leaders are directly accountable to the people that they serve.

Now the Tees Valley is reaping the benefits through today’s first £15m payment to the new Tees Valley Combined Authority.

Created in April, and comprising five councils from across the area, this new authority is set to be chaired by the region’s first-ever directly-elected mayor, with elections set to take place in May 2017.

The Tees Valley devolution deal is one of nine across the country – eight of which have directly elected mayors. It means decisions that have previously been made in Westminster will now be made in the areas they affect most.

An award given posthumously to much-loved Zetland FM presenter Julie Donaldson, who sadly passed away from Covid last year, rounded off a memorable night of […]

Annalice Argyle once lived life as an addict, experiencing the horrendous lows of drink and drugs together with homelessness and abuse. Last Thursday she was […]

Winning the coveted SME of the Year Award at the Tees Businesswomen Awards was a complete shock to Bev Goodall, managing director of accountancy practice […]