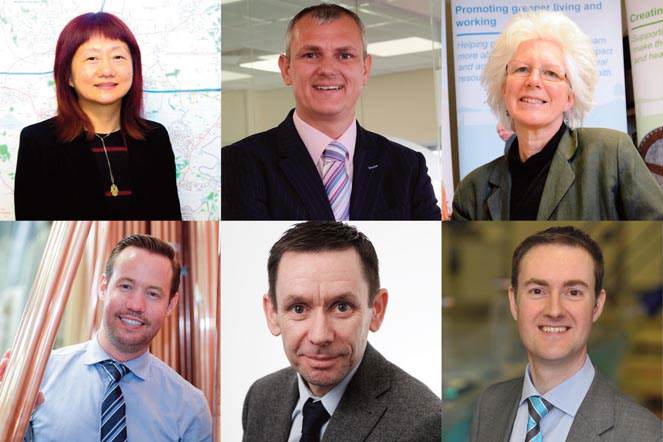 In anticipation of first Autumn Statement to be given by new Chancellor of the Exchequer Phillip Hammond on Wednesday, business leaders from across Teesside have expressed a wide range of views on the direction they want him to take the economy in…

George Hardey, director and head of tax at Waltons Clark Whitehill, said: “The Autumn Statement will give the UK population an increased insight into the tax policies that might be introduced under Teresa May and her cabinet, which is particularly important in the light of the Brexit decision.

“A moderate reduction in the rate of Corporation Tax to 15 percent would allow the UK to establish itself as an attractive place for international businesses, which could provide a welcome boost to the Treasury in the form of extra tax revenue.

“The proposal to change the current annual system of reporting personal and corporation taxes to quarterly has just passed the deadline for the initial consultation and could become effective from April 2018, with reporting starting three months later. Knowledgeable people in the industry are already calling for the Government to delay the introduction by a year or two, I hope there may be some acknowledgement of this by the Chancellor.”

Kate Culverhouse, chief executive of Groundwork North East & Cumbria, a charity which provides training, work experience and employment guidance throughout the region, said: “In the Autumn Statement it is important that the Government quells the unease of many within the third sector and business world by following through on its commitment to ring fence EU-funded schemes in the North East.

“Social investment is crucial to the long-term future of the region. Employment in the North East has been steadily increasing, but we still have the highest number of unemployed people in the UK. There is much more work to be done in terms of up-skilling older people and ensuring young people have the opportunity to gain the skills and experience they need to secure long-term employment.”

Samantha Harvey, managing director of One World Travel in Yarm, said: “The Autumn Statement is an opportunity for the Chancellor to secure the long-term future of the travel industry in the UK. Any support to domestic and overseas tourism sectors by a reduction of the tax burden on consumers and businesses, would be both welcome and a significant boost to the UK economy. ”

Chris McDonald, CEO of the Materials Processing Institute, said: “I will be looking to the Autumn Statement to see an indication of the Government’s approach to infrastructure investment. Low interest rates on Government debt and the need, in the wake of the referendum, to switch the UK economy to international trade outside the EU, creates an ideal environment for Government investment in infrastructure.

“The carbon price floor is damaging the viability of energy intensive industries, such as steel, glass and chemicals. The industry has called for the tax to be scrapped and replaced with measures that support the decarbonisation of industry, without offshoring production.”

John Savage, managing director of Flame Heating Spares, said: “As a business which has plans to continue expanding throughout the North East, I would like to see the Chancellor support business and enterprise, so that firms, like mine, can continue to flourish, create job opportunities, support local supply chains and aid the economic recovery. “

Jonathan Willett, director of Henderson Insurance Brokers Stockton, said: “Despite the High Court’s ruling, people need to realise and accept the wishes of the British public, who voted in favour of Brexit. As such, the Chancellor needs to support business now more than ever, and allay the fears of those who are sceptical about the UK’s prospects moving forward. We are seeing firms holding back on investments and deciding against recruiting more staff, so it is necessary to deliver an Autumn Statement which sets out a clear agenda that will support UK enterprise and its entrepreneurs and business people.

“We are already seeing the effects on construction and housing, which remain key to the long-term economic stability of the UK, so there needs to be a concise and clear plan on how best to stabilise our housing market, which could spiral out of control, push prices further up and create an even bigger North-South divide.”