Utility Alliance Alliance has taken its first step towards national expansion by opening a new branch in Sheffield.

The new 7,000ft two-storey office is situated in the shadow of the city’s Meadowhall shopping complex, and opened for business on September 4.

The energy consultancy, which is the cover feature in this edition of Tees Business, has had its sights firmly fixed on securing premises away from its Hartlepool HQ for the last six months and management at the firm are delighted to have finally made the move.

Ian Willis, PR and marketing manager for Utility Alliance, said: “Opening up an office to run in addition to our Hartlepool base is something which was in the directors’ business plan for this particular period in the company’s growth.

“We’re now half way through our third year in operation, and with the success of the business in Hartlepool now is the right time to make the move.

“There was a lot of due diligence done prior to agreeing to the deal to move to Sheffield, it wasn’t just a case of sticking a pin in a map of the UK.

“Sheffield is vibrant, there is a lot of inward investment and several regeneration programmes up and running. It also has two universities, and as a large proportion of our employees are in the 18-25 bracket recruitment has not been a problem for us.

“The new office is just a mile from the M1 turn-off, and located right in the middle of an area which is thriving. It is well served by public transport links for staff, everything feels right about it.

“There was a lot to take into consideration, it was more than just identifying an office and moving some desks in.

“We are delighted that it is now operational, as there has been a lot of hard work put into the project throughout the summer.”

The new office will be populated by 200 staff, with positions created for team leaders, sales generators and support staff. The operation will be overseen by a managing director who is due to move into position in mid-October. 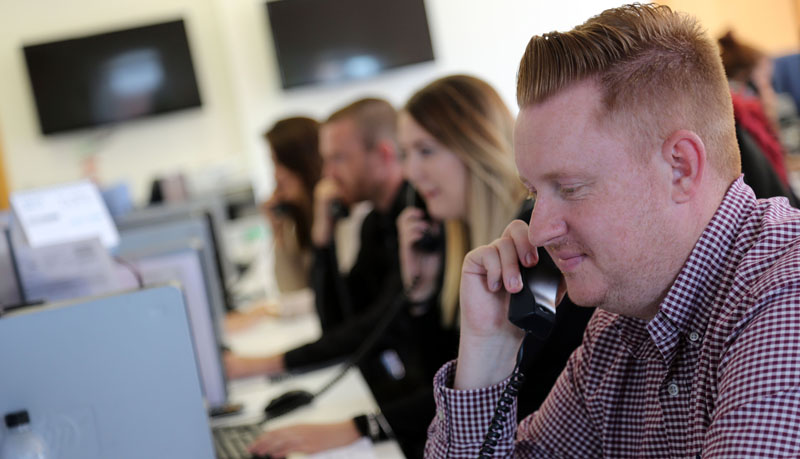 The growth of Utility Alliance has been impressive since the business was created in February 2015.

But directors Phill Moore, Darren Sutherland and Bob Moore are not making any plans to rest on their laurels.

Willis added: “The message from the top within this company has always been to set the bar high. If we stand still, we will go backwards.

“It’s an exciting time for the business and various sites elsewhere in the UK are now being looked at as we continue to expand.

“We have an in-house training team, and a business model which we rigidly stick to. This has proved to be a success in Hartlepool, and has been rolled out in Sheffield.

“The same will apply wherever we move to next, and the aim is to have a Utility Alliance way of working.

“The exposure of the brand has grown massively since the turn of the year. People know who we are and what we do, and as the base of our business is outbound calls that makes life easier for the sales team.

“Over the last couple of years they have had the job of selling who we are before they even reach the stage where they try to sell what we sell.

“It’s a difficult job, we all get the phone calls when we’re in the middle of watching the TV or cooking the tea, and we can’t get off the phone quick enough. We don’t want to do another PPI claim, and we haven’t had an accident in the last three years that wasn’t our fault.

“We try to do things differently at Utility Alliance, we work on a 9am-5pm system Monday to Friday and deal exclusively with businesses, and when sales staff are calling people, they tend to know who they are asking to speak to. We don’t want to be tarred with the same brush as the others, the ones who are constantly ringing.

“Now when they pick the phone up and call someone in the North East, more often than not the person on the other end of the phone will have heard of us.

“They may have read about us in the media, or spotted our logo on a football shirt or seen us at a networking event. That’s the now the aim for Sheffield.

“We’ve got a lot to shout about, and we’re not afraid to tell people how well things are going.”