Work on one of the region’s key regeneration gateways has reached an important milestone.

The development of the new Middlehaven Dock Bridge and link road is the latest phase of Middlesbrough’s ambitious £700m investment programme.

And this week Middlesbrough councillors and representatives from Tees Valley Combined Authority visited the site to see progress first-hand and hear from contractor Balfour Beatty about the next steps.

Scroll down to see more pictures

The 12-month project has already seen the removal of the existing footbridge, and work is now progressing rapidly the creation of the state-of-the-art road crossing.

With a quarter of the construction programme now complete, key achievements to date include:

The £10m – due to open next summer – will pave the way for work to start on the proposed £30m snow centre.

The new road access will further open up around 25 hectares of strategically important mixed-use commercial and residential development land on the wider Middlehaven site, while also helping to ease congestion on the A66 trunk route.

The new highways will link Shepherdson Way to the new bridge and then tie back into Vulcan Street providing the missing link in the east-west riverside arterial route.

The scheme has been designed and progressed by Middlesbrough Council over the last 18 months, with funding of nearly £4 million from Tees Valley Combined Authority. 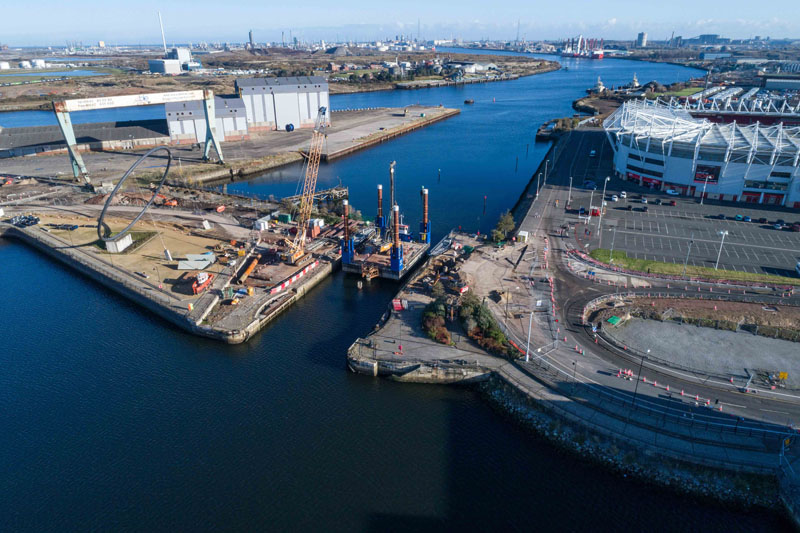 Balfour Beatty has also made contact with local stakeholders, such as Teesside University, Middlesbrough College, and local primary schools, to provide opportunities to view the works and incorporate them into educational programmes.

The new road and lifting bridge – with associated lighting, drainage and landscaping works – will feature a 95-tonne steel bridge deck with 120 tonnes of steel reinforcement and 159 tonnes of pre-cast concrete units.

With a quarter of the scheme now complete, councillors and TVCA attended an update briefing this week and a chance to view work on site, including construction of the massive central pier piles in the Dock. 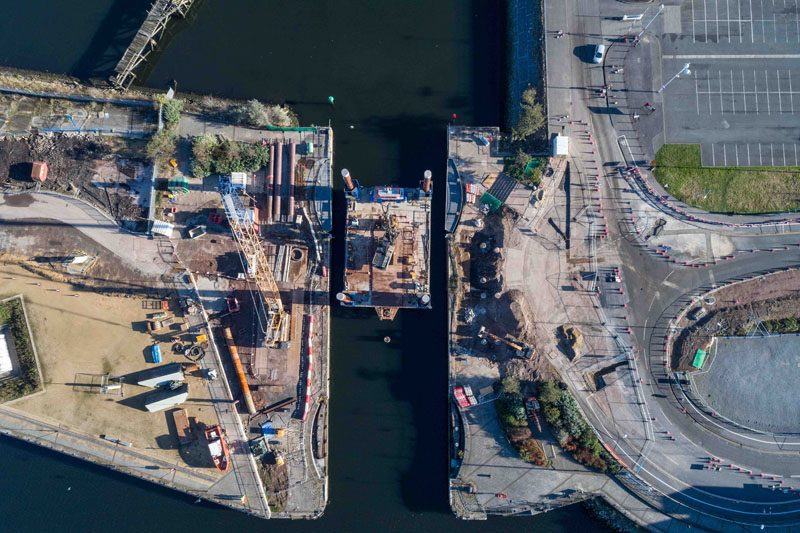 “Our combined project teams have been working relentlessly over the last three months to install piled foundations for the bridge.

“Over the coming months we anticipate the bridge and roadwork construction continuing in line with our programme, with the key event being the construction of the central pre-cast concrete pier in the dock.”

Councillor Charlie Rooney, Middlesbrough deputy mayor and executive member for city centre strategy, said: “The Dock Bridge and Road symbolise the ambition we have for Middlesbrough, and it is kick-starting a major phase of regeneration and inward investment at Middlehaven.

“It will unlock the area’s huge potential, bringing with it further growth, jobs and prosperity.

“This is a major milestone in the transformation of Middlesbrough as the established city heart of the Tees Valley.”