After almost six decades as an iconic Teesside institution, barbers and hairdressers Guido’s are looking forward to a bright future at the cutting edge of their industry.

Founder Guido Battista opened his first salon in Russell Street back in 1961 and established a glowing reputation for creating modern styles that traditional barbers wouldn’t even attempt.

“They were used to short back and sides and when customers wanted the longer cuts worn by the Beatles and Rolling Stones, they’d send them along to see Guido,” says his son Mauro.

In 1975 Italian-born Guido bought a former sweet shop in Princes Road and a few years later, with business booming, he opened a dedicated ladies’ salon across the road.

He was responsible for many of the bleached blonde wedge-style haircuts sported by Boro players including Tony Mowbray during the 1980s, as well as Alan Kernaghan’s perm. Italian stars including Gianluca Festa were also regular visitors.

Mauro now helps his dad run the thriving gents’ side of the business and sister Nicola is in charge of the popular ladies’ salon. Between the two they employ 17 people and they are always on the lookout for new talent.

“One of the things that set Dad apart was that fact that he was always keen to learn the latest techniques, and that’s something that we’ve continued,” says Mauro. 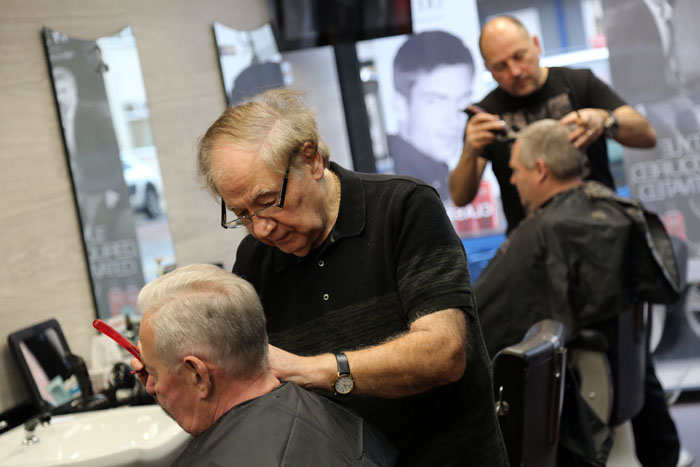 “We regularly visit London or bring experts up here to make sure our staff keep up with new trends. We use top quality products from brands such as Tigi and GHD, who also provide us with fantastic ongoing education programmes.”

Nicola adds: “We continually invest in training to ensure we stay up to date with the latest colouring and cutting trends, but we cater for everyone and also look after customers who just want an easy, manageable style.

“It’s all about maintaining the high standards we’re known for at prices that suit the area we’re in. A lot of our reputation is through word of mouth, which is something we’re very proud of.”

Some loyal customers have been returning for 45 years or more and the third and even fourth generation of many families still have their hair cut in the salon.

“We get everyone from babies through to OAPs, we don’t turn anybody away,” says Mauro, who says customers are now starting to ask for longer hair and more scissor cuts after several years where lengthy beards and very short crops were in vogue.

The gents’ salon has recently been refurbished and redecorated, while both sides have installed the latest LED lighting.

“We want to progress the business and continue to evolve it. We’re updating our website and looking into the possibility of using an app to help our customers book appointments.

“We’re one of the biggest and best salons in the North-East. We’ve stood the test in time and are still looking to grow further.”