A report that could be crucial in making Teesside a centre for the offshore wind industry has moved a step closer, led by the man voted by Tees Business readers as the region’s most inspiring business leader.

Sir Michael will launch the report at the Northern Skills Group’s STEM Centre in Middlesbrough next month when he will reveal some of his key findings to an invited audience of industry opinion formers.

The report will consider the detail of contracts undertaken by companies like Wilton Engineering and its partners in evaluating the effectiveness of the government’s UK content policy.

It will also investigate the supply chain that emerges from the awarding of sub-contracts, assessing the opportunities for companies at every level.

Containing contributions and insight into the offshore wind industry by sector specialists, the report will help further highlight the collaborative capabilities of the UK supply chain including the Tees region and wider North-East.

Speaking to 80 local business leaders at the Tees Business #TalkingUpTeesside event at the Riverside Stadium this week (above), Scott said he had given Sir Michael “free rein” and that the former energy minister was speaking to many people across the sector.

‘We have to Talk Up Teesside,’ mayor insists

A study published in 2017 by RenewableUK suggested that 48% of the expenditure in planning, building and running offshore projects in the UK goes to UK companies.

Sir Michael’s report will consider the local impact of this expenditure and look at the best practice that could enable the sector as a whole to achieve its 2020 target to source 50% of its work in Britain.

But Scott revealed that Wilton Engineering, which has won significant offshore wind contracts in recent months, had already set the bar hire in terms of keeping business local.

“Our company had been in the oil and gas sector for more than 20 years but the price of oil dropped like a stone, so we had to move across into something else – that was the offshore wind industry. 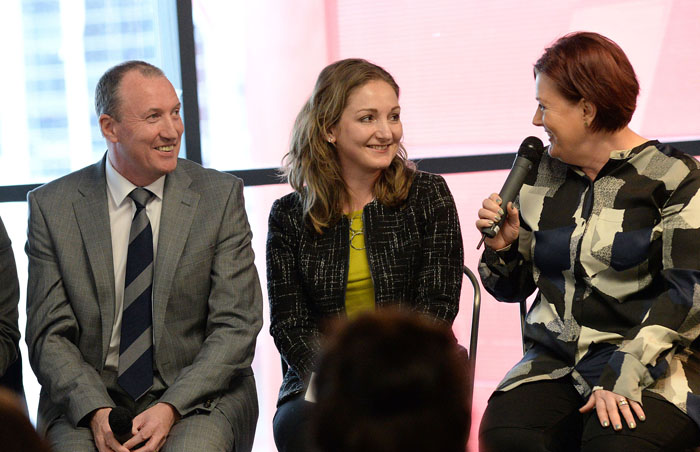 “We’ve been really successful and managed to pull in our first projects. Watch this space over the next few weeks and months when there will be more projects announced.

“What the people in Westminster I’ve talked to couldn’t believe is that we could manufacture 98% of everything needed for one of those offshore wind towers in Teesside.

“Something like 82% of everything we’re contracting is within a five mile radius of where we are. It’s amazing.”