Plans to turn Middlesbrough station into one of the region’s key transport hubs with a major overhaul have been given a major boost.

Tees Valley Mayor, the Tees Valley Combined Authority and Network Rail have agreed to invest £4.5m into the scheme, which would see the reopening of the station’s southern entrance, new glass frontage, a concourse on Bridge Street, and new shops and commercial units.

Full details of the railway station plans were revealed in the Spring 2018 issue of Tees Business, which can be read online by clicking here.

The new investment is necessary to prepare the station for direct services to London King’s Cross in 2020, and the new ‘Northern Connect’ express service to Newcastle – which will see larger, fully-refurbished and air-conditioned Class 158 trains arriving at the station from 2019.

The upgrades are expected to contribute almost £6m to the local economy, while Middlesbrough Council stands to benefit from an additional £300,000 a year in business rates. 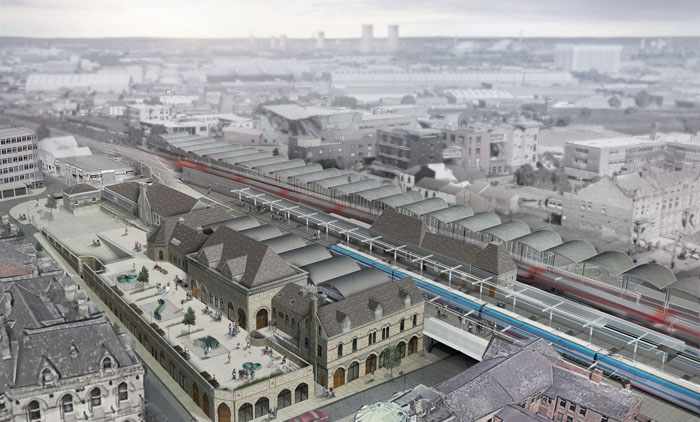 The ambitious project has evolved from a masterplan study led by Middlesbrough Council and funded by the Tees Valley Combined Authority and rail franchiees. It sets out an exciting the long-term plan for the Grade II listed station and its surroundings.

Tees mayor Ben Houchen said: “This massive £4.5m investment is only possible because of the hard work of my team at the Tees Valley Combined Authority and a generous cash injection from Network Rail.

“This is more than a simple face-lift; our plans will completely transform the station and drag it into the 21st Century. 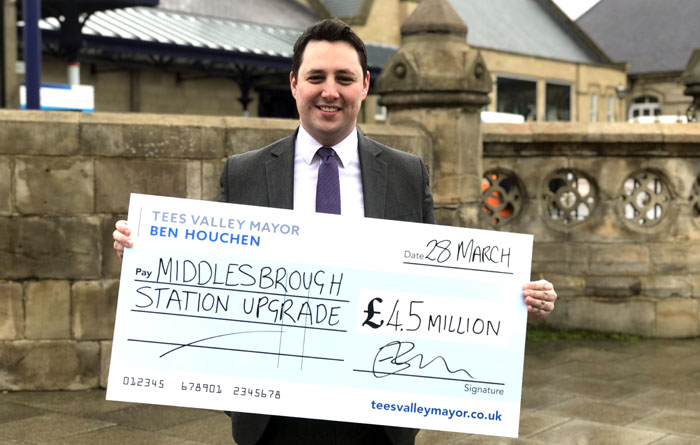 “As the second biggest railway station in the Tees Valley, Middlesbrough will continue to slip behind other areas unless we get spades in the ground as soon as possible.

“This project has been gathering dust for years and enough is enough. The time for talk is over and this £4.5m will make a real difference to the long-term success of Middlesbrough station as a gateway into our town.”

As a result of the commission, Middlesbrough Council and Middlesbrough MP Andy McDonald are working alongside the rail industry in the form of a joint programme board to realise both the site’s ambition and strategic potential over the coming years.

It will build upon work which is shortly to be complete in the form of Network Rail’s station renewals project that will see the completion of a 13-month, £3m project to repair the roof and stonework of the main station building.

Additionally, direct trains to London from Virgin Trains East Coast are due to begin from Middlesbrough in 2020.

A family-run Tees butcher, which was launched three weeks before the first lockdown, has survived through sheer hard work and the use of social media. […]