The Wilton International Site can return to its “glory days” as part of a new industrial revolution on Teesside. That’s the exciting message from the new man in charge of SABIC’s Teesside operations, Daren Smith.

In its heyday of the late Sixties and early Seventies, former chemical giant ICI employed up to 25,000 people on what was the largest chemical complex in Europe.

Now ICI is no more and the past ten years have seen the site endure difficult times with a series of plant closures by firms such as Dow, Invista, BP and Croda as a result of the economic downturn and fluctuating global markets.

But many more continue to thrive.

Lotte Chemical UK, Huntsman Polyurethanes, Ensus, Sembcorp Utilities and Suez all run significant operations on the site, too. And much more is on the way, with four major developments currently at various stages of pre-construction planning.

But SABIC’s newly appointed site director believes the remaining blue-chip companies, who between them employ around 1,500 Teesside people and engage hundreds more contractors and supply chain partners, could form the focus of a new beginning for the site.

Smith, who took on his permanent role at the start of 2018 after six months in an acting position, is confident that far better days are ahead if the right decisions are made.

And he reveals that high-level talks are ongoing within the region to devise a strategy that would see a series of ongoing investments and plant openings in the years ahead, creating hundreds or even thousands of high-quality local jobs for skilled professionals.

Sitting in his office in the Wilton Centre, Smith says: “The site’s ICI days embodied many great things for the Teesside region, and maybe, just maybe, we can make that happen again – it would be in a different way, of course, but it could happen.

“We’ve got the building blocks on the site to recreate the glory days of Teesside’s chemical industry.

“I get a big buzz out from getting up in the morning and coming to work here, with all the great things we are doing on the site. But it’s not just about sustaining what we have – it’s about growing for the future too.

“What excites me is what could come for Teesside’s chemical industry, with SABIC at the heart of it.”

Smith believes that repairing the region’s broken supply chain is the key to securing a thriving future for the Wilton site.

He explains: “With its high feedstock flexibility, SABIC’s Olefins Cracker is one of the most cost-competitive crackers in Europe. 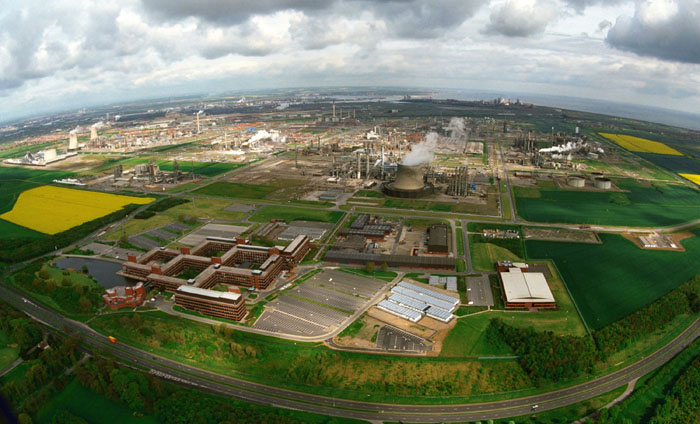 “Right now we liquefy a substantial part of our ethylene production before it is transported to customers in Europe as well as to SABIC’s polymer plants on mainland Europe. SABIC is managing the product flows across its sites in Europe in a cost-efficient manner but there is further cost-saving potential.

“So why not upgrade those ethylene molecules and add value to the product here on Teesside? We could take them into high or low-density polyethylene, or we could upgrade them into ethylene oxide and re-start the ethylene glycol and surfactants chain that we lost here some years ago.

“In the past, other companies produced ethylene oxide and others upgraded that into surfactants. Unfortunately, during the downturn, companies took business decisions to move their manufacturing bases from Teesside, some moved out of the business and others went under.

“But there is the potential to have those supply chains again and re-establish the UK surfactants sector here on Teesside.”

Smith says he is determined to drive the growth agenda, but is at pains to emphasise that SABIC cannot do it all alone.

He continues: “SABIC is a growing corporation, with worldwide aspirations. It has many other assets and growth capabilities to think about around the world, so our Teesside site is competing internally for finance and development opportunities.

“We can start the conversations and show willing. But it can’t just be SABIC – it needs collaboration and it needs investment from other companies.”

Smith reveals that talks are ongoing with the government’s Department for Business, Energy and Industrial Strategy (BEIS) about the potential for the Tees region.

“There are principle discussions going on at a high strategic level with BEIS,” he says. “We’ve talked about industrial strategy, broken supply chains, the excess of ethylene we have here and the type of things we can do with it.

“There is a vast site at Wilton – it covers 2,000 acres, the equivalent of 1,300 football pitches – with all the facilities, utilities and support networks needed to re-establish a world-scale chemical manufacturing complex.”

And he insists that there has never been a better time or opportunity for Teesside to seize the day and create a strong, sustainable future at the heart of the process sector.

“Everything we do has to build a sustainable future for the Teesside region, because chemical manufacturing is not only part of our heritage but part of our ongoing lifeblood.

“Right now we find ourselves in a unique position in terms of the new mayor, the network he brings and the influence he is able to leverage for the Teesside region.

“So now is the time for Teesside – and SABIC’s operations here -– to move forward, look beyond simply surviving and dare to dream.”

These four developments will create hundreds more Teesside jobs when work gets underway next year and beyond:

• Construction work is scheduled to begin next year on a processing plant for polyhalite rock from the new Sirius Minerals mine near Whitby, as part of an overall £2bn development.

• Also in the pipeline is a mineral processing plant, with Aussie firm Peak Resources awaiting planning permission to build a £70m unit to process rare earth ore that will make the core ingredients for magnets used in such things as mobile phones and motors.

• Planning permission is being sought by Sembcorp Utilities to build a new £700m gas-fired power station on the site of the former Enron/GDF Suez power plant. 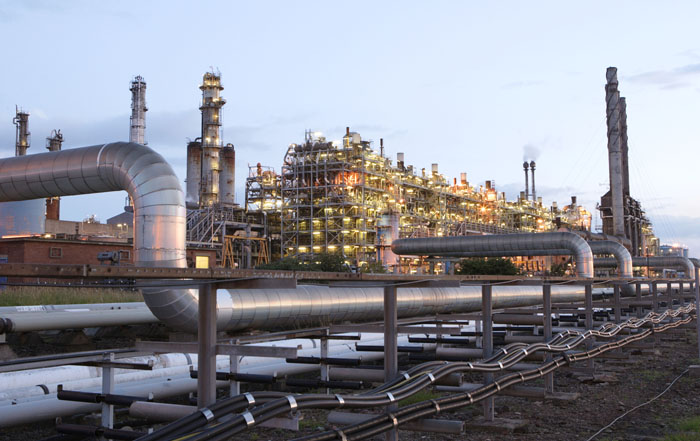 SABIC’s Teesside site director Daren Smith says levels of confidence and pride within the company’s 500-strong workforce are higher than he has known – but the Teesside operation must continue to innovate to retain its competitive edge.

The past two years have seen the global chemical giant invest multi-millions into upgrading its Olefins cracker at Wilton, near Redcar, resulting in a successful 2017 and reasons to be confident about the years ahead. But, he insists, the hard work starts now.

Smith, who has risen to head the company’s Teesside operations from humble beginnings as an apprentice at Darlington engineering firm Cummings, said: “In 2017 we had an excellent year for manufacturing.

“I see the plant’s reliability improving, I see the workforce aligned, engaged and motivated, and I see a real sense of purpose, optimism and ambition to a far greater level than I’ve known in my 17 years with the business.

“We’ve come through some difficult times to achieve the successful implementation of our Gas Cracking Project over the last two years, bringing in competitively advantaged feedstock to Teesside and delivering above expectation.

“So are we succeeding? Emphatically, yes, we are.

“But I will not allow us to sit back on our laurels and think that completion of the Gas Cracking Project was it – because we’ve only just started.

“Now we need to fight to retain our competitive edge. Having some of the cheapest ethylene molecules in Europe is a statement that will not stand the test of time if we don’t continue to innovate and build on our privileged position to create a sustainable future.”