Looks can be deceiving. First glance at Garry Lofthouse’s modest office within a discreet brick building tucked away in a quiet corner of Stokesley Business Park might easily lead the unwitting to believe this was a small insurance or accountancy firm.

In fact, Garry is director and chief strategist for what are right now two of the Tees region’s most exciting, innovative businesses.

Think cutting-edge technology that drives the world’s most technologically advanced submarines meets autonomous robotic systems that have global brand leaders purring and you’ll start to get the picture.

Together they launched Applied Integration with a view to slowly grow the business by building a steady stream of business clients across Teesside and beyond.

But they had seriously underestimated demand for the automated control systems they could design, build and deliver to the very highest of standards.

Applied Integration smashed the directors’ five-year business targets within its first 12 months. Then the giant leap forward every business dreams of came from completely left-field – not, as they might have expected, the commercial world they had planned to focus on but the defence sector.

The then three-year-old company’s new client was global giant Northrop Grumman – and their contract was to design, build and deliver world-leading automated control systems to the Ministry of Defence for installation on submarine technology experts say is on a par with the space shuttle. 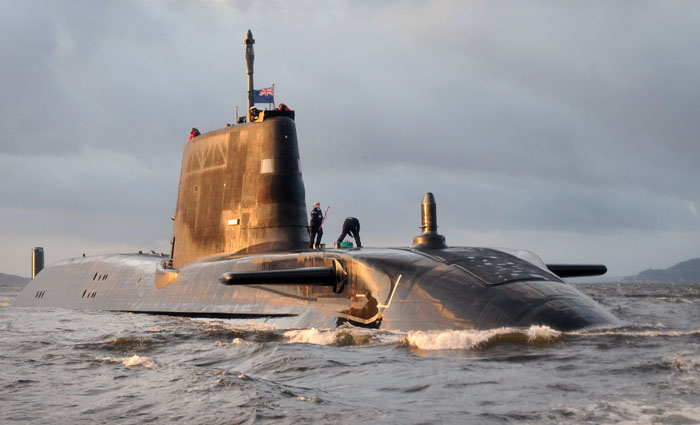 Although top line delivery for the last of four Astute-class submarines is due over the next 18 months, the firm will provide through-life support for the next 25 years, equating to a programme of more than 40 years through 2046.

“The defence project has been a huge success for us,” nods Garry. “We class it as our lottery win.

“It gave us an incredibly steep learning curve but it forced us to raise the bar to a level where we were able to meet the highest demands of customers who lead the world in their own market sectors.

“It opened so many doors for us and helped make the business what it is today. Prospective clients are naturally keen to know your potential so will often ask ‘What’s your largest project?’

“When we answer that we’ve designed the systems for the Astute nuclear submarine programme it tells them all they need to know.”

At one point, the company’s contract with the Ministry of Defence represented 80% of the firm’s income. That’s now changed to closer to 50-50 with commercial work.

“It was always a concern that we had all of our eggs in the defence basket,” Garry admits. “We realised we couldn’t rest on our laurels. Over the years the commercial work has continued to grow and is now starting to overtake the defence work.”

His vision having propelled Applied Integration into a £3m operation, Garry began to look to the advances being made within the field of robotics and artificial intelligence. Midway through 2017 Applied Scientific Technologies was born, with Garry and fellow director Lee joining forces with robotics specialist Jamie Marsay, who was looking for new opportunities after 17 years working for another laboratory automation supplier.

His two companies now work side-by-side, with the UK’s leading independent automation systems integrator moving into the science and emerging technologies arena by helping to launch the pioneering suppliers of custom-built robotic automated systems and instrumentation.

Garry recalls: “We highlighted 18 months ago that key and critical for our business were autonomous robots. We identified that this was where we needed to be.

“We were initially looking to create something within Applied Integration, but then Jamie’s CV came up. We knew Jamie a little already and it was clear we had the same goals.

“He wants to lead a business at the forefront of innovation, which is exactly what we want, utilising the synergies between the robot world and our industrial world.

“Without Jamie, we’d have gone ahead with the idea of autonomous robotic control systems but he brought great ideas and concepts to the table, as well as vast experience and knowledge of the field. It’s our challenge to transform those concepts into reality.”

Although the firm is currently in a heavy research and investment stage, Applied Scientific Technologies has already launched its first innovation. The Hyve acts as a robotic scientist, an artificial intelligence system designed to make advancements in chemistry and biotechnology.

The robotic autonomous system allows companies to build their own research scientist or production line operative, with machine intelligence allowing it to interact with operatives to undertake tasks too dangerous or difficult for humans to tackle.

“The new business has huge potential,” says Garry, with total confidence. “This is the future. We’re talking cutting edge of cutting edge technologies. 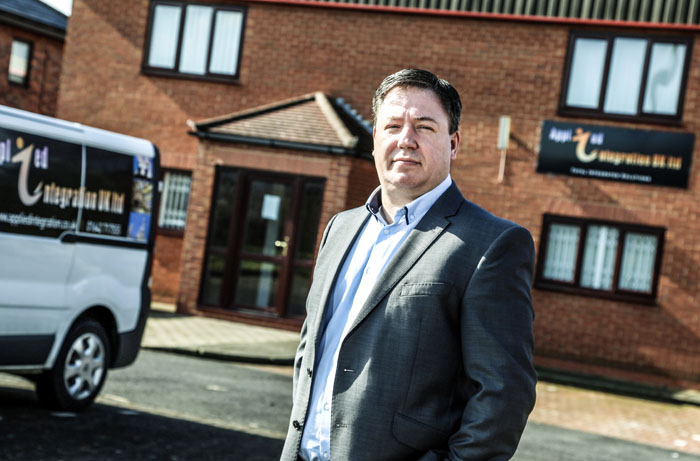 “We’re looking at Industry 4.0, IoT (Internet of Things) and advanced autonomous robotics, so it really is the leading edge of technology. Applied Integration is already there in the industrial sector but there is great synergy between the two companies.”

Along with their first commercial order for the Hyve, Applied Scientific Technologies will soon launch a prototype system Garry confidently predicts will cause a storm within the fast moving consumer goods (FMCG), life sciences and speciality chemicals research arenas.

“Experts within the international brand that has become our first customer for the Hyve had only seen our 3D design drawings before placing a significant order with us,” he says. “They have told us our solution is unique, that our visions are worth investing in.

“Once the prototype is built, we’ll start showing the world. There is a gap in the market for easy-to-use intelligent robots.

“We’ve had several meetings with senior people representing world class product suppliers who have been unanimous in their belief that what we’re doing is a game-changer for the industry.

“The expertise we have means we’re confident in being able to overcome any challenges. We aim to set the bar so high that globally we’ll be years ahead of the competition.

Within five years Applied Scientific Technologies are projecting to build up to 50 Hyve systems annually, with customers able to order off-the-shelf technology via a website and receive the product within two months against an industry standard of up to two years. Unsurprisingly, they are looking for new premises within the Tees region to allow such rapid growth, along with the recruitment of the very best engineers.

Meanwhile, Garry and his fellow directors will continue to drive forward Applied Integration. They’ve bounced back from the “reality check” downturn of a perfect storm that combined the closure of Teesside steelworks with the referendum and general elections delaying anticipated orders from the commercial and defence sectors.

In another innovative project, they designed and built an automation and control system designed to ‘disfigure’ – or inactivate – decommissioned British Army tank shells.

They’ve also joined forces with Teesside University on two Knowledge Transfer Partnership (KTP) projects – one of them to develop a unique software tool they predict will revolutionise the construction industry.

But it is the Stokesley firm’s work around the next generation of nuclear submarines that understandably gives Garry great pride.

He reveals: “HMS Audacious, our first submarine contract, is in the water now – they’ve done test dives with her and it will soon be ready to be handed over to the Royal Navy.

“It’s going to be an amazing feeling watching her leave for the sea at her official launch knowing our software is on board. It’s what we’ve strived for over the last 10 years.”

The roadmap for Applied Integration over the next 18 months features more automation and a further KTP with the university, whilst combining with Applied Scientific Technologies to clinch more major deals for their pioneering robotic technology.

“If we’re successful in our plans then the two companies combined could be three or four times what they are now,” he says.

“We’re looking at a turnover of between £10m and £15m within the next five years.”

With a wife and three children at home, Garry admits that achieving a successful work-life balance is an ongoing challenge.

“There are so many exciting things happening so the battle is to cram it all into each day,” he reflects. “I worked a lot of nights and weekends for nine years after we launched Applied Integration. I’d only just started to be able to spend more time with the family when we set up the new company, so I do take work home with me, but I don’t expect it to be so long-term this time around.

“Like the majority of business owners, I’m enthusiastic about what we do and I’m determined to make us the best we can possibly be – a business right at the top of its game.”

A game, it seems, in which robots will play an increasingly crucial role.