Mayor Ben Houchen has announced a major step forward to cement the long-term future of Durham Tees Valley Airport during an event to mark his first year in office.

Speaking at logistics firm AV Dawson in Middlesbrough, Mayor Houchen said on Friday: “I promised to the people of the Tees Valley that our airport should be run by the people, for the people.

“Over the last 12 months, I’ve had a series of informal discussions with Peel Airports. I am pleased to say those discussions are now entering a more advanced stage.

“I can today confirm that a proposal has been submitted to Peel, and a strict Non-Disclosure Agreement has been signed and agreed.”

Mayor Houchen also announced that a separate NDA had been signed with a well-established airport operator who is looking to work with him going forward.

During a speech in which the Mayor underlined his message of record of delivery and a promise of more, he also revealed that he was set to visit Thailand for talks to secure the former SSI steelworks site at South Tees Development Corporation.

He added: “Last week we took the next step to secure ownership of the land by commencing compulsory purchase proceedings, but this is very much Plan B.

“So later this month, in parallel, I’ll be travelling to Thailand to meet with the banks who own the SSI land. 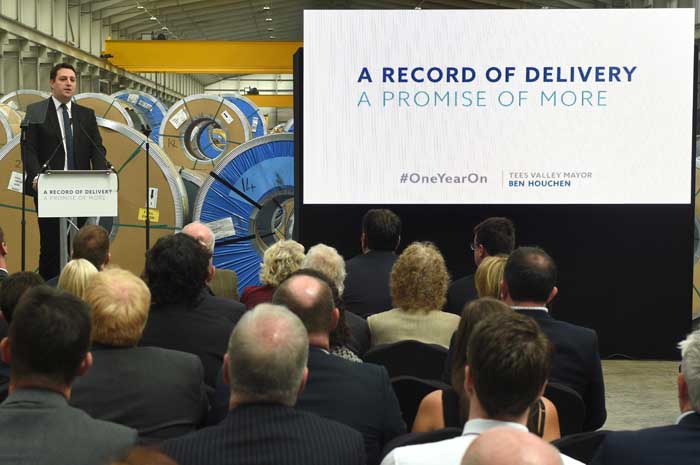 “I’m confident we’ll reach an agreement that works for the taxpayer, and will allow us to get hold of our land and start building on the site as soon as possible.”

Mayor Houchen also announced £44m of new spending commitments, including a £13m access to finance fund for small and medium enterprises, to “back our job-creators, innovators, entrepreneurs and risk-takers”.

A further £3m would be used to create a careers initiative, TeesValleyCareers.com which will be the first of its kind in the UK. It will target every school and college in Tees Valley, almost 100,000 young people.

Studies show that just four engagements with the world of work significantly reduces a pupil’s chance of being unemployed and that, on average, they earn 22% more than those who have not engaged.

Mayor Houchen said: “We have set ourselves a target to get 1,000 businesses engaging with 11-18-year-olds to directly inform them of local job offerings and career opportunities, with each child receiving seven meaningful employer engagements.

“We are going above and beyond to do everything possible to equip our young people with the skills they need to flourish, and provide businesses with the expertise they need to grow.”

Mayor Houchen also announced a £25m commitment towards the costs of completely redeveloping Darlington station. The money will come from a £59m fund that has been devolved to the Tees Valley from central Government.

Mr Houchen said: “This is a project of national significance to relieve pressures on the East Coast Main Line, and open up capacity on the local line too. 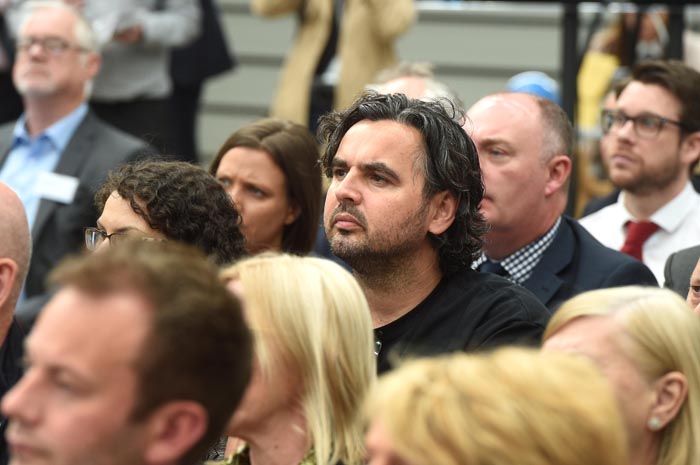 “Government will need to put its hands in its pockets too, but I’m willing to stump up £25million to kick start this project.

“Enough of the talk, enough of the pretty pictures. The people want us to deliver this, and we will.”

To “bang the drum” and attract new business to the region, Mayor Houchen announced that he will be travelling to East Asia in May with local businesses, kick-staring a new series of trade missions.

He said: “In two weeks’ time, I’ll be leading a delegation of Teesside businesses to Japan and South Korea. Two countries with a significant footprint in our region.

“From Nifco, Lucite and Lotte Chemicals, to Samsung, Fujifilm and Nissan – these are businesses investing, employing, training and exporting. 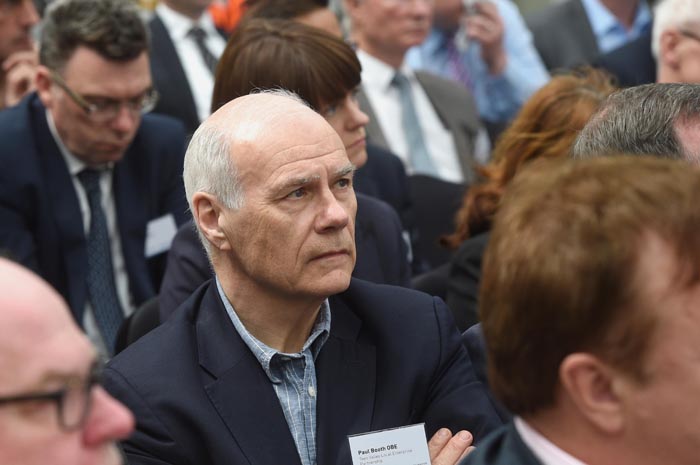 “We’ll be heading out there with local businesses, confident in ourselves, opening doors, closing deals, and building relationships.

“This will be first of many opportunities to bang the drum for Tees Valley on the global stage. If we won’t nobody else will.”

As well as announcing his promises of more for the future of the region, the event highlighted the record of delivery since Mayor Houchen took office.

This included securing £20m in new Government funding, including £123m for the South Tees Development Corporation site and £59m from the Government to improve local transport.

Mayor Houchen announced that over the past year, £51m has been invested in a number of diverse projects and programmes, supporting the creation of 4,000 new jobs. That figure is expected to more than double to £104m in 2018-19.

“We’re only one year in, but we should be proud of the start we have made together,” he added.

“The greatest enemy to progress is complacency. To coast when we should be decisive. 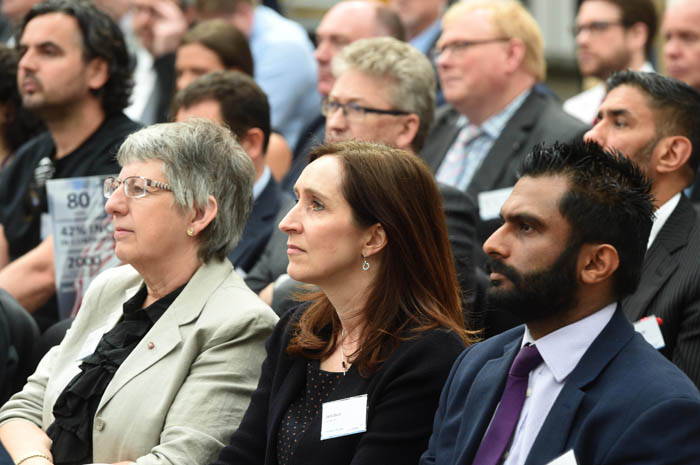 “Those were the clear instructions I was given by the people 12 months ago. That’s the job I’ve been asked to do.