Staff from four major Middlesbrough employers have taken the first step to a healthier, happier lifestyle by signing up to the Let’s Go Tees Valley commuter challenge.

The challenge is part of a Tees Valley project to help make a difference to the number of cars on our roads.

The week-long challenge, launched at Teesside University, sees workers replace between one and five days’ travelling in the car alone with walking, cycling, using the bus, train, or car sharing.

It is well documented that ditching the car in favour of active travel modes can have a significant impact to people’s health and wellbeing, as well as reducing congestion and improving air quality.

Middlesbrough Council, The James Cook University Hospital, Teesside University and Chemoxy International have signed up to compete in the challenge run by Let’s Go Tees Valley.

“We are all too aware of the problems caused by too many cars on the road,” said Paula Iddon, HR director at South Tees Hospitals NHS Foundation Trust. 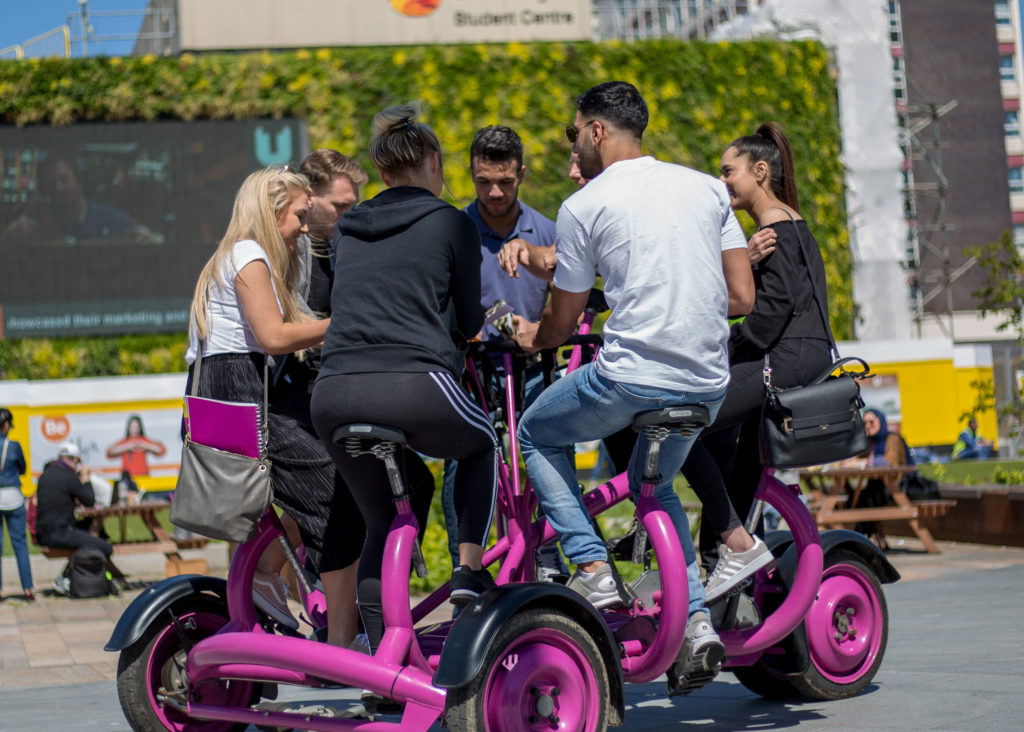 “Congestion on the way in and out of the hospital is a big issue for staff and visitors.

“In addition, as a Trust we see the health and wellbeing of our employees as a high priority.

“This challenge gives us the chance to demonstrate our commitment to improving the health and wellbeing of our staff, and making our environment better for everyone.”

“It’s great that Let’s Go Tees Valley is engaging with local businesses to get workers out of their cars and looking at healthier alternatives like cycling or walking,” said Tees Valley Mayor Ben Houchen.

“As our region benefits from the investment and jobs I’m working to deliver, commuter numbers will grow.

“I’d urge as many businesses as possible to get engaged with this challenge and continue these practices long after it ends.

“Getting our workforce fighting fit, while making commutes safer, greener and more efficient will keep Tees Valley moving and benefit us all.”

The challenge also comes during National Walking Month, the national campaign to encourage more walking in our everyday lives. Walking one mile takes around 20 minutes and burns up to 100 calories.

Currently, around eight out of 10 cars commuting to and from work have only one person in them, and almost half of car journeys are under two miles.

Almost two thirds of greenhouse gas emissions in the UK come from cars and there are 40,000 deaths a year as a result of air pollution. It is estimated that greener travel could save up to 8,300 deaths per year.

It’s not just the cost to our environment that is staggering. Traffic jams are thought to cost the UK economy around £9 billion a year, and on an individual level, a daily 40-mile commute by car costs around £1,500-2,000 per year, to say nothing of the wear and tear on your vehicle.

A recent BBC documentary on health and fitness advised three ten-minute bursts of brisk walking to bring even more benefit than the much hailed 10,000 steps.

It is thought that one tenth of the national health budget, which equates to around £10 billion a year, is spent on obesity-related health problems, and one in six patients in hospital has type two diabetes.