An ambitious restaurateur has re-launched his first venture eatery with an impressive refurbishment less than a year after taking it over.

Simon Fletcher acquired Baker Street Kitchen, on the corner of Baker Street and Albert Road in Middlesbrough, last July and quickly developed a plan to relaunch it with exciting new menus, to include weekend evenings.

He closed the already popular cafe for two weeks to give the place a new look.

And since re-opening in early April he has created nine new jobs to accommodate his updated food offerings, taking the total number of full and part-time staff to 21.

Simon, formerly the manager of Cena in Yarm, is now hoping to tap into Middlesbrough’s thriving weekend economy.

He said: “It’s definitely a busy market, but I think Middlesbrough is up-and-coming and the council is very active in supporting local business, including great events like the Pip Market and Restaurant Week and also developing schemes for office workers. 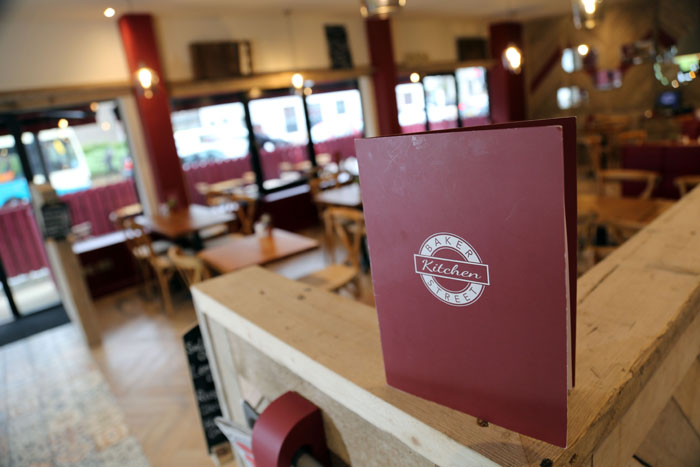 “Weekday nights aren’t always as busy, which is why we’ve focussed on weekends and our weekday offering to start with, but we’re doing really well already and business has really picked up since we made the changes.”

It’s been a whirlwind start to life as a restaurant owner for the Sheffield-born aspiring entrepreneur who only moved to Teesside a few years ago.

“It’s something I’ve always wanted to do, even when I was younger,” he added.

“I studied at catering college in Sheffield and worked in a Michellin star restaurant before work brought me up here.

“I helped the management of Cena open in 2014 and was with them for just over three years, but then I decided I was ready for the next step and do something different.”

Simon was quick to put his own stamp on Baker Street Kitchen, although added: “I’d already had lots of ideas, but I wanted to get settled in, get to know the customers and what they like, which is why we decided to start with the evening menu on weekends to start with.

“But now we have a lot of options for customers both during the day and on weekends, so we’re confident it’ll pay off.

And on the evening menu, dishes include starters of mussels arrabiata, risotto, and a sharing board, and main courses of lamb rump, seabass, seafood linguini and classics like pie of the day and burgers. Roast dinners are also served on Sundays.

Menus can be viewed online and tables can be booked at www.bakerstreetkitchen.com or by calling 01642 210404.