More than 90 business and community leaders from Redcar and Cleveland met to discuss the importance of culture and tourism to the local economy.

The Redcar | Cleveland Ambassadors breakfast networking event at Redcar Race Course included talks from some of the region’s most influential leaders.

Frans Calje, PD Ports chief executive and chair of the Redcar | Cleveland place marketing project, opened the talks outlining the theme of the day: How culture, leisure and tourism can bring about positive change to the economy and the lives of local people.

Frans said: “When we develop and grow our businesses, we create jobs and disposable income which in turn increases demand for restaurants, shops, leisure activities and events. This feeds back into the economy, creating yet more jobs and wealth. 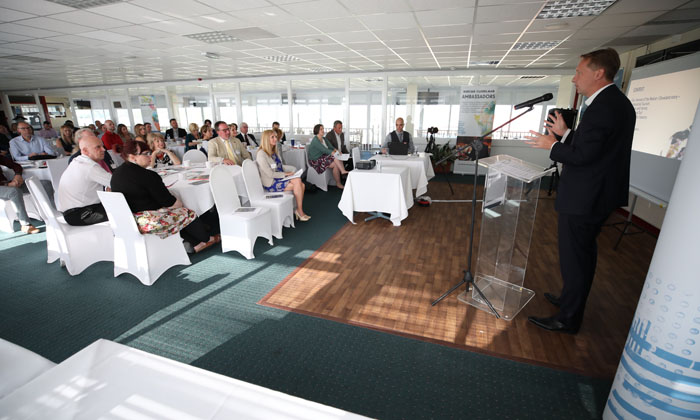 “We cannot underestimate the contribution of our region’s cultural and leisure offer to the economy.”

Following Frans were speakers from the region’s most valued events and attractions teams:

• Stella Hall, director of the Festival of Thrift, revealed the £800,000+ economic boost the festival delivers each year and the importance of including local people as the friendly faces that greet the visitors from all over the UK

As well as discussing the positive impact that leisure and culture brings to the region, the networking event was also an opportunity to encourage attendees to sign up to become Redcar | Cleveland Ambassadors.

More than 30 attendees were inspired to become Ambassadors on the day.