A special event this week marked the official start of work on one of the region’s most prestigious office developments.

Developer Ashall Projects was joined by key partners at the launch of construction at its flagship Centre Square development in Middlesbrough.

The scheme will also see improvements to the existing public realm to create a vibrant and iconic new civic space that works in tandem with the existing Centre Square.

The offices will be delivered in phases, with full planning permission in place for the first stage, and outline permission secured for the second phase.

Construction has commenced on the first two buildings, while three more will be built in the second phase of the development.

Contractor Bowmer & Kirkland has been appointed to deliver the project and are now on site with a 14-month build programme.

Ashall Projects director Mark Ashall – pictured above with Middlesbrough mayor Dave Budd – said: “This is a huge step forward for the Centre Square development and is the result of a great deal of hard work over an extended period by the partners involved in the project. We are really pleased to see spades in the ground.

“Centre Square provides an unrivalled opportunity to locate a business at the hub of a vibrant city with big ideas and aspirations, a city already undergoing a huge positive transformation.

“Now forward-looking companies will be able to occupy grade A office space with easy access to the local transport network and amenities and all the other benefits of a city centre location.”

Middlesbrough Council has agreed a 35-year head lease on the first two buildings Ashall will build as part of the development.

One will be a new home for council staff, with the other sub-let by the Council to a third party.

Councillor Charlie Rooney, Middlesbrough’s deputy mayor and executive member for city centre strategy, said: “As a destination of regional importance, Centre Square is a key part of our ambitious Investment Plan which we launched in 2017, so I’m delighted to see work formally under way on this important development.

“Bringing in a few thousand office workers into the heart of the city centre will be good for all businesses, especially the retail sector who will benefit by having a large new customer base all year round.

“These are the first steps in the creation of the best office accommodation between Leeds and Newcastle, and will further cement Middlesbrough’s status as the business and leisure heart of the Tees Valley.” 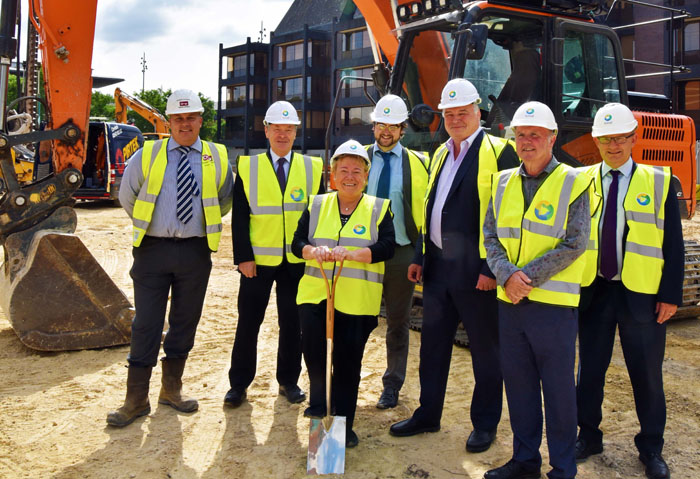