Seymour Civil Engineering has agreed a two-year extension to its partnership with Hartlepool United.

The Hartlepool-based firm, which is this year celebrating its 40th anniversary, is extending its long standing corporate backing of the club, which includes the sponsorship of H’Angus, as well as hospitality and match sponsorship.

Managing director Kevin Byrne – pictured above (second right) with Lisa Gooding, Pools chief executive Mark Maguire and first team manager Matthew Bates – said: “Hartlepool United is a vitally important part of Hartlepool and as a local company whose roots have been very much embedded in the town for the past 40 years, we are passionate about supporting organisations, like Pools, that mean a great deal to the people of Hartlepool. 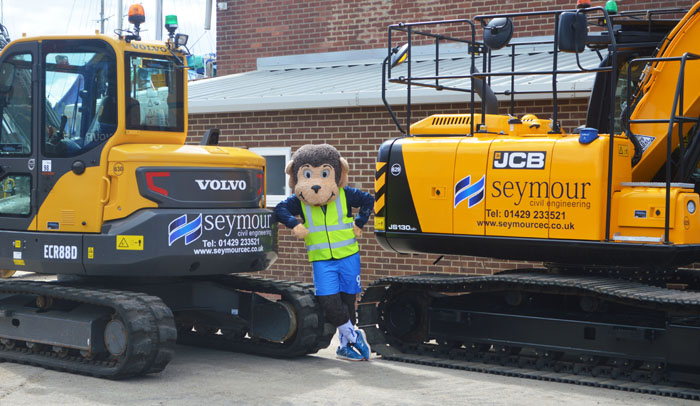 “Last year when the club was faced with financial uncertainty it was incredible to see how the community pulled together to help save the club.

“This show of love and determination from the fans, which includes many Seymour employees, really spurred us to look at how the company could continue supporting Pools going forward.

“We look forward to building an even stronger relationship with Pools and watching the club get back on top.”

Mr Maguire added: “During what was obviously a really difficult year last year Seymour Civil Engineering showed a level of support beyond what could have been expected.

“Not only were they sponsors but also suppliers and the company’s willingness to stick with the Club when they could easily have justified doing the opposite says a huge amount about their support for Pools.”