With the Transporter Bridge and Cleveland Hills looming gloriously large on opposite sides of the horizon, Professor Jane Turner must surely enjoy one of the region’s most spectacular panoramic views from her town centre office atop Teesside University’s futuristic gold building, The Curve.

It’s an appropriate vantage point for someone who has always aimed high and dreamed big – and Professor Turner is determined not to let cancer get in the way of her latest lofty goals.

Teesside University’s gender champion and pro vice-chancellor for enterprise and business engagement is just over a year on from being awarded an OBE for excellence in her field.

It’s also now 12 months since she received the devastating news she had an advanced form of ovarian cancer.

Despite ongoing treatment, Professor Turner is striving to raise the profile of women and celebrate the great things they are achieving in the Tees Valley’s burgeoning business climate – while trying to assemble role models and provide inspiration for the region’s younger women when it comes to the world of work.

It’s a battle she wholeheartedly aims to win while waging her own war against ovarian cancer and raising awareness about the disease.

Mother to an Army captain son and deputy head teacher daughter, the 51-year-old was on holiday with her husband in Italy late last August when she became ill.

A visit to an Italian hospital with the aid of Google Translate revealed something was seriously wrong, and extensive surgery and chemotherapy followed upon returning home after being diagnosed with stage 4A ovarian cancer.

According to her doctors, Professor Turner’s cancer is now at bay, although she is undergoing three-weekly treatment until Christmas with a drug that kills the blood supply to cancer cells.

Despite lingering uncertainty over her health, the Hexham-born professor says the situation has heightened her sense of urgency as she seeks to make a difference to the lives of women in the Tees Valley area she will always call home, having been brought up in Guisborough from the age of three.

“I turned 50 in March 2017, got an OBE in June and a cancer diagnosis in the September,” Professor Turner reflects. “What a hell of a six months. 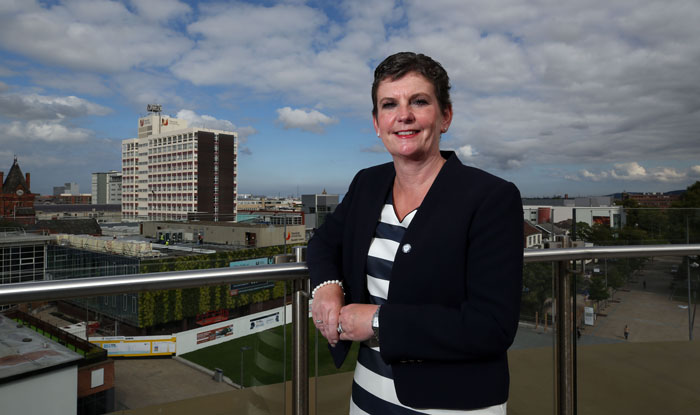 “I wasn’t well enough to get my OBE from Buckingham Palace, but they deferred it and I went to Holyrood Palace in Edinburgh in July just gone, met the Queen and got my OBE.

“It was absolutely amazing. My family was there and it was a light at the end of a very long tunnel.

“The number of times I said to my husband that I was never going to get to the palace, and he kept telling me I would.

“So you never know what’s around the corner, and with ovarian cancer, for the majority of women it comes back.

“For me, I’ve always been very driven and focused, but I’m even more so now because I don’t know how long I’ve got.

“That brings life into sharp relief as to what’s important.

“Getting the next generation to want to grow up, live and work in a region that’s buoyant is absolutely part of my role and responsibility.

“We should be able to reel off who are the role models for women in this region and we can’t do that – it’s a struggle at the moment and I want to change that.

“We need to be much more audacious, bold and daring because we have some amazing industries, organisations and people in this area and we need to be talking that up, not down.

“We live in a brilliant region, and it’s time to promote and embrace the women at the forefront of it and start talking it up instead of letting other people talk it down.”

Professor Turner will do just that on Thursday, November 8 when she will be the keynote speaker at Wynyard Hall as Tees Business hosts the inaugural Tees Businesswomen Awards.

It’s an opportunity she intends to maximise, having been struck by the maledominated leadership makeup of the Tees Valley business scene upon her return to work in the area almost three years ago.

Holding a doctorate in Business Leadership, Professor Turner worked as a leadership specialist at communications giant Orange and was head of HR at Benfield Motor Group before joining academia 13 years ago and subsequently taking up her prestigious Teesside University role.

“When I came back to the region I was quite struck by the external meetings, lunches and dinners I went to dominated by men, it was really quite pronounced and the balance clearly hasn’t changed over the years,” she explained.

“It’s very male-dominated in terms of the visibility of senior women in the region.

“So, as a university, we are passionate about the Tees Businesswomen Awards, and we are proud to be sponsoring the main award – the first Tees Businesswoman of the Year.

“There have been mixed reactions from some – suggesting that we shouldn’t have to do this, women should be recognised – and I completely agree.

“But that’s not where we are at. So we need a disrupter to start to create some momentum and change and I think the Businesswomen Awards, along with the other work I’m doing with Simone Roche MBE, the founder of Northern Power Women, which campaigns for gender equality, is going to really drive that momentum for change.”

National media findings in 2016 that Middlesbrough was the worst place for young women to grow up in England and Wales when it comes to opportunities and standard of living have also provided fuel for Professor Turner’s campaign.

“That’s just not acceptable,” she said. “We are actually in a sweet spot at the moment. There is a renaissance going on in the Tees Valley in terms of the appointment of the mayor and the devolution deal is the big opportunity for the region as well. 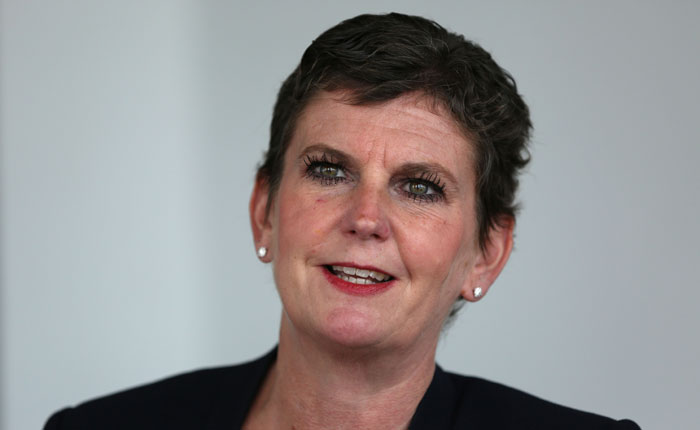 “And we’ve got a lot of interest from potential inward investors who want to come and establish themselves here, in terms of the South Tees Development Corporation site. The opportunities are there for that to be an amazing business park.

“So it feels a very positive region, and when I talk to people further north they recognise that there is something very different going on in the Tees Valley right now.

“There is a different narrative, different energy levels, passion and determination to change the status quo, so let’s better engage and recognise the role that women can play too.

“We’ve got thousands of female students here at the university, and I want many of them to stay here after they graduate.

“And I want it to be a region where they feel comfortable and confident as young women to walk into graduate-level jobs, and also that there is a network of women for them to be engaged with and to learn from as well.”

Drawing upon her own experience, Professor Turner is making time in her packed schedule to act as an ambassador for national charity Target Ovarian Cancer too.

“I’ve become an ambassador for the charity to raise awareness of the symptoms of ovarian cancer because they are pretty subtle, but there are symptoms that are recognisable,” she said.

“If I can save one woman by being diagnosed early enough to not die from this, then that’s a good achievement in my view.”

Her busy agenda even features plans to publish a book of 100 inspiring Northern women to distribute in businesses and schools.

Most Teessiders would probably agree that Professor Turner deserves her own chapter in the book.

Ovarian Cancer has four main symptoms: persistent stomach pain, persistent bloating, difficulty eating/feeling full more quickly and needing to wee more frequently. Other symptoms that you might notice include back pain, changes in bowel habits and extreme tiredness for no obvious reason.

If your symptoms are persistent, severe, frequent and out of the ordinary, you should make an appointment to see your GP as soon as possible. Keep a record of what symptoms you are experiencing to take with you as this will help your GP make a speedier diagnosis.