Applied Integration’s plans for a large expansion of its panel workshop has received a significant boost after the Stokesley firm completed its biggest project to date, for the design, manufacture and testing of a motor control centre.

The £20,000 contract with Skinningrove firm TC Industries was perfect timing for Applied Integration as they moved into much larger panel shop facilities that allow them to bid for significant MCC work in the oil and gas, power, offshore and marine sectors.

Applied Integration has gained a worldclass reputation for providing cutting edge solutions to 21st Century industries, designing and developing the safetycritical automation and control systems for customers in the petrochemicals, oil, gas and defence sectors.

But the firm is now keen to talk to more North-East firms about its expertise in designing, building and testing intelligent motor control centres (MCCs) and both electrical and pneumatic control panels, assemblies to control electric motors within commercial buildings, industrial factories and plants.

Applied Integration won praise from TC Industries after the completion of the fiveweek project to supply the MCC for their European manufacturing headquarters in Skinningrove, near Saltburn.

Leaders in the field of commercial heat treating services, with centres in Canada and the USA, a key part of TC Industries’ heat treatment of steel is the quenching process – cooling the material in a tank of ambient water.

As part of work to replace an outdated quench structure, TC Industries turned to Applied Integration for the required MCC, having previously been impressed with project work between the two companies.

Sam Martin, automation technical lead for TC Industries, said: “The IP rating on our previous MCC panel had diminished to the point that it no longer met British standards. Having decided to start afresh, it was an obvious choice to work with Applied Integration as they have a leading reputation and had been first class when we’d previously worked with them.

“Heat treating is a core of what we do at TC Industries and when it comes to the quench there’s nothing more critical than the MCC. Without it, we simply wouldn’t have a project.

“From the outset, we were determined to not only replace but improve the project, so we’ve made it user-friendly and futureproofed it. While we designed the software in-house, Applied Integration covered off the electrical side of the job.

“The work they carried out was, as expected, first class, so we’re delighted. Not only would we not hesitate to work with them again, we’ve already offered them more work.”

Applied Integration director Roy Coleman said: “The most important aspect of this job is that TC Industries were delighted. The client has written the software so they they’ve put their own stamp on it, making it a true partnership. 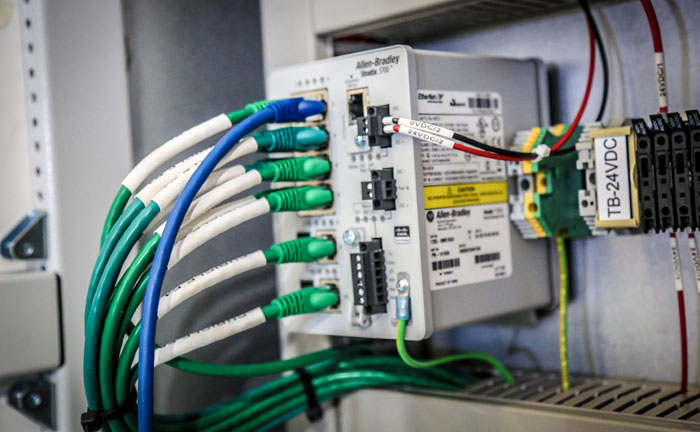 “We would usually be expected to write the software but we have the flexibility to work as part of a project team with our customers. The advantage we offer is that we don’t just build the switchboard, we have the complete solution.

“In this case, we designed, built and tested the MCC, achieving the highest safety standards compliant with all the latest legislation.”

Roy’s fellow director Garry Lofthouse said the challenge now was to meet increasing demand for their expertise in developing intelligent automated MCCs for a wide range of industries.

“While this was the largest panel we’ve built to date, we’ve got some exciting strategic expansion plans as our move to a far bigger control shop means we’re able to provide much larger control systems.

“We didn’t want the size of our workshop to restrict our growth and so it was decided we should move to larger premises local to our current operations in Stokesley.

“We’ve seen an increased demand for larger MCCs and generator panels, so it’s essential that we have the space to manufacture these larger items while following our class-leading approach for quality and design.

“MCC panels might not be an area of expertise Applied Integration is best known for but it is a significant growth area for us.”

Panel shop manager John Hall added: “Moving to a larger facility means we’ll Stokesley firm moves to larger panel shop to meet increasing MCC demand be able to complete more of these largescale projects in the knowledge that we will have the capacity to complete them simultaneously when required.”

The firm is now looking to move into higher value critical control applications and is actively striving to work with new industries including infrastructure, utilities, offshore platforms and marine sectors.

Garry continued: “Every manufacturing facility, plant and factory relies on an MCC for its main power, so we’re keen to talk to more organisations across Teesside, the North-East and beyond about updating, obsolescence and replacement. 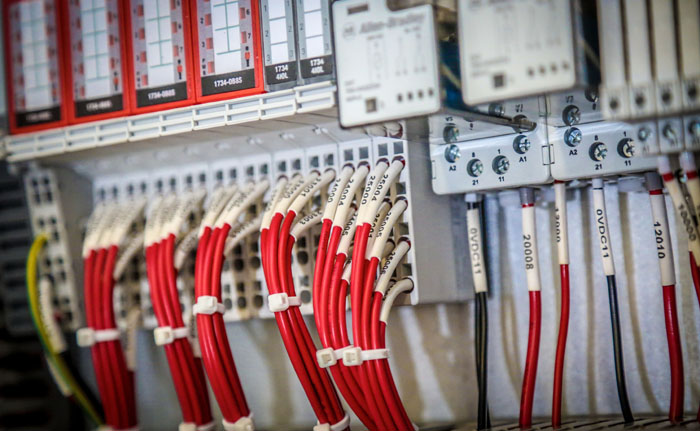 “With our in-house experience and expertise in designing, building, testing and commissioning MCCs, we’re perfectly positioned to handle some major contracts,” continued Garry.

“The TC Industries MCC was a manual system but we also have in-depth knowledge and design of intelligent automated MCCs which can monitor and switch power to where it’s needed in buildings, plants and factories.

“What’s more our experience isn’t only in designing and building the MCCs but in developing the hardware and software that can meet customer control functionality and philosophies.”