It is undeniable that the AV Dawson name is synonymous with Teesside. In the year that the family-owned business has reached octogenarian status, we take a look back at how the company has powered through one world war, four recessions and navigated the ever-changing and sometimes challenging Teesside business and industrial climate to become one of the region’s largest and best-known family businesses.

The site, which has direct access to the River Tees, includes port operations, rail terminals, road haulage and warehousing. Perhaps its most identifiable feature is its 42-metre high grey and white fabrication halls, visible across Teesside, standing proudly alongside the Transporter Bridge.

MD Gary says: “Looking back over the last 80 years, I take great pride in how far this family business has come. 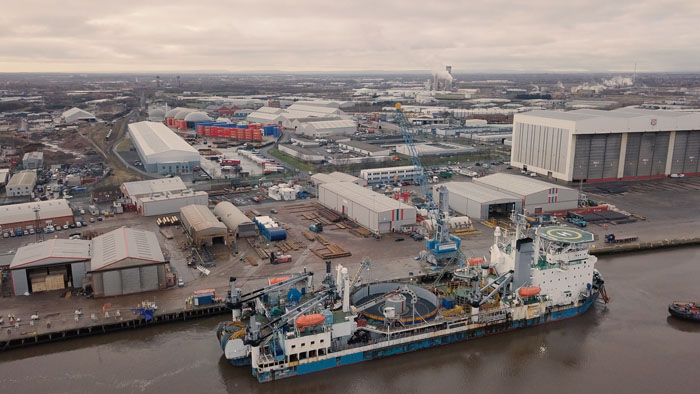 “When I say family, I don’t just mean the Dawson family. I include all AV Dawson staff, as without them this business wouldn’t be what it is today.

“We remain very firmly a Teesside company and will continue to invest in our people and our business to ensure we provide the best support to our customers and our local community today and into the future.”

AV Dawson was famously started by Arthur Vernon Dawson in 1938 with the princely sum of £50 which had been raised through the sale of a second hand car. With the money, he bought a horse called Dina, a cart and a load of coal to sell. AV Dawson was born.

In the winter months, selling coal was a full-time job. However, in the summer diversification was needed, and this was where Dina could be seen pulling light haulage loads, furniture, timber and construction materials, giving an indication of things to come.

Even in war-time the business boomed, and Vernie went on to buy a six-wheeler lorry to transport coal direct from coal fields in Durham and Northumberland.

The firm’s early explorations soon led the company to sell the coal business to concentrate on road haulage. AV Dawson was now outgrowing its premises on Emmerson Street, Middlesbrough, and moved to a larger facility on Newport Road.

It wasn’t long before the business grew further, moving to a new base on the town’s Lloyd Street. It was in 1973 that AV Dawson made the most significant move in its history, acquiring a six-acre site on Middlesbrough Wharf, later named Dawson’s Wharf, where the business still operates today.

Soon after the move, Vernie stepped down as managing director due to ill health, passing it on to co-director and wife Eleanor, who not long after, handed over the reins to their son, Maurice Dawson.

By 1980 the site had grown to 11 acres and the company had increased its haulage fleet with the acquisition of haulage business WG Thomas, raising its fleet to more than 60 vehicles. Major investment continued with development of industrial units and site infrastructure.

After the closure of British Steel’s Ayrton rolling mill in 1985, AV Dawson saw the opportunity to diversify, purchasing the facility to store 20,000 tonnes of potash.

The business passed a pivotal point in 1985 when it acquired a much sought after licence to bring the Middlesbrough wharf back to life after being closed for many years.

1991 saw the completion of the company’s first concrete quay and over the next seven years the wharf grew substantially, handling imports and exports.

It was only in 1998 that AV Dawson purchased one of the most visible features on the Teesside landscape by acquiring the adjacent offshore fabrication yard, which included the large fabrication halls. Today the site is known as the North Sea Supply base. This allowed AV Dawson to discharge larger ships and extend its quayside to one kilometre.

AV Dawson continued to grow, welcoming in the millennium with the promotion of Gary Dawson to managing director, with Maurice taking on the role of chairman.

Over the coming years AV Dawson was to purchase several sites to support the growth of the oil and gas, container and renewable energy markets.

Revenues were boosted through the creation of a new group of companies in value-added activities. Today the business has three sister companies including ships agency Cockfield Knight, trailer sales and hire company Tees Valley Trailers and steel processing facility Millserve.

2015 saw the completion of a three-year, £12.5m master plan which enabled the company to grow by more than a third. 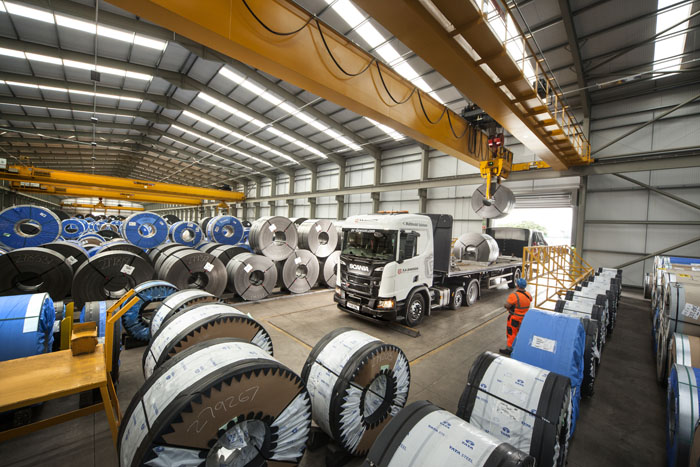 The three-phase plan included a £2.6m intermodal rail terminal, which provides freight firms with a direct link to the East Coast mainline, and a £3.4m project to extend its quay and dredge the river, creating a deepwater quay which allows companies to kit out vessels and ship wind turbine components out to sea.

The final phase was the opening of its £6.5m automotive steel distribution centre, supporting Nissan’s just-in-time production processes with rail and road transportation and storage of steel coil.

The business continues to invest in its growing facilities and in the last nine years has invested over £30m in infrastructure but will also be investing a staggering £11m in just the next 12 months.

It is this investment, alongside values of safety, integrity, family and resourcefulness, as well as the continual development of its employees, that has enabled the business to continue to expand and diversify.

AV Dawson is a large source of local employment, with more than 96% of its employees being resident in the Tees Valley.

With such a high proportion of people employed locally, the company believes in giving back to the community in which it operates and is a big supporter of the Middlesbrough and Teesside Philanthropic Foundation.

The future is certainly bright for AV Dawson, which prides itself on delivering excellent service. This level of service has seen the business establish partnerships with major players including British Steel, British Gypsum, Prysmian Group, Tata, Nissan and Tarmac, to name just a few.

From delivering coal by horse and cart to the company it is today, it will be interesting to see what this stalwart of the Teesside business community achieves in the next 80 years. 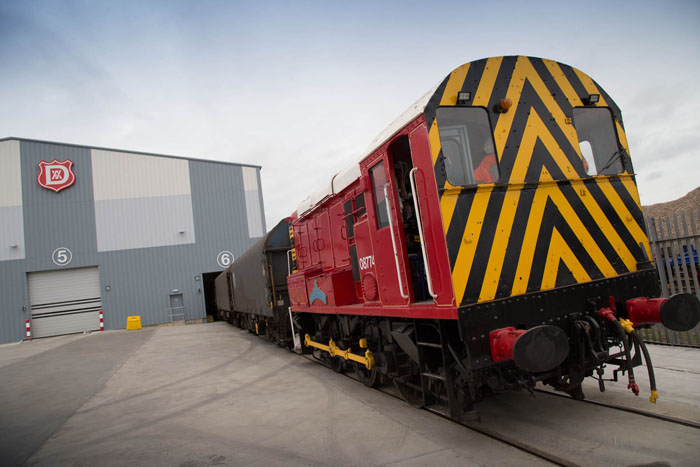