Teesside University is to represent the United Kingdom in a European competition which recognises excellence in entrepreneurship and entrepreneurial endeavours.

The university is the UK finalist in the European Enterprise Promotion Awards (EEPA), which celebrate diverse enterprise projects from across the continent.

Teesside was put forward for the award following its success last month in the 2018 Enterprising Britain Awards (EBA), where it won the Improving the Business Environment category.

The award was given for its work in anchoring economic growth in the Tees Valley, achieving significant and tangible results in helping the region to overcome the loss of key industries.

In addition to university and TVCA resources, a significant proportion of it has been supported by the European Regional Development Fund.

As a result of its EBA success, Teesside University was among 56 projects from 32 countries going forward to the European level of the competition.

A shortlist of 19 across six categories has now been announced by the EU-level judging panel. Teesside University is competing with entries from Romania and Spain in its category.

Jane Turner (pictured), pro vice-chancellor for enterprise and business engagement, said: “As an anchor institution in the Tees Valley, driving economic growth is a key part of Teesside University’s mission.

“We are delighted to be able to be selected to showcase our work at European level, and compete on the European stage.

“This caps a fantastic month for us where, as well as our success in the EBA awards and our shortlisting for Times Higher Education Entrepreneurial University of the Year, we welcomed the Business Secretary Greg Clark to our campus for the Prosperity UK conference. 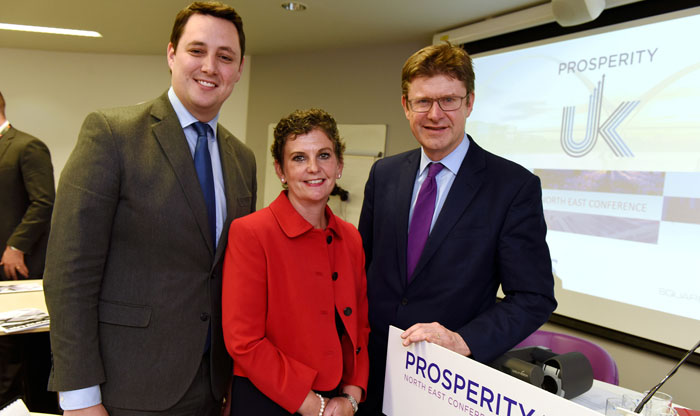 “The Secretary of State was able to witness first-hand our role in meeting the demands of the Industrial Strategy.”

Tees Valley mayor Ben Houchen added: “This is an outstanding accolade for Tees Valley to be representing the UK.

“Our investment and partnership with Teesside University to nurture and develop home-grown talent, highlights our ambition of bringing industry and academia even closer together.

“These results are becoming evident and truly paying dividends and once again firmly putting the region on the international map. Tees Valley is truly a place to invest and succeed providing outstanding opportunities to learn, live and work.”

EEPA winners will be announced at the SME Assembly in Graz, Austria, between November 19-21.