Teesside business executives are preparing for a fifth annual sleepout as they play their part in the fight against local poverty and homelessness – following on from the success of Darlington’s first-ever CEO Sleepout event.

Thirty business leaders took part in Darlington’s inaugural CEO Sleepout at Mowden Park Rugby Club, with well over £20,000 expected to be raised and divided between the CEO Sleepout charity, Changing Lives and Firststop when all donations are in. 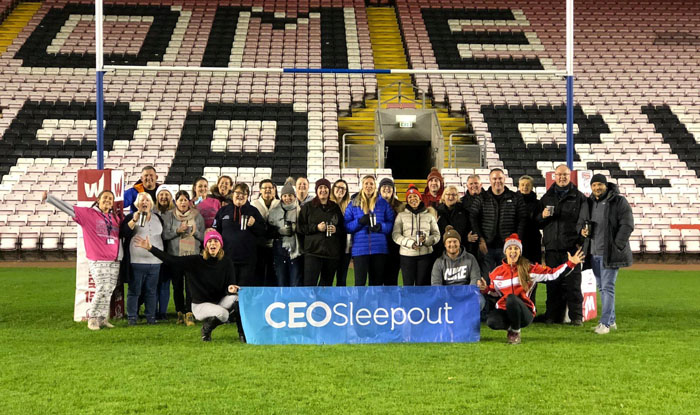 And the annual Teesside CEO Sleepout is now set to go ahead on Monday night, November 12, with more than 60 leading members of Middlesbrough and Stockton’s business communities poised to brave the elements for the charitable cause.

With support from Stockton Council, the outdoor Victorian Street within Preston Park Museum will play host to the event organisers promise will make a lasting impact on all participants.

Two previous events on the Victorian Street have raised a combined £75,000.

CEO Sleepout organiser Bianca Robinson is looking forward to the event following the success of the first-ever Darlington edition, and is encouraging as many business leaders to get involved as possible.

She said: “We’re aware that many local businesspeople have already taken part in a CEO Sleepout event, which is now a much anticipated fixture on the Teesside business calendar.

“This time we’re asking them to join us again and make it even more fun by bringing along their business team for this special challenge.

“Although the number of rough sleepers in Darlington is relatively low, homelessness is still a big issue with sofa surfing and exploitation of those with nowhere to live.

“Our participants really got behind this, and toughed it out pitchside, waking up in freezing fog. The temperature dropped to zero during the night, but it really was worth it.

“I’d like to say a huge thank you to all who took part and to those generous individuals who sponsored them, and we’re now really looking forward to the next Teesside event.”

ResQ Limited CEO Nic Marshall was one of the participants in the Darlington sleepout and said the whole experience “really opened my eyes to the suffering that homeless people have to go through – I can’t think of any other word for it.”

To register as a business leader or as a team for CEO Sleepout Teesside, visit ceosleepoutuk.com/middlesbrough