Good evening and thank you Dave and Martin for inviting me to speak at the inaugural Tees Businesswomen Awards. It is an honour to be offered a platform to illustrate an issue that I am so enthusiastic and driven by.

I’m pro vice-chancellor for Enterprise and Business Engagement at Teesside University and the gender champion for the university, a role that involves driving for gender parity amongst our staff, students and graduates. A significant percentage of our graduates remain in the Tees Valley after completing their studies, and I see it is my responsibility to ensure that all graduates, and particularly young women, who choose to live and work here, experience an environment that promotes rather than restricts their potential.

So, I would like to take the opportunity this evening to illustrate the following:

1. Where we are now in terms of gender equality from a global, national and regional perspective – what do the stats tell us;
2. Why it is so important that we push for change;
3. What the challenges and barriers are and
4. How we, as a region, can change the trajectory.

Some key statistics from a global perspective are as follows…
1. 63 million girls across the world are denied an education;
2. Every year, an estimated 15 million girls under 18 are married worldwide, with little or no say in the matter;
3. In the least developed countries, barely 60 per cent of girls complete primary school and just 30 per cent enrol in secondary school
4. Women perform 66% of the world’s work, and produce 50% of the food, yet earn only 10% of the income and own 1% of the property;
5. Women with full-time jobs still earn only 77 percent of their male counterparts’ earnings;
6. Only 22.8 per cent of all national parliamentarians were women as of June 2016, a slow increase from 11.3 per cent in 1995. At the current pace, it will take another 40 years to reach equal representation.
7. Less than 30 percent of the world’s researchers are women.

While women worldwide are closing the gap in critical areas such as health and education, significant gender inequality persists in the workforce and in politics.

Given current rates of change, the Global Gender Gap Report 2017 estimates it will be another 217 years before we achieve gender parity across the four areas of health, education, workforce and politics. 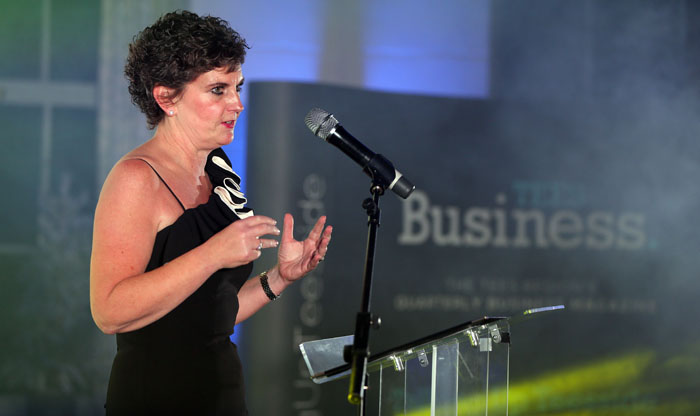 And from a UK perspective in the workplace specifically…

If the gender pay gap were to be closed today, women would on average receive a £6,300 annual wage increase (equivalent to £90bn collectively in the UK)

In education…
1. Over three quarters of female secondary school pupils in the UK who attend mixed schools claim that they have been on the receiving end of sexist comments from other pupils. Gender Trust 2016
2. 38% of the secondary school workforce is male, but men are appointed to 72% of head posts. Only half of women teachers are promoted to assistant head and even fewer (44%) get to be deputies.

Against this portrayal, the World Economic Forum Global Gender Gap Report 2017 estimates it will take until 2095 to achieve global gender parity in the workplace.

80 more years until companies and governments are equally led by men and women. And arguably, 80 more years of talent pipelines and professional promise not fully realized.

In terms of 5 markers:
1. childhood poverty levels,
2. life expectancy,
3. teenage conception rates,
4. GCSE results and
5. percentage of girls aged under 18 not in employment, education or training.

Aspiration and ambition are the lowest of all regions – Global Entrepreneurship Development Index report 2014 places the North-East region 12th out of 12 for entrepreneurial ecosystem around aspiration, ambition and aptitude.

1. Women in the North East are the least likely in the country to launch their own start-up business.
2. Data compiled from Aston University found only 2.8% of women in the North East would describe themselves as early-stage entrepreneurs.
3. The statistics, which cover 2013 to 2016, are the lowest levels in the UK, with the region one of only two regions to see falls in female entrepreneurship in recent years.
4. The new research shows that women nationally are closing the gap on men in levels of business start-ups, though men are still nearly twice as likely to be entrepreneurs as women.
5. The number of women early-stage entrepreneurs increased by 45% during the last 10 years, but in the North East and the South West the rate actually decreased. (Bdaily Report, 2017)

It is apparent that the visibility and voice of women in the region is lacking – observational research shows this.

So why is gender parity so important? Gender inequality is not only a pressing moral and social issue but also a critical economic challenge. If women—who account for half the world’s population—do not achieve their full economic potential, the global economy will suffer.

From an economic perspective…

• There is a positive correlation between GDP per capita and gender equality. In fact, raising the female work force participation rate to male participation rates would have a positive net impact on GDP in both developing and developed countries.
• More equality equals more productivity. Worldwide, women in the workforce contribute both directly and indirectly to productivity gains. Indirect gains come from their greater investment in their children’s health, education, welfare and other success drivers.
• The direct gains can be great as well. Male- dominated industries could increase their productivity in many countries from 3% to 25% through improved female work force participation.
• Better gender balance on boards equals better share price and financial performance. From 2005 to 2014, boards with a higher-than-average percentage of women outperformed those with fewer than average, by 36%.
• More gender-balanced leadership equals better all-around performance. Companies with more women in leadership increase focus on corporate governance, corporate responsibility, talent dynamics and market acuity.
• More women political leaders equals more prosperity. When women are elected to office in countries with internal unrest, these economies can experience a significant boost compared with results under male leaders.

So why is it so difficult to accelerate progress around gender equality?

It requires a significant shift in attitudes and beliefs (stereotypes, gender norms, call them what you will) regarding the role of women. Our cultural attitudes play a strong role in influencing the status of women in society and work and these attitudes, among both men and women, shape the level of gender parity considered appropriate or desirable within each society.

My doctoral research echoes the layers of sedimentation that get laid down on us and the effort needed to drive attitudinal shift.

I will show you the power of societal attitudes:

The gender bias/norms are undermining our social fabric and economic potential, to the detriment of us all. This is an utter waste of half of the world’s human potential.

Political, economic and social equality for women will benefit all the world’s citizens. But we have to work together so we can eradicate prejudice and work for equal rights and respect for all (Global goals.org).

I propose that our collective purpose and moral responsibility has to be to create a better future for young girls and women in the Tees Valley. To come together to challenge and disrupt the status quo, the gender norms, the attitudes, the stereotypes. 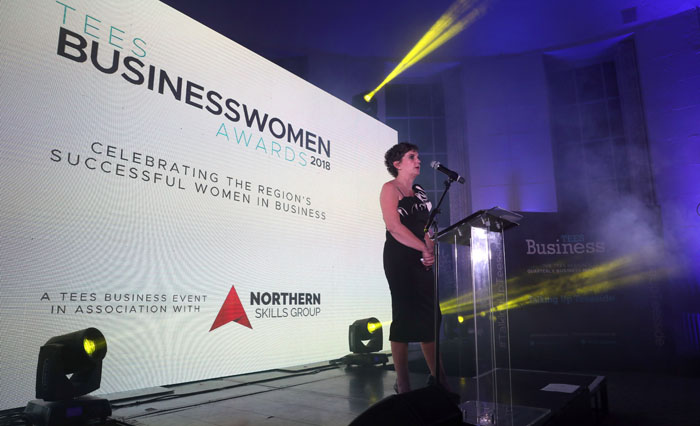 Wouldn’t it be astounding if we were recognized as the most enlightened and forward-thinking region in driving gender equality? Imagine the economic and social benefits that would ensue for the Tees Valley.

As Sir Richard Branson claims, “Every great movement in the world starts with a tiny group of people who simply refuse to accept a situation.”

I propose some suggested actions to start the movement for change:

1. We need to open up avenues for young girls and women to engage in entrepreneurial activities and entrepreneurship, advocating more female entrepreneurs – schools, colleges and the university can play a key role here – but we need a joined-up plan;

2. Removing barriers to women moving into positions of responsibility and leadership are areas where the business sector plays a particularly effective role e.g. in selection boards, thus ensuring fair representation. We could ask all businesses in the region to sign up to a pledge ‘No Women No Panel’ is a campaign with a goal to raise awareness of having gender balance in panels and public events.

3. By collectively, as a region, driving the STEM agenda ensuring that girls have access to a broad range of life skills and vocational training;

4. By 1,000 businesses signing up to offer a ‘meaningful’ encounter to young people, girls in particular. A meaningful encounter is defined as being an experience where a student has an opportunity to learn about what work is like or what it takes to be successful in the workplace.

5. Latest research from the Careers and Enterprise Company 2017 shows that there is an 86% reduction in the chance of a young person being NEET following 4 or more meaningful encounters. By the end of 2020 schools will be obliged to offer 7 meaningful encounters. A key strand of the Teesvalleycareers.com ambition. https://www.founders4schools.org.uk/signup/business-leaders/

6. Programs to engage individuals and communities in dialogue, where gender issues are openly discussed;

7. The promotion of role models, advocates, events like this evening do just that;

9. Business can have an impact not only on their female employees but also on participants in their supply chains, distributors, and customers, and on the broader communities in which they work. As a first step, they could implement policies within their own organizations to attract, retain, and promote the women within their firms, motivating other companies to do the same.

10. To raise the profile of women – through events, case studies. Develop a communications strategy (working with, for example, the BBC and all publishing outlets)

13. A book I am going to publish – via crowdfunding – sharing stories of northern women of all ages.

In finally closing, I reiterate: wouldn’t it be amazing if we were recognized as the most enlightened and forward-thinking region in driving gender equality? Imagine the economic and social benefits that would ensue.

So, willing and enlightened people, please let me know how we will proceed.