The development of a world-first multi-billion pound energy project on Teesside has been revealed, which could create thousands of jobs for the region.

A consortium led by OGCI Climate Investments and made up of six global energy giants – BP, ENI, Equinor, Oxy, Shell and Total – with a total combined market capitalisation of over £500billion, have today unveiled phase one of their plans to create a huge power plant on Teesside which will run on natural clean gas.

It’s understood the proposed plant would be on the South Tees Development Corporation site.

Branded the ‘Clean Gas Project’, it will be the world’s first gas-powered energy plant to deploy full-chain Carbon Capture Utilisation and Storage (CCUS) at scale, meaning CO2 from the plant will be captured and then stored via pipelines under the North Sea.

The infrastructure created would also enable wider industry on Teesside and elsewhere to capture and store CO2 from their processes.

The CCUS technology, once fully developed, could also attract more companies to the region that are seeking ways to utilise CO2 commercially – such as converting the waste gas into more useful chemicals that can be used in the supply chain.

This could unlock additional investment that create thousands of jobs, while reducing the area’s carbon footprint even further.

The OGCI consortium is responsible for a $1billion+ fund, investing in technologies and business models which lower the carbon footprint of the energy and industrial sectors.

The fund was created by the CEOs of these major oil and gas giants to take practical action on climate change.

The Tees Valley was selected as the best configuration for a CCUS cluster out of 50 business models considered by OGCI.

Tees mayor Ben Houchen said: “This is the project we’ve been talking about for quite some time. 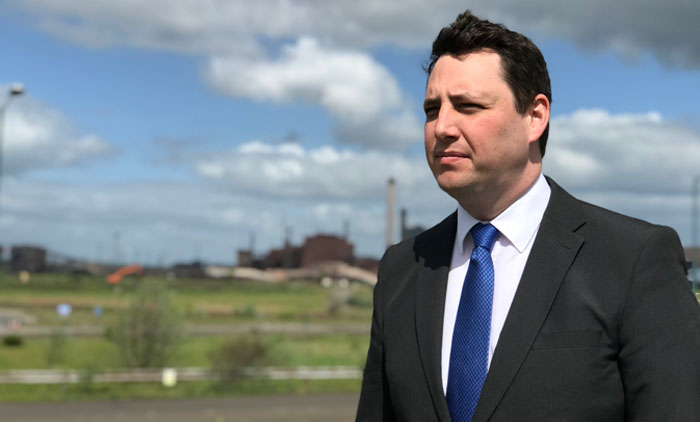 “It has taken a while, but I hope the people of the Tees Valley will be pleased with what we’re announcing today.

“This multi-billion pound energy project will pave the way for our region to become the clean energy powerhouse of the UK, creating and safeguarding thousands of jobs.

“We have got some of the biggest companies in the world choosing Teesside to develop this ground-breaking technology – a world first which will also support the development of our huge processing and chemicals industry.”

Tees Valley chemical and process industries contribute almost £1billion to the economy each year and support a workforce of more than 7,600 people.

Average wages in the Tees Valley chemical sector are also 23% higher than the national sector average.

Mayor Houchen, who is also the chairman of the South Tees Development Corporation, has worked with OGCI and the UK Government for over a year to press the case for the location of the power plant and CCUS.

“This is a project of national significance, and once developed will create thousands of jobs and even more in our local supply chain,” he added.

“Due to the sheer size and scale of this multi-billion pound energy plant, it won’t happen overnight. But to be selected out of 50 business models by this major international consortium is a clear vote of confidence in our local economy and our skilled workforce.”

Pratima Rangarajan, CEO of OGCI Climate Investments, said: “Carbon capture utilisation and storage is critical to meeting the climate goals of the Paris Agreement and Climate Investments is proud to move this project forward within the structure of the Tees Valley Cluster.

“The Clean Gas Project is an example of how industry can work together to bring forward proposals that support the government’s ambitions for CCUS; we recognize the work and commitment by the UK Government, the Tees Valley Mayor, TVCA and the South Tees Development Corporation to deliver the practical action needed to move CCUS forward.”

The news follows the announcement by the Chancellor in the Autumn Budget that the South Tees Development Corporation will become the UK’s first Special Economic Area – meaning rent and business rates collected on site will be used to fund further land remediation work.

It was arguably the most generous budget in living memory for the Tees region. Chancellor Rishi Sunak delivered a headline-grabbing speech in the House of […]