The Middlesbrough-based publishers of Tees Business have appointed experienced saleperson Carole Sanderson, who starts her new role in the New Year.

Carole, who originally trained in sales with the Gazette, has spent the last 15 years working as advertising sales manager for the Stockton-based Primary Times magazine.

Resolution revealed earlier this year it had planned to take on full-time staff to support plans for new publications in 2019.

Ex-Gazette boss Bob Cuffe has already been appointed as a non-executive director at Resolution, as revealed two weeks ago.

And directors Martin Walker and Dave Allan (pictured above with Carole) hope she will be the first of a number of new members to join the team.

Carole, who is married with one daughter and lives in Stockton, said: “After working for the last 15 years for Primary Times in the Tees Valley, I’m really looking forward to the new challenge of working for Tees Business and Tees Life magazines. 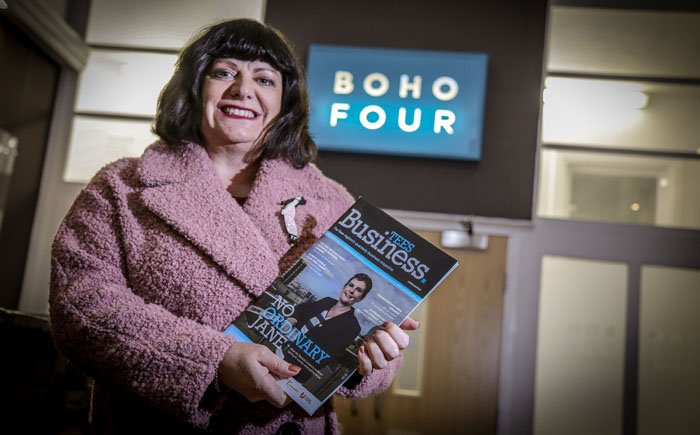 “I’ve always been very impressed by the high quality of both magazines including the editorial and photographic content, and I regularly hear positive comments about the publications from businesses in our area.

“Working for Dave and Martin as part of their team will enable me to progress my career even further and, together, I feel we can achieve great things.”

Carole worked in telesales for the Gazette in the 1980s and became a sales trainer during her time with the local paper.

She has since held various sales and administrative roles for firms around Teesside before joining Primary Times in 2003.

Resolution co-director Dave said: “We’re delighted to have brought Carole on board.

“Her track record of delivering sales in her previous role was an obvious quality which immediately stood out.

“As we look to strengthen both Tees Business and Tees Life along with the Tees Businesswomen Awards and other publications in 2019, we’re confident Carole will become a valuable member of the team and, hopefully, the first of many in the near future.”