By her own admission, Claire Preston has always been a hard worker, as well as someone with a strong sense of adventure and burning desire to work with people; ideally helping in some way.

Those attributes have just led to her winning the first-ever Tees Businesswoman of the Year award, although she insists she is only just getting started.

Claire, 50, is CEO of hugely successful Middlesbrough company Lexonik, acting as the driving force behind a growing business that has gone international through her vision and team’s determination and was the brainchild of fellow director and founder, Katy Parkinson.

And having been “overwhelmed, totally surprised and slightly embarrassed” to win the main accolade at the inaugural Tees Businesswoman Awards, organised by Tees Business magazine, she hopes more of the region’s females can draw inspiration from the well-received Wynyard Hall event and become business high flyers themselves.

“I never thought for one minute I would win the award – it was flattering to be nominated, let alone make the shortlist,” Claire admits.

“It was bittersweet as well in a way, because we are a team and Katy has developed an amazing programme and had the courage to set up the business in the first place. 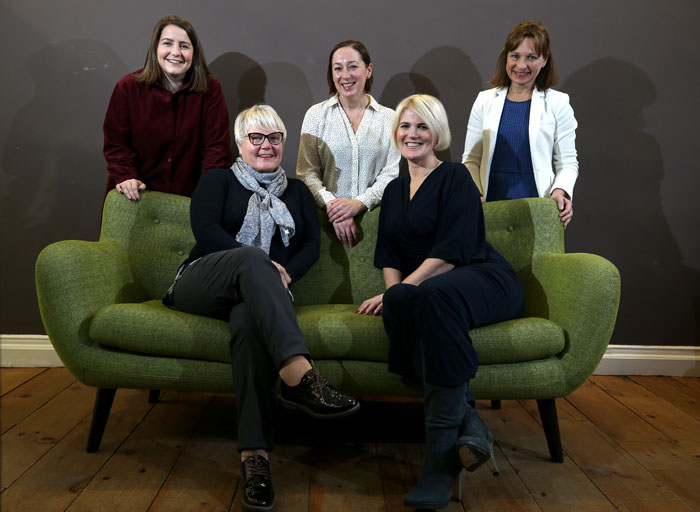 “I was incredibly fortunate to come across Katy and to be part of this amazing journey.

She is such a fantastic ambassador for the business and just so knowledgeable and passionate about what she does as a literacy and dyslexia expert.

“I think the awards have gone down so well because what they are trying to do is not only celebrate existing success but promote aspiration too.

“And I think that’s why so many people have been behind it. Not because they see themselves as victims or feminists but because they want to inspire others locally to just get out there and do it.

“There’s almost a mentality of ‘If we can do it, so can you’ and certainly if I can do it, anyone can.

“One of my absolute role models – and I would love to learn how to fly one day – is Amelia Earhart. She was the first woman to fly solo across the Atlantic, and did three jobs to save up the money to get her pilot’s licence. There’s determination for you.

“It’s important to get out there and go for it – not to make excuses that it’s hard being a woman – because you never know what’s around the corner.”

To say Claire has gone a circuitous route to winning her award and enjoying success with Lexonik is an understatement. She joined the start-up business six years ago and the company – formerly known as Sound Training – now has a £1.5m turnover which she feels can expand around tenfold in the next five years.

As a teenager eager for new challenges, and despite liking the idea of being a teacher, she dropped out of Marton Sixth Form College – “one of my A-Levels was Business Studies, ironically, but I’ve always been quite enterprising” – and headed to London.

Numerous stints working in the capital and back home followed, doing everything from nannying to training and managerial work for adults with learning disabilities, and she even spent a year as an air hostess.

Her desire to travel also took her to South Africa for charity work, and to Spain and Japan to teach English, but she credits the experience working in restaurant management for giving her the transferable skills which she has put to good use with what she believes is her true calling and mission with Lexonik.

Claire managed Islington culinary institution Frederick’s for a time before being involved in the rollout of a small chain of London restaurants, having also worked for Masterchef judge John Torode at Smiths of Smithfield.

“I started off waitressing at first with very little confidence because I wasn’t sure what I wanted to do. I was taking a career break if you like and didn’t want to rush into anything,” she recalls.

“But what’s really interesting is that a lot of the skills I developed working in restaurants, although in a different setting and industry, were completely transferable; helping to grow a chain of restaurants and develop scalable quality systems was fundamental to our success and has been completely applicable over the last six years.

“I decided I needed to be based back up here after having my daughter, and I wanted to find something that I could really get my teeth into.

“And I kept being drawn back to education and training.”

Claire did a degree in education at Teesside University and upon graduation contacted teacher Katy after hearing about Sound Training following its inception in 2011.

Although there were no initial openings, she went on to join the firm as a teacher before being promoted to her current role, and the company has been on the up ever since.

Lexonik use a unique teaching programme – devised by Katy – that rapidly improves reading and writing skills and understanding of the English language by breaking words down into their component parts.

It has benefited more than 60,000 students from the age of six to international students and prisoners in jails including Teesside’s Holme House and Wandsworth in the capital.

And Claire says it is about to explode in 2019 following extensive spadework which is bearing fruit in the Middle East and America, where Lexonik’s programme is set to take off in Texas, specifically in deprived Brownsville on the US-Mexico border.

“It’s incredibly exciting,” says Claire. “And I think one of the reasons we are successful is because we have a vision – we are on a mission to improve literacy levels around the world. It’s a business but it’s not just about the money. It is amazing to witness the impact in such a range of settings. 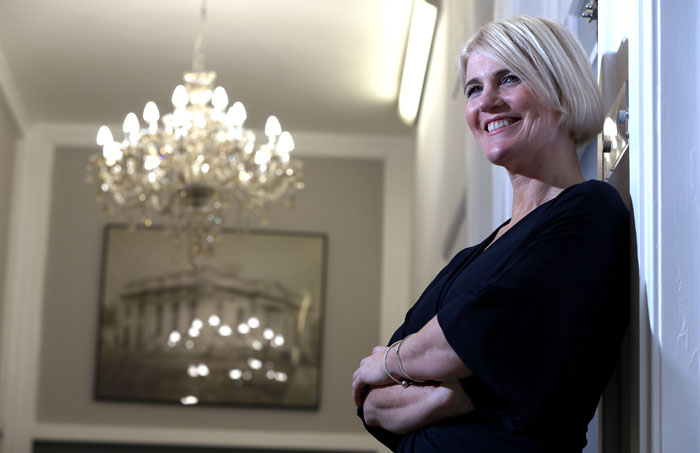 “The international schools who use our programme in Oman and Dubai are blown away by the results. And to see prisoners looking forward to one hour of comprehension a week is so incredibly rewarding.

“What we do not only enhances understanding of the English language but also the world around us, and we are set for exponential growth in the USA.

“It’s funny because my sister-in-law texted to congratulate me after winning the award and said, ‘You’ve found your thing’,” Claire adds.

“And I do feel that way – I’m so incredibly passionate about us because the results are so remarkable. The people who we have found to be the most resistant to our programme at first end up being our biggest advocates.”

Lexonik employs a predominantly female staff of 25 at Boho Four Gibson House in Middlesbrough, which is set to increase by another five in 2019, plus a team of 50 teachers around the country.

The Lexonik programme is also used locally in various innovative education trusts, and the business is digitising at the moment, while there are also plans to transfer it into other languages, as well as English.

Claire credits her older brother, local businessman and charity leader Andy, as being a constant guiding light in her life, and she shares his passion for going the extra mile to raise money for deserving causes.

She has run the New York Marathon twice and did Edinburgh this year, and even turned her 50th birthday party into a fundraiser for Teesside Philanthropic Foundation at Andy’s charitable Middlesbrough restaurant, The Fork In The Road.

“Although I’ve worked away and live half an hour down the A19 in North Yorkshire, I’m like so many other people from Middlesbrough,” she explains.

“I love my hometown, it’s a fantastic place with some amazing people and opportunity, and I just want to help as much as I can.”

Claire manages to juggle her hectic worklife with single parenthood to her 12-year-old daughter Lwle.

“It’s hard to stagger everything, but I’ve been really lucky because I’ve got fabulous family and friends and I’m quite good at multi-tasking,” she admits.

She even finds time to run her own book club, despite confessing to doing more wine-drinking than talking about books with her friends, and is confident that there are several more chapters still to be written in the Lexonik story.

“It can get very tiring as we do long hours and a lot of travelling, and I do have to make sacrifices, but it’s all worth it,” she adds. “I hope my daughter appreciates that one day!

I feel incredibly fortunate to be involved in something with unlimited potential which can really change lives.

“And I truly hope that my Tees Businesswoman Award adds to our ability to break into new sectors and affect more lives even sooner than we had envisaged.”