Houchen revealed that a major deal had been reached to secure over half of all developable land on the STDC site.

The land deal, which has already been approved by Tata Steel Europe’s board, will see over 1,420 acres of land transferred to South Tees Development Corporation – including almost 2km of prime river frontage to accommodate even more investors.

“In 2019 we should start to see investors and jobs created on a site that saw a huge amount of hardship in 2015,” Houchen told Tees Business.

“The long-term vision is 25,000 jobs over 20 years. It isn’t going to happen overnight – but they’re good, long-term sustainable jobs. 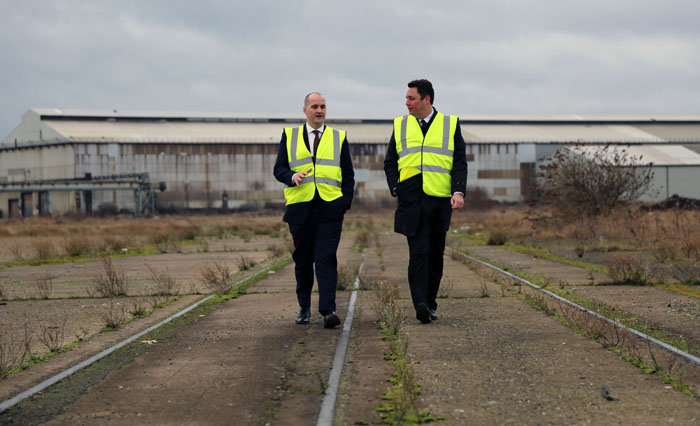 “As we speak, three STDC board members – Steve Gibson, Sir Alan Cockshaw and Paul Booth – are in London meeting with the Thai banks, trying to get an amicable deal to release their charges on the SSI land.

“We’re hoping to come to a resolution. But if that fails, we will be instigating compulsory purchase proceedings before the end of March.”

Since it was launched by the Prime Minister in August 2017, the STDC has already seen more than 100 enquiries from around the world, with a potential first-phase investment pipeline of £10billion.

The most advanced projects looking to base themselves on the site are expected be on Tata land – the most immediately developable section of the site.

Mayor Houchen has called an emergency meeting of the STDC to approve the deal on Tuesday January 15.

The deal will also require ratification from the Tees Valley Combined Authority cabinet on Thursday January 24.

Labour leader Sue Jeffrey, meanwhile, said the £14m of government funding is just a fraction of what’s needed to attract new business to the area.

The leader of Redcar and Cleveland Council also insisted any decision over the Tata land deal can only be made by the Tees Valley Combined Authority.

£14m is just the tip of the iceberg, says Labour leader