Rockliffe Hall boss Eamonn Elliott answers our ‘Tees Up!’ questions over a cuppa…

Since joining Rockliffe Hall at the end of 2014, Eamonn’s passion, drive and determination has spread throughout the luxury five red star resort.

Before joining Rockliffe, some previous highlights of Eamonn’s career include managing the Devonshire Arms in North Yorkshire and the Mount Falcon and Spa in Mayo, Ireland, which was recognised as the AA Irish Hotel of the Year. He then spent five years at the Grand Jersey Hotel, taking it to the position of the Channel Islands’ highestrated hotel, gaining a Michelin Star and five star status. Eamonn was named the Institute of Directors’ Young Director of the Year for 2013-2014.

When I was at school, I wanted to be… a professional footballer.

The best business decision I ever made was… to come to Rockliffe to work with Steve Gibson and Warwick Brindle.

The worst business decision I ever made was… to leave the Devonshire Arms and work in County Mayo.

The best part of my job is… working with and meeting great people.

The biggest downside of my working life is… that it’s highly demanding and involves anti-social hours. I believe that key players have to be here at key times – holidays, weekends, late nights and so on.

If I could change one thing to help my organisation it would be… to bring Teesside Airport back to life. It would help attract thousands to our area, which would benefit all organisations in the Tees Valley and beyond. I do believe it will happen once someone takes it under their wing with financial and strategic direction.

Four words to describe me are… annoying, determined, loyal and humble. 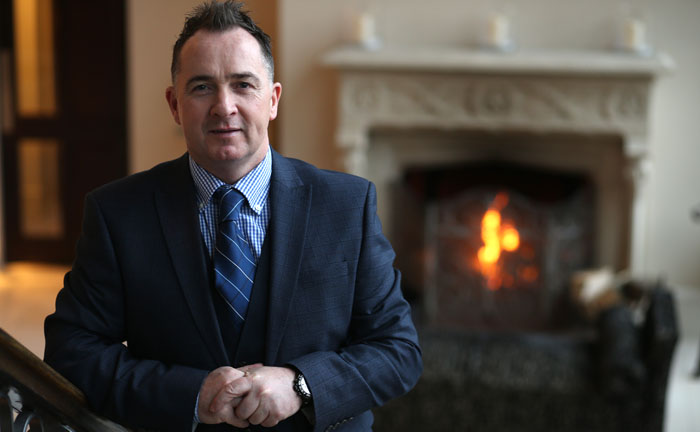 My business mantra is… try your best at all times and make Rockliffe the best in the UK and Ireland.

My greatest achievement is… well, I have managed the best hotels in the UK, Ireland and the Channel Islands, with Rockliffe Hall being the standout.

The advice I’d give to business start-ups is… every business is nothing without the correct team. Focus on your people.

The biggest character on the Tees business scene is… Ray Mallon – a genius in lots of spheres who does so much for the area that goes unnoticed.

The individuals who are my tip for the top among Tees businesses is… Steve Gibson and John Wade. Steve for the work he has done for Bulkhaul, alongside Mike O’Neill, Middlesbrough Football Club and Rockliffe Hall. He is exceptional. John is a great friend and, again, an unsung hero in our area. He’s done things for industry and charities for years upon years and has never asked for anything. A true gent and dying breed.

Teesside’s a great place for business because… the people are a class act. They are loyal and passionate about everything they do. They are the unsung heroes of the North-East.

My biggest frustration about Teesside is… the way this country ignores and tries to ignore the brilliance that is in this area. Politicians take heed.

My favourite local charity is… I do a serious challenge every year for numerous charities but the one cause that stands out to me is fighting to find a cure for Motor Neurone Disease. Whatever I can do in this life to try to combat this I will.

When I’m not working, I like to spend my time… with my family – my partner Kirsten – how she sticks with me is a miracle – my daughter Erin, my wee boy Paddy and my spaniel Daisy – the other woman in my life!

My guilty pleasures are… watching all sports but mainly football, Gaelic, hurling and horse racing.

The best holiday I ever had was… in the Cayman Islands.

Not many people know this about me but… I have never tasted alcohol in my life!

In retirement, I’ll spend my time… in Ireland with my clan.