If we look at the statistics, according to the World Economic Forum, to get true gender equality in terms of politics, education, health and the workplace, it’s going to take over 200 years if we carry on the pace we’re moving at now – and that’s simply not acceptable.

So to bring women together, across the world, just to celebrate the achievements of women, but also to plan what we can do together, working with men and women, is so important – because we have to work together to change that trajectory.

As gender champion for the university, I think it’s important we play a convening role in this.

During this year’s International Women’s Day, we reached out to the next generation of women.

We had just over 100 15 to 18-year-olds and giving them the opportunity to hear from business leaders. 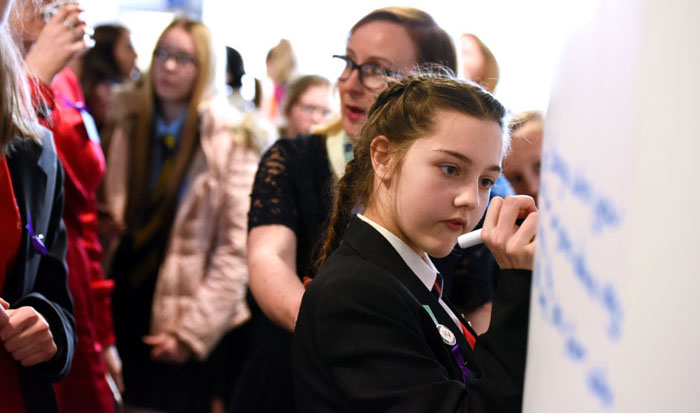 They enjoyed workshops around resilience, creativity, entrepreneurship and finding their voice – and they heard from young women under 25 about their career paths.

We also saw some singing and dancing – the day really was an eclectic mix of what can be created in terms of sisterhood.

It was a really successful and empowering event at Teesside University and the young women hopefully left here more confident and more informed about their futures.

Later this year, we’ll also be supporting the second Tees Businesswomen Awards, which are vital, particularly for this region, because we have got some catching up to do in terms of balance, transparency, and visibility of women in this region. 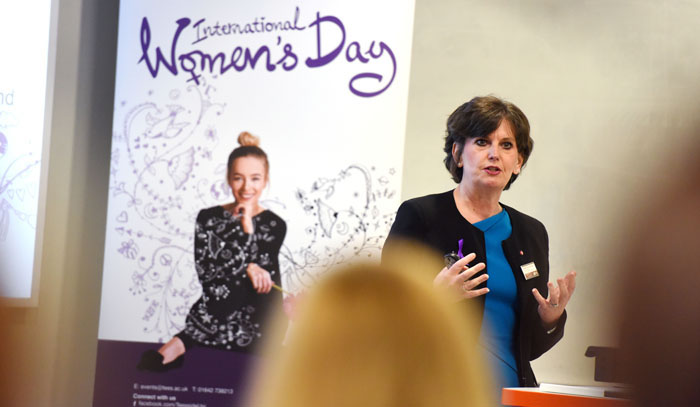 The last awards identified over 100 women that were doing some amazing things, largely under the radar, so it brought about that visibility.

And as a result of that event I now have a network of women that I didn’t have before, eight of whom joined me at our International Women’s Day event.

So the awards have created real traction and momentum, and the awards ceremony this year will build on that, and we’ll have even more traction for women in the Tees Valley.

I’d urge anyone thinking about entering the awards – whether that’s themselves, someone else of their business – to just take the time to write that nomination.

It’s so important in helping to drive traction and momentum for women in this region, to help them walk a bit taller and identify female role models for our younger generation.

Find out more about the 2019 Tees Businesswomen Awards by clicking here.

A practical support package to help businesses through the coronavirus emergency has been put together by Teesside University. Along with other agencies, the university is […]

Members of a building society are up after it enjoyed a strong year, following the publishing of its annual results. Darlington Building Society says it […]