Tees Valley mayor Ben Houchen says “growing anger” about the way Thai banks have negotiated the proposed sale of 870 acres that once formed part of Teesside’s steelworks was the catalyst to him starting compulsory purchase proceedings for the land.

On Thursday, acting on behalf of the South Tees Development Corporation (STDC), Houchen signed an executive order to instigate Compulsory Purchase proceedings in respect of the land at the former SSI steelworks.

Negotiations to secure the former SSI land had been ongoing since May 2017 with the three banks in Thailand who hold a charge over SSI UK’s assets.

Despite numerous attempts to negotiate a transfer, and an offer from the STDC to enter binding arbitration over the land, no formal agreement has been reached.

While Houchen and the STCD team say they will seek to continue with negotiations within the CPO framework with the banks – Krung Thai Bank, The Siam Commercial Bank and TISCO Bank – they have now resorted to the compulsory purchase proceedings in order to move things on more quickly.

A successful Compulsory Purchase Order would see the ex-SSI steelmaking assets be brought back into public ownership and in control of the development corporation.

Houchen said: “We have been negotiating in good faith since I was elected, but it’s clear now that the Thai banks are taking us for a ride. 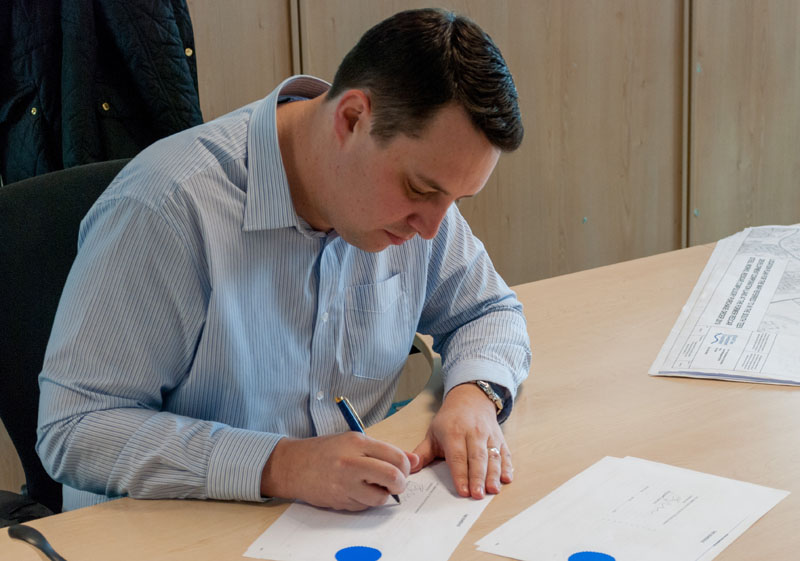 “Almost 3,000 people lost their livelihoods in 2015 when SSI collapsed, and I owe it to the former steelworkers and their families to secure the rest of the site for the people of Teesside, where it belongs.

“I’m not prepared to write blank cheques on behalf of the taxpayer and be held to ransom by three foreign banks.

“I have commenced compulsory purchase proceedings to take back control of the Redcar steelworks.

“Having met with the Thai banks on Friday, we left them under no illusion that there is growing anger at the way in which they have approached the negotiations.

“Following that meeting, it was clear to me that the Thai banks are not playing ball, so exercising the powers handed to us by Parliament to ensure local people are back in control of the entire site is essential.

“Once we control the entire site, we’ll be able to land even more investment and create even more jobs for local people.”

The latest twist follows a landmark deal signed by Houchen to acquire over half of the developable land on the STDC site from Tata Steel Europe, which, at 1,420 acres, represents an area about the size of Gibraltar.

As they approach their third year, the Tees Tech Awards are already a key driver and barometer for the region’s digital sector, believe the bosses of a leading Teesside IT firm.

A fantastic £3,000 has been presented to the Power of Women (POW) campaign following the 2021 Tees Businesswomen Awards.

Chinese tech giant Huawei has donated laptops and tablets to a Tees charity as part of a drive to close the digital inclusion gap across the UK.