A new tunnel segment manufacturing facility, based at Wilton on Teesside, has begun work on Sirius Minerals’ multi-million-pound fertilizer project, recruiting 20 workers from a local employment and training scheme.

The facility will create the concrete segments that will line Sirius’ 23-mile underground mineral transportation tunnel, which will convey polyhalite ore from a new deep mine near Whitby to Teesside.

The factory, operated by Sirius’ tunnelling contractor Strabag, will employ 130 people when it is fully operational.

Many workers have been recruited via the Training and Employment Hubs in Skinningrove and Grangetown, run by Redcar and Cleveland Council and Job Centre Plus, which identified and trained people for the roles. 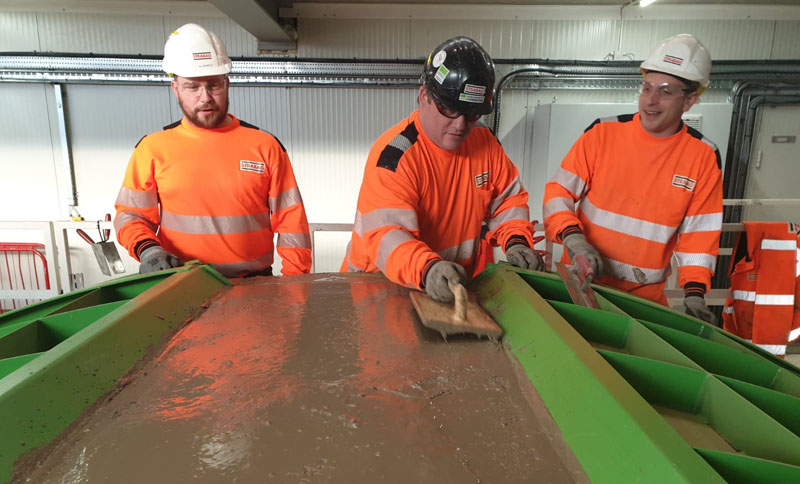 Workers that have come through the scheme include people with backgrounds in the mining, steelwork and oil and gas industries, as well as ex-military personnel and young people starting out in their careers.

Gary Sivills, managing director of CB Construction, one of the local sub-contractor companies working on the factory, said: “The scheme has helped us recruit for a variety of roles and it’s been great to be part of something that gives long-term career opportunities to people hit by redundancies and the closure of the steelworks.”

The 1.5 metre precast concrete segments will be loaded on to an 1,800-tonne tunnel boring machine which, as it advances forward, will use them to form rings to line the tunnel.

The 225m long machine has been under construction since its arrival on Teesside in February.

Duncan Smith, area project director for Sirius, said: “Preparations are well underway for the launch of our first TBM, which will complete the first tunnel drive between Wilton and Lockwood Beck. 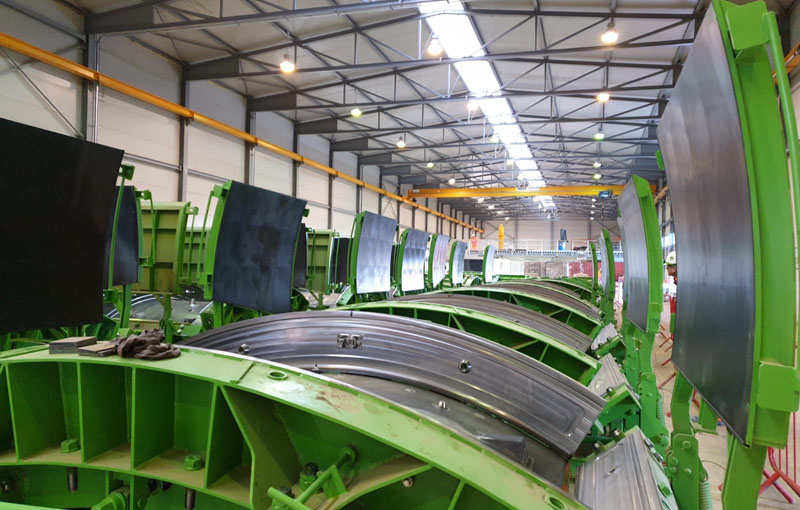 “Ahead of that, we are stockpiling tunnel segments and have begun pouring the first batches of almost 150,000 concrete segments which will make up the 25,000 rings needed to line our tunnel.”

There are currently over 900 people directly working on the Sirius Project – in Scarborough, at Woodsmith Mine near Whitby, Lockwood Beck and Wilton. Two thirds are from the local area.

The company expects this construction workforce to increase to 1,700 and directly employ a long-term workforce of over 1,000 people when the project is fully operational.

Craig Sewell, construction manager for Strabag, said: “With the exception of four specialists, who have been brought in to train the new team, all of the workers who will run the concrete segment facility have been recruited locally.

“All of our team will gain new skills – we are providing industry accredited training and general up-skilling to all new employees that will serve them well for long term employment in the construction industry.”

The East Cleveland Training and Employment Hub has recently introduced a new programme of courses for the coming year and continues to offer one-to-one guidance and advertise new vacancies with perspective employers.