Market-leading property consultancy and chartered surveyor Sanderson Weatherall has been named the North-East’s busiest office agency team as it looks ahead to another strong year.

Sanderson Weatherall was handed the recognition at the 2018 EG Real Estate Awards.

Now the firm has appointed two new key members to its Teesside team, based in Stockton, to cope with rising demand in the positive Tees market.

Tom Hall has now been drafted down from the firm’s Tyneside office to help deal with the Teesside valuation and agency workload, while working towards his RICS accreditation.

Hall qualified from Northumbria University with a master’s degree in real estate and already has almost two years’ experience in the industry, while Emma Williams has also been brought in as a chartered surveyor to work in the valuation department.

Tom (pictured below) told Tees Business: “I’m thrilled to join the Teesside team and looking forward to building on the work David Fairley and Matthew Clarke have done in cementing Sanderson Weatherall’s position in the region.” 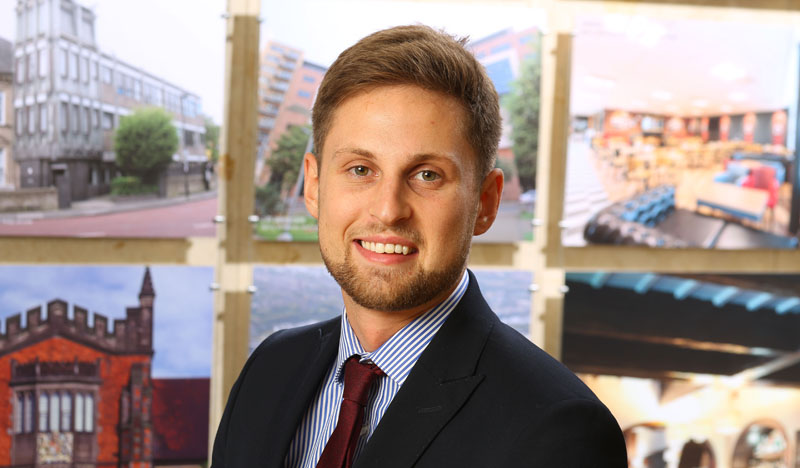 Chris, now an associate partner, said: “We’re delighted to have Tom and Emma on board to strengthen our team and enable us to manage our growing workload.

“The Teesside market is thriving and there’s a lot going on now. We’re at the forefront of that, in terms of real estate developments, and if the buoyant commercial property sector is anything to go by then we’re genuinely excited for the future of the Tees Valley.”

Chris said: “Station Place represents a new chapter in the evolution of industrial space in Newton Aycliffe, which we are excited to be a part of.”

Sanderson Weatherall’s Stockton office works with property occupiers, owners and investors throughout the Tees Valley and by offering multiple services under one roof is the only one-stop property shop working within Teesside.

A growth capital investor has completed a multi-million pound investment for a minority shareholding in a Tees tech company. BGF – one of the UK’s […]

Teesworks has confirmed that a comprehensive bid will be submitted on behalf of the region to become the country’s first and largest freeport. Ahead of […]

Some of the Tees region’s tech firms are already gearing up for growth in 2021 after a wide range of roles were advertised. At least […]