Phil Forster has worked at both Newcastle and Leeds Bradford airports before he joined the Tees Valley Combined Authority’s airport management team earlier this month.

Forster was appointed head of airport development and will work with David Soley, chairman of Cameron’s Brewery in Hartlepool, who has become non-executive chairman of the airport company in an unpaid position, alongside operators Stobart.

“In my opinion, and from speaking to experts in the aviation industry, there’s no reason this airport can’t be successful,” he told Tees Business.

“The excuse that airlines won’t come here is rubbish. If there’s demand for flights, they will come.

“The challenge is getting people to use the airport, to show the airlines there’s demand, and flights such as Balkan Holidays operating here – and they have already committed to 2020 – will certainly help.”

The people of Teesside will demand to see more choice of holiday flights on offer at Durham Tees Valley Airport – but Forster believes that will happen eventually.

“We already have dates in the diary to speak with airlines,” he said. 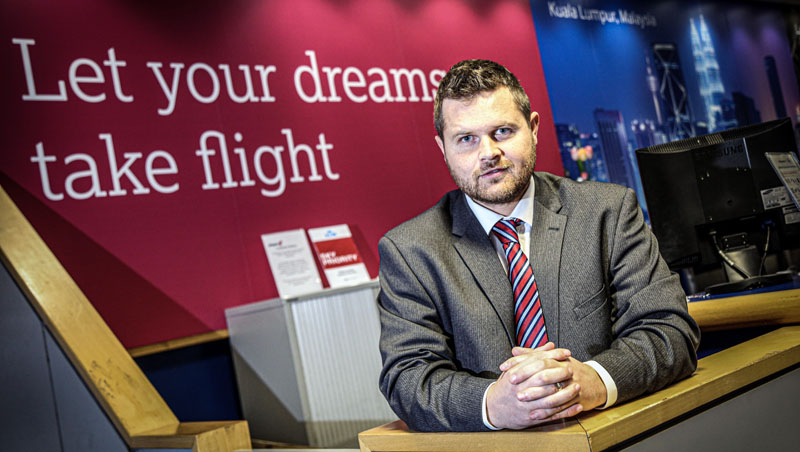 “We may see some quick wins – we’ve already seen the return of the Balkan Holidays flights to Bulgaria – but it won’t all happen overnight, so we need to be patient.

“It’s a challenge, but I see it as a challenge for the whole region. We’re all in this together, it’s a partnership and we need the buy-in from everyone to make the airport a success.

“If we can make it a success, then it could be an absolute game-changer for Teesside.

“Durham Tees Valley Airport had to be put on the map and back on the radar – now that’s been done it’s up to us to go out and sell it.”

The combined authority, led by Tees mayor Ben Houchen, completed the buyout of the airport in January and Stobart Group, which also runs London Southend Airport and Carlisle Lake District Airport, was appointed operator in March.

Forster added: “A lot of people have come together here, from the leisure and business community led by the mayor, and the combined authority should be applauded for getting the deal done in the first place.

“Going forward we think the potential for this airport is immense. One of the first things you look for in an airport is its connectivity. Here at Teesside we have a train stop at the airport, we’re four miles from the East Coast main line, we have the A1, the A19 and the A66 which takes you direct to Teesport.

“Links to the airport are fantastic and the airport could actually act as a gateway to the whole of the North, because of the quick access.

“The infrastructure is already in place and we have a forward-thinking strategic partner in Stobart, who are already working on route development with some great ideas not only for the airport but for the region.

“The airport’s onward connectivity means you can literally access the world from Tees Valley, via KLM flights to Amsterdam Schiphol, and that’s a fantastic service which we need to promote more. 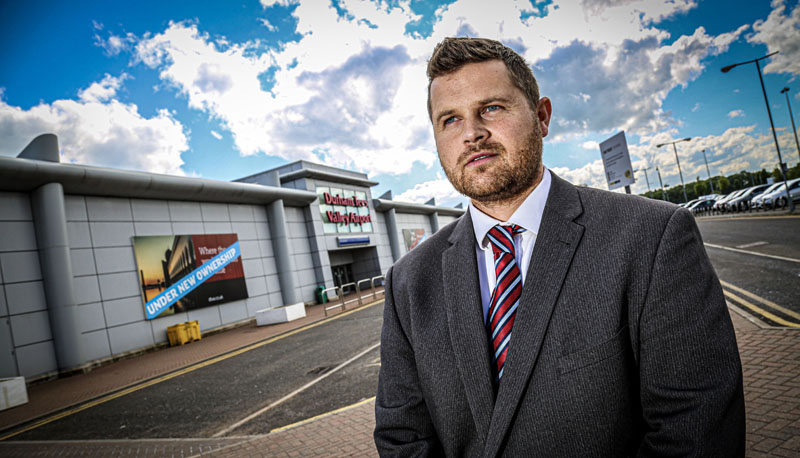 “We also have one of the biggest runways in the country, which means we can get any kind of aircraft on it, and there’s lot of potential in the freight and logistics side of the business to look into.

“A thriving region needs a thriving airport, and there’s no reason why the Tees Valley can’t have one.

“The mayor has a vision for the region and the airport can play a huge part in the growth of the area.

“We’re putting Tees Valley on the map. We have the Radio 1’s Big Weekend this weekend, the Rugby World Cup coming in 2021… we don’t think we’d have been anywhere near getting before now.

“That’s testament to all the work that’s been done so far and shows just what can be achieved.”

Balkan Holidays, the leading specialist for beach breaks to Bulgaria, has introduced a full programme of summer holiday charter flights to ‘the world’s best value holiday destination’, as ranked in the 2019 Post Office Survey.

The flights have proved popular and Balkan Holidays has now confirmed that it will now run a second summer of holidays flying from Durham Tees Valley in 2020.

The company is this year operating a weekly service to Bourgas, taking in popular beach resorts such as Sunny Beach, Nessebar and Golden Sands, from Saturday (May 25).

Holidays start from as little as £230pp for self-catering in June, and from only £300pp all-inclusive.

Find out more at www.balkanholidays.co.uk.