Historic buildings in the heart of Middlesbrough are currently enjoying a new lease of life as part of regeneration of Albert North on Albert Road by Jomast.

Buildings including the former Court Chambers, Kitching Building and the Wilson’s Courtyard have been rejuvenated as part of the reinvention of Albert North that has seen Alkaline Kitchen and Pie Jackers join a range of independent brands on Albert Road.

As well as bringing the heritage landmarks back into use, Jomast have been working with Heritage Unlocked’s Dr Tosh Warwick and Teesside Archives to explore the history of properties in Albert North and have uncovered unique photographs and plans dating back to early twentieth century.

Modern day occupants of the buildings will follow in the footsteps of some of the key figures that have helped shape Middlesbrough over the centuries and have played an important role in the day-to-day life of Teessiders for decades.

By the early 1900s celebrated architect Robert Ridley Kitching’s practice was resident on Albert Road and would go on to be responsible for thousands of Teesside’s buildings and homes, including listed landmarks such as the Cargo Fleet Steel Company Offices, Christadelphian Hall and the United Reform Church on Linthorpe Road.

Accountants, coal merchants, publicans, shipping magnates and tailors are amongst the range of former occupants of the Albert North redevelopment properties including the Constantines, the family shipping dynasty pivotal in establishing Constantine College, the predecessor to Teesside University.

Plans held by Teesside Archives also reveal construction details of the locally listed Kitching Building, Middlesbrough’s most notable Art Deco style building, details of Air Raid shelters for the Admiralty, based in the premises during the Second World War, as well as previous renovations along Albert Road dating back to the 1930s.

The use of the historic documents to explore the history of the buildings is the latest project to make use of the collections that have also been used to aid the regeneration of Middlesbrough Town Hall, Saltburn Cliff Lift and the Tees Transporter Bridge.

Dr Tosh Warwick said: “The regeneration of the heritage buildings follows the example of leading developments across the country that have been praised by Historic England for bringing a new lease of life to city centres. The history of the buildings has generated lots of interests both from new occupants and the wider public”.

Julie and Neil Fletcher from Pie Jackers said their decision to open an artisan bakery and diner at 17 Albert Road was inspired by the character of the impressive stone fronted building which was originally the Court Chambers.

Julie said: “Middlesbrough is our hometown and we’ve both walked down Albert Road and past these old Court Chambers a thousand times. As soon as we discovered the building was part of the Albert North regeneration we jumped at the chance to ‘piejack’ it. 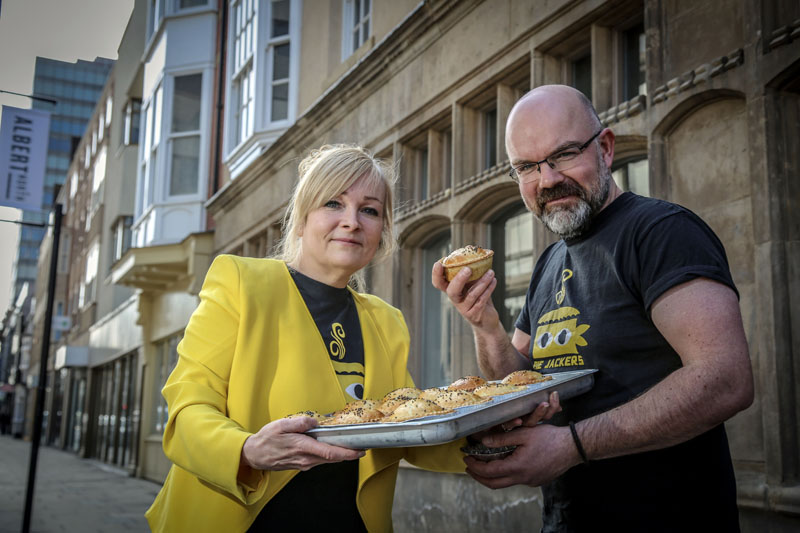 “It’s a fantastic space and our refit will very much reflect Middlesbrough’s industrial heritage.”

Mark Hill, commercial property director at Jomast, said: “Albert North is fast becoming a vibrant new business community set in the historic quarter of Middlesbrough, in the heart of the Tees Valley. We are very proud to be working with Middlesbrough Council on the regeneration of this area to make this community a wonderful place to work, drink and eat”

For more information on the properties available at Albert North visit www.albertnorth.co.uk.

Tees Business asked local high street leaders and retail businesses what the biggest challenges they were facing as they prepare to reopen post-Covid lockdown. Bosses […]

Jo Davies, from Middlesbrough-based HR Alchemy, provides some answers to the seven most asked HR questions today… 1. Can I insist my employees take annual […]

UK Docks has continued to invest in its Teesside ship repair facility with the purchase of two Nelcon dockside cranes from the Port of Workington. […]