If you’ve ever raised a glass of Scottish whisky then chances are you will have a connection to Tomlinson Hall.

Perhaps you might have been lucky enough to be invited aboard Roman Abramovich’s yacht? Or for that matter, Bill Gates’ boat too?

No? Ah well, there’s always a next time.

And at least if you raise a glass of the amber liquid you can celebrate the fact that there is a key piece of Teesside engineering and expertise involved in all of the things listed above.

It comes courtesy of Billingham-based pump manufacturer and distributor Tomlinson Hall, who are experts in the pump industry and serve businesses globally and nationally from their 1.5-acre site at the Cowpen Lane Industrial Estate.

Their specialist brand of knowledge covers all sectors from the chemical industry to construction, pharmaceuticals to food, water treatment to waste, to name just a few.

As well as being a leading distributor of pumps, the company designs and manufactures its own. The innovative Liquivac can perform a wide range of operations and is widely used by utility companies, chemical processors, food and drink producers and environmental engineers. It is recognised for its durability and reliability.

This year the business is celebrating its 100-year anniversary, marking a staggering century of trading on Teesside.

It is also celebrating a double whammy win at the recent British Pump Awards.

Tomlinson Hall was crowned UK Pump Distributor of the Year and managing director Tony Keville, a third generation Tomlinson, was presented with a Lifetime Achievement Award in recognition of his outstanding contribution in the pump industry.

Undoubtedly a North East success story, Tomlinson Hall has been referred to as Teesside’s “best kept secret” That secret is definitely out.

“For us to get any sort of recognition from the British Pump Manufacturers Association is amazing,” said Colin Simpson, business development director at Tomlinson Hall. 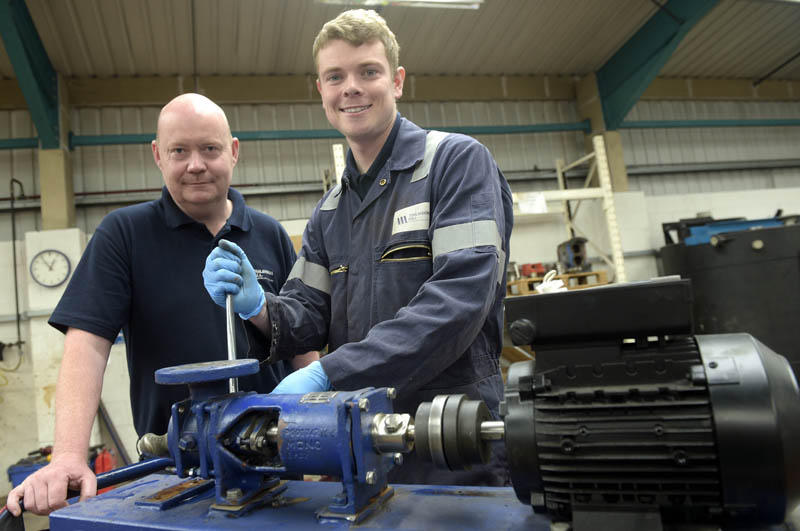 “It was a double win – and for Tony to receive a lifetime achievement award in our 100th year was just brilliant, the icing on the cake”.

“A lot of companies sell pumps. We were primarily known as a pump distributor but the difference between us and others is that we specify the correct product for each individual application.

“We also manufacture our own pump, the Liquivac.

“People want what does best for them. If you like whisky, our pump will have touched it at some point, as we are the definitive pump of choice for many of the distilleries in Scotland. Pumps we have supplied are on both Roman Abramovich’s and Bill Gates’ yachts.”

The company reaches global markets and trades across the world, forging relationships in the Middle East, thanks in part to a UK Department for International Trade trip that enabled Tomlinson Hall to present what they had to offer to new markets. Southeast Asia is another growing marketplace.

Closer to home, they distribute and manufacture pumps for all kinds of industries including right here on Teesside, thanks to relationships forged through the likes of NEPIC – the North East of England Process Industry Cluster. Colin is also a Northern Powerhouse ambassador, dedicated to showing just what our region has to offer.

“I sometimes scratch my head when I go to a site locally and pumps are coming in from other areas of the UK – we are right around the corner and have the expertise right here,” says Colin.

He counts the firm’s staff as its greatest asset because the team, he says, are all committed to the company. Many of them have decades of service to Tomlinson Hall and are fully invested in a quality operation Teessiders often refer to the company as “Tommy Hall”. It started out in 1919, founded by Alfred Hall and Frank Tomlinson in Stockton, specialising in pumps, power transmission equipment and engineering supplies. Colin describes it as “a bit like Arkwright’s shop – if you wanted any bits for any job, you went to Tommy Hall.”

1997 marked a new chapter when Tony took the helm as MD. The company moved premises to its current site in 2006 and became the sole distributor for Crane ChemPharma Solutions – a relationship which still exists today.

It has developed and evolved with hard work and a great team ethic as well as more than a nod to its Teesside roots.

The company has worked closely with Teesside University’s engineering department and plans are afoot to take on a PhD student from the uni. They have also developed a base in the south “to drive business south to north,” says Colin. 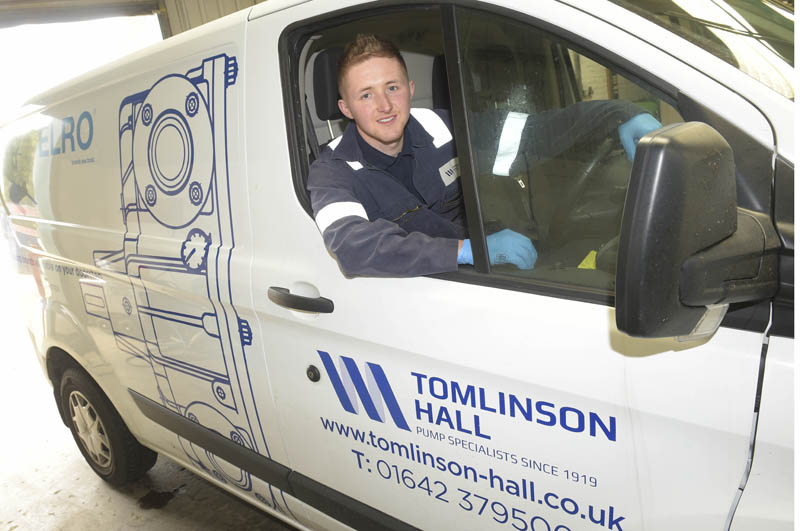 The next 10 or 20 years will see Tomlinson Hall continue to focus on developing its business both regionally and nationally as well as serving its global clients.

To mark 100 years of business, that important local focus has driven a very special programme of events. The firm wanted to be able to support charities, events and organisations right here on Teesside and in the North East, and each month in their centenary year will be doing something to cement that.

Tomlinson Hall staff have already donated 100 babygrows to the special care baby unit at a Teesside hospital, 100 sleeping bags to a homeless charity, 100 food parcels to a local food bank and 100 Easter eggs to children at a Billingham primary school, as well as undertaking a sponsored walk for the Make-A-Wish Foundation.

Children from Billingham South Community Primary drew the pictures for a centenary year calendar which is proudly displayed in their HQ alongside their numerous industry awards.

“It’s all about community,” says Colin, summing up the ethos of the business.

“It is great for us to be reaching out all over the world, but sometimes people don’t realise what they’ve got on their back doorstep.”

Find out more about Tomlinson Hall at tomlinson-hall.co.uk