Within just a few moments of chatting to Yasmin Khan, a few things become inherently clear.

She wears her drive and her determination on her sleeve for all to see and couples those qualities with an expert knowledge about the field she works in that is, quite frankly, nothing short of astounding.

Passionate about her job as a diversity specialist and director of the Teesside-based charity Halo Project? Check.

Passionate about living and working in the Tees Valley? Check.

Passionate about the communities she serves and the people she helps escape injustice and live better lives? Double check.

As director of Teesside’s black, Asian and ethnic minority women-run charity Halo, she set up the pioneering community partnership back in 2011 to help victims of abuse including forced marriage and honourbased violence.

She works with community and business leaders to develop equality and diversity programmes and marries all that alongside a role as national advisor on violence against women to the Welsh Government.

In October, Yasmin will be the guest speaker at the second Tees Businesswomen Awards, organised by Tees Business, aimed at creating more female business leaders and role models for young people in our region.

She personally won the Inspiring Others category and the organisation she founded won the Charity/Voluntary award.

It has done much to help raise the profile of the Halo Project, not to mention equality and diversity issues as a whole.

“It has had a really positive impact,” says Yasmin. “We have had a lot more enquiries about the project from people keen to learn what it is about. It has really opened us up to the Tees Valley region and raised the profile of the charity in terms of understanding what the charity’s purpose is and really supporting what we do.

“Also with regards to being recognised as a stakeholder, especially in engaging new and emerging businesses. 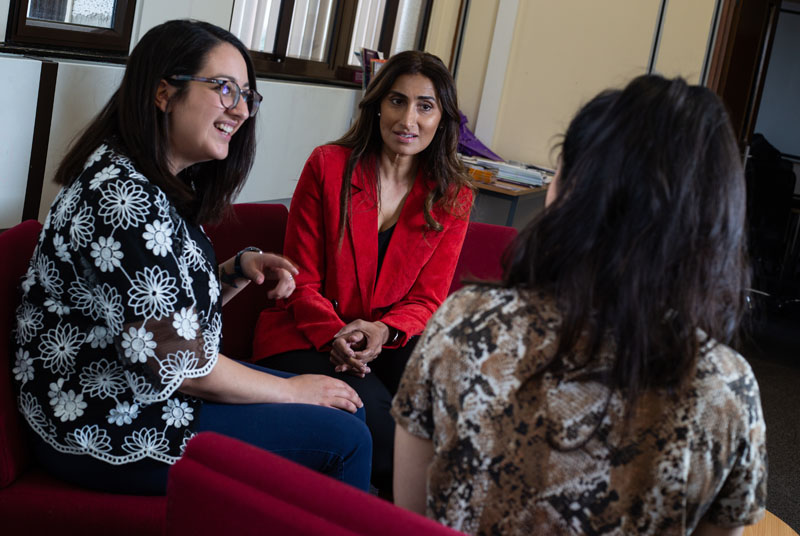 “We are much better connected in the Tees Valley area, people have a better understanding and an increased understanding of the impact on these women.”

The impact she is referring to is the very nature of Halo’s work.

The charity provides support to victims of abuse and specialises in helping women who are forced into marriage or who suffer honour based violence as well as helping victims of the horrific practice of female genital mutilation.

On-the-ground help and advice provides a path through what can be a very difficult and closed environment.

Crucially, Halo also offers training and guidance to agencies and partnerships across the wider community, helping to safeguard victims and potential victims by spreading understanding and knowledge

The charity is also working to isolate extremism and engage women who are already at risk from harm.

A case study highlights just how powerful the project’s work is. One of Halo’s women thought her life was over when she was forced into a marriage. She couldn’t get involved in anything outside of the home because her husband’s family were always there and she would have been at risk of further harm. Halo meant she met women like herself – she wasn’t judged and she felt that she had a voice for the first time in her life.

It launched in Middlesbrough because there was, quite simply says Yasmin, a need for it. The subject area is undoubtedly a difficult one but spreading knowledge and best practice is making an impact.

“Things like the Tees Businesswomen Awards have really opened the door to the Tees Valley and helped Halo really get the light that it needed to,” says Yasmin. “Our profile, both on and offline, has been raised as a result.

“But really, the award campaign is all about making a difference. It shows that women ‘can do’ and shows that ‘can do’ attitude – that Tees Valley is open for business to everybody.

“It is all about providing options for people to show how they can achieve and reach their potential.”

Inspiring our young people, especially our young women, whatever their background, she says is key – no matter how many barriers you face, you can achieve.

“We are a national charity now but our roots will always be in the North-East because of the really strong relationships we have developed.”

Interestingly, Yasmin is not a native Teessider, although after 25 years-plus living and working in our region, she is just about as near as you can be.

She originally hails from Essex but moved to Middlesbrough 25 years ago, got married and brought up her two children, now grown up, here. Teesside University was where she studied for her Masters degree. 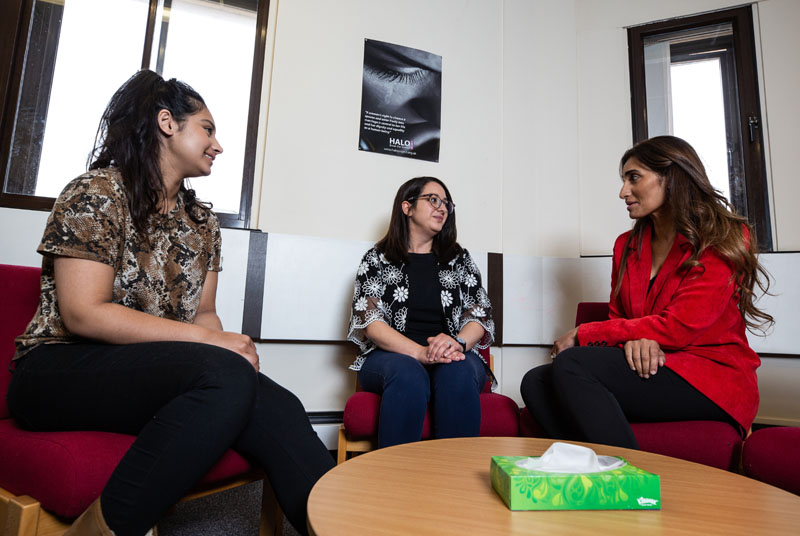 She started her career in banking but quickly moved in to the fields of diversity, social inequality and injustice working as an advisor and project manager across various sectors.

Outside of work, she is just as driven.

She enjoys cooking, going to the gym and,she laughs, “organising events”. She also likes travel and has plans to visit the Far East.

She has, she says, a fantastic network of family and friends who support her and that philosophy is one she carries through to her professional life.

“I feel like and honorary Teessider now,” she laughs.

“I have a fantastic network of support, family and friends, and that’s come from the Tees Valley. It has been a brilliant learning curve for me, I’m the type of person that needs to be learning – that’s what help me develop as a person.”

She loves the part of her job that takes her to Wales as national advisor to the government on violence against women issues.

“I feel privileged to have a role where change can be affected. That’s my absolute goal.”

Halo aims to grow, she says, and to expand the vital services it offers as well as looking at ways it can be more business focussed.

Personally she wants to continue the work she does in government, helping ministers provide for the potential she sees in business, services and people every day.

There is a can-do attitude in the North-East and she aims to spread that message too.

“Why not us?” says Yasmin. “We have fantastic talent.

“I want to make sure those groups that need it have a voice. That every single person has an opportunity to be safe, to reach their potential and to have hope.”

*BBC Radio presenter Charlie Charlton will host the 2019 Tees Businesswomen Awards, which has again been sponsored by Northern Skills Group, the training and apprenticeship arm of Middlesbrough College. It takes place on Thursday, October 24, 2019 in the Grand Marquee at Wynyard Hall.

Boutique business insurance broker Erimus has marked the start of the new decade with a string of appointments. Erimus, which is located at Bowesfield Park […]

Money-saving proposals to replace Stockton Council’s 10 office buildings with two offices for all its staff will be considered by councillors next week. The proposals […]