Resolution Media and Publishing has added another new member to its team as it looks to continue its growth.

The publishers of Tees Business have appointed experienced Eston-born journalist Julie Burniston in a dual role – as editor of Tees Life, the Tees region’s lifestyle magazine, as well as Resolution’s events manager.

Middlesbrough-based Resolution, which is owned by directors Dave Allan and Martin Walker, successfully launched Tees Business in March 2015, with Tees Life following in 2017.

Last year they launched the inaugural Tees Businesswomen Awards and are looking forward to its second event on October 24 this year.

Resolution have already revealed plans for another major awards event – the Tees Tech Awards, being held next April – as well as a new annual publication, This Is Tees Valley, which will promote our region to the rest of the UK and beyond.

Resolution also has plans for further publications as well as more new events, with Julie’s appointment supporting the expansion.

Dave said: “Julie’s appointment is a big step forward for us, in terms of heading up Tees Life as well as managing our events, which are both growing areas for us.

“We have some ambitious plans for the next few years so we’re trying to build a team which will support that, and we need experienced people around us.

“We already support a pool of local freelance writers, photographers and designers to help with our content, and that will continue as we look to expand our stable of publications.”

She revealed: “I always had a yearning to write for a living and was lucky enough, at age 17, to meet Bill Perfitt, who took me under his wing and gave me a job as a trainee reporter at ICI Wilton’s internal publication, C&P News – alongside a fledgling reporter named Dave Allan! 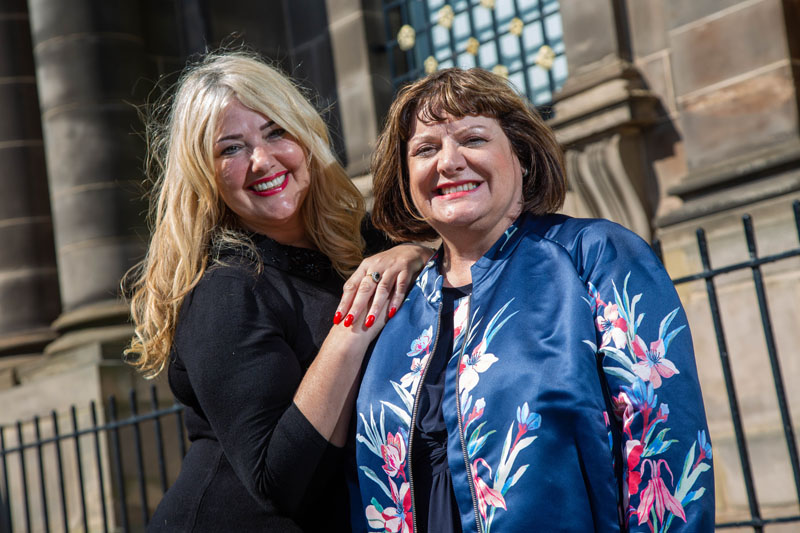 “After a fabulous year at Wilton, an advert in the Guardian’s media section caught my eye and I applied to be an editorial assistant on Police Review Magazine in London’s Farringdon.

“I was very lucky that the magazine was quite forward in upskilling their staff even all those years ago, and they allowed me to attend the London College of Printing to study for a qualification in periodical journalism.

“Fast forward a few years and I moved to IPC Media’s teen title MIZZ as staff writer/assistant and production editor.”

After working for other titles and a media production company, Julie says she’s delighted to be returning to her Teesside roots with her 10-year-old daughter Evangeline.

“Coming home – as I’ve always seen Teesside – was my escape, the place where I always felt safe,” she adds. “I knew I wanted to come home.

“Becoming the new editor of Tees Life is a dream job for me. I can’t wait to really get stuck in and add my stamp to what is already a fine product.

“It’s also an exciting opportunity to get involved with events such as the Tees Businesswomen Awards and now the Tees Tech Awards.”

Three of Teesside’s brightest young entrepreneurs have passed on their tips to others who are looking to build their own business, with one saying “If […]

Cleveland Bridge UK has achieved significant growth in its on-site activity during the first six months of the year despite the global pandemic. The Darlington-based […]

The former site of Alma House, Alma Resource Centre and a disused garage in the centre of Stockton has been transformed into beautiful new homes […]