Opening up a Free Port is a unique opportunity that would benefit not only the current Teesside workforce but their children and grandchildren as well.

That’s the view of Jerry Hopkinson, chief operating officer and vice chairman of PD Ports, the statutory harbour authority for the River Tees, which is getting behind a campaign that’s gathering momentum as the UK prepares to leave the European Union on October 31.

Prime Minister Boris Johnson is a firm supporter of the idea, saying the low-tax, deregulated zones are “an excellent way to boost business and trade”.

And Jerry, who has spent his working life with PD Ports, which employs some 1,250, says no other UK location has more potential to benefit from Free Port status than Teesport.

PD Ports operates a warehouse business in the ports of Immingham and Felixstowe as well as a series of short seaports on the Humber, the Trent, the Ouse and the Isle of Wight. Its headquarters are located in grand offices in Queen’s Square, Middlesbrough, which have been the home of the statutory harbour authority since the turn of the 20th century.

“I can’t think of a better case for the granting of Free Port status than here on Teesside,” says Jerry.

“We have one of the deepest rivers in the UK and can take some of the world’s biggest ships. We currently handle more than 30m tonnes of cargo. When North Sea oil was flowing through the ConocoPhillips refinery at its peak and steel was manufactured here, our biggest year was about 55m tonnes. Even then, we could see there was substantial additional latent capacity.

“Depending on the cargo, we think this river has a capacity of more than 80m tonnes – which is very substantial indeed.”

But that’s not all. Teesside’s industrial heritage includes a vast expanse of brownfield land that could service the manufacturing opportunities Free Port status could bring.

“On the south bank alone there’s around 4,800 acres of land, principally the site of the former steelworks,” says Jerry. 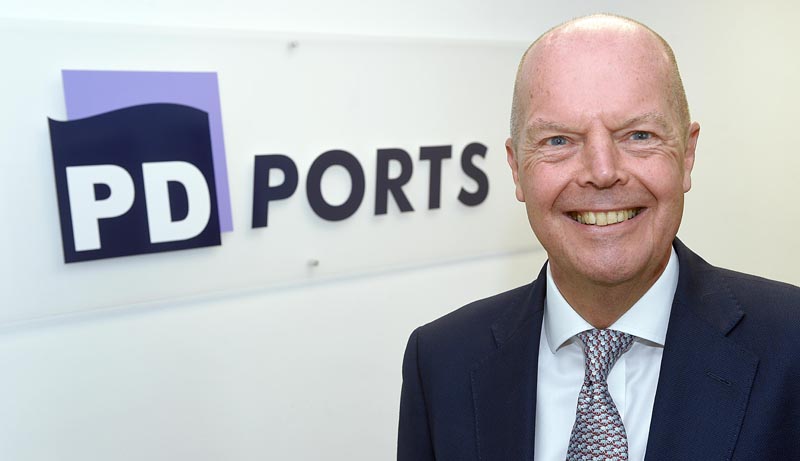 “The gateway into that is Teesport, a large, modern port that has attracted over £1bn of new investment to the Tees Valley in recent years. The creation of a Free Port isn’t simply about Teesport; it is more about what it will bring to the wider region.

“We also have a skilled workforce and there is an appetite across the region to invigorate industry and see greater investment and development. All those elements combine to make a profound case.”

Free Ports are possible within the EU but are subject to legislation governing competitive practices between member states. If the UK leaves the EU without a deal it would allow the most developed Free Port model to be introduced.

“Irrespective of your view, it’s a fact that if we leave without a deal, the Free Port opportunity becomes eminently deliverable,” he says. “However we can deliver industrial infrastructure on Teesside without having a Free Port because we still have all those factors. Having a Free Port is a catalyst for what we want to do, not a silver bullet.”

A 100-page White Paper commissioned by the Tees Valley mayor, Ben Houchen, calculated that a Teesside Free Port could give a £2bn shot in the arm to the UK economy and create up to 32,000 new jobs over 25 years.

“There’s no sense telling the government it’s a great idea without understanding its impact on the economy,” says Jerry. “Both the TVCA and PD Ports recognised that we needed to evaluate the socio-economic benefit to the Tees Valley versus the loss of revenue to the Treasury, which is why this report was commissioned.

“But I’d be bitterly disappointed if the government decided to bring in Free Ports but not on Teesside. Quite frankly, that just wouldn’t make sense.”

Government support for Free Ports stepped up a level recently with the announcement to create a Free Ports Commission. The announcement was made by the secretary of state for international trade, Liz Truss, on her visit to Teesport in August.

The commission will invite ports and airports across the country to bid to become one of up to ten Free Ports.

Jerry welcomed this announcement, saying: “Free Port status could help to drive industry, which is globally moveable, to choose to move to the UK, and to locate here in our region.”

“We’re not looking at moving industry that’s already operating successfully elsewhere in the UK into the Free Port area either – that wouldn’t achieve anything,” he added.

“But where an international manufacturer is looking at setting up a new centre and the UK could be considered, we want to promote Teesside. It has to be focused on manufacturing – that’s where the real benefit lies.”

Jerry will be representing PD Ports on a panel to discuss Free Ports in September as PD Ports hosts an event at London International Shipping Week.

To find out more, visit pdports.co.uk.

The publishers of Tees Business have expanded to larger offices, moving into the historic home of Middlesbrough’s founding fathers. Resolution Media and Publishing has taken […]