Tees Components may be more than half a century old, but it is a firm that has a strong track record of embracing new technologies and diversifying into new sectors.

Its focus on moving with the times has led it to becoming one of the country’s most comprehensive and versatile heavy machinists, operating more than 20 CNC machines producing precision parts 24 hours a day at its East Cleveland plant.

Another two key elements of its continuing success are making regular substantial investments in new plant and machinery, to capitalise on emerging new markets, and helping train the next generation of skilled engineers.

The firm, based at North Skelton, near Saltburn, used to be heavily reliant on traditional sectors, such as oil and gas, but the margins in these arenas were getting tight.

However, thanks to the vision and determination of managing director Sharon Lane, the business has been steered into new markets. As a result, it has stronger, long-term accounts and new clients in areas such as renewables, marine and defence.

Sharon, who is the current Tees Valley Business Executive of the Year, said: “What sets us apart from our competitors is our skills level, our ability to deal with complex one-off projects, which sometimes have a high degree of risk, and our capability of producing components to very high tolerances.

“We also heavily invest in machine tools and measurement equipment to enable us to carry out very precise projects that dovetail with our clients’ exacting specifications.”

Projects to install new large CNC machine tools over the last five years have each cost between £500,000 and £2m, and a recent addition to the measurement equipment portfolio was a £50,000 portable coordinate measuring arm (PCMM). The new Faro Quantum S4.0m 6-axis arm, the largest and most accurate model available, further enables the firm to verify the precision of its machined parts. 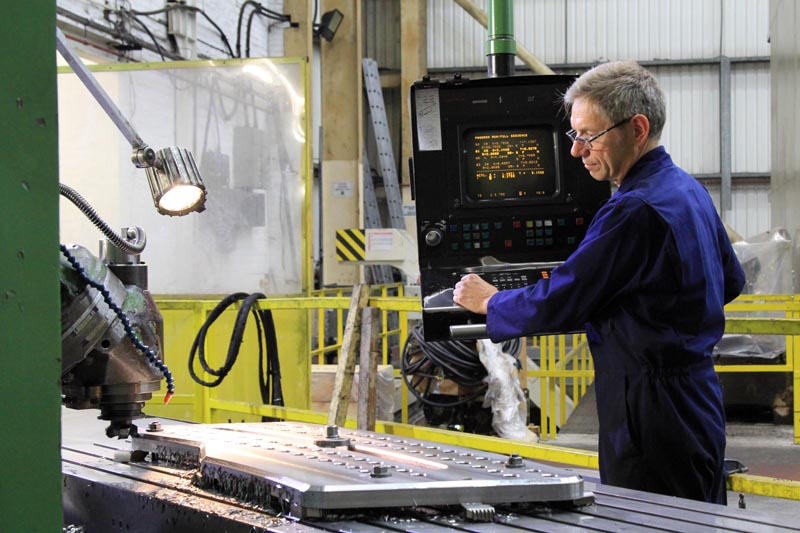 A prime example of the firm’s ability to diversify and move into lucrative new markets is its development of the Tees White Gill thrusters, fitted to a variety of ocean-going vessels, including arctic research and naval ships.

The thrusters sit in the hull of a ship to improve the precision of its manoeuvrability.

They also provide an essential back-up so that if the main engines on a vessel fail it will be able to get back to port.

One of the vessels fitted with the pumpjet thrusters is British Antarctic Survey ship RRS Sir David Attenborough – which hit the headlines after originally being christened ‘Boaty McBoat Face’ during a public naming vote.

The company prides itself on working in close partnership with its customers, which involves getting to know the products as well as they do, and helping them develop prototypes and improve their product design.

The offshore wind market is another of the new sectors which has been targeted by the company, which was founded in 1963.

Its proficiency in the offshore renewables sector has been demonstrated by a contract to supply the first credible ferrite-based direct drive permanent magnet generator (DD PMG) for wind turbines.

The innovative project, carried out on behalf of Greenspur Renewables, is a revolutionary technology with the capability to reduce the cost of wind energy. The company was contracted to manufacture and assemble a complete prototype 250kW generator, which is now being tested at ORE Catapult, the UK’s leading innovation and research centre for offshore renewable energy, at its facility in Blyth, Northumberland.

Sharon said: “A keen focus on diversification has enabled us to successfully position ourselves in a range of new markets. 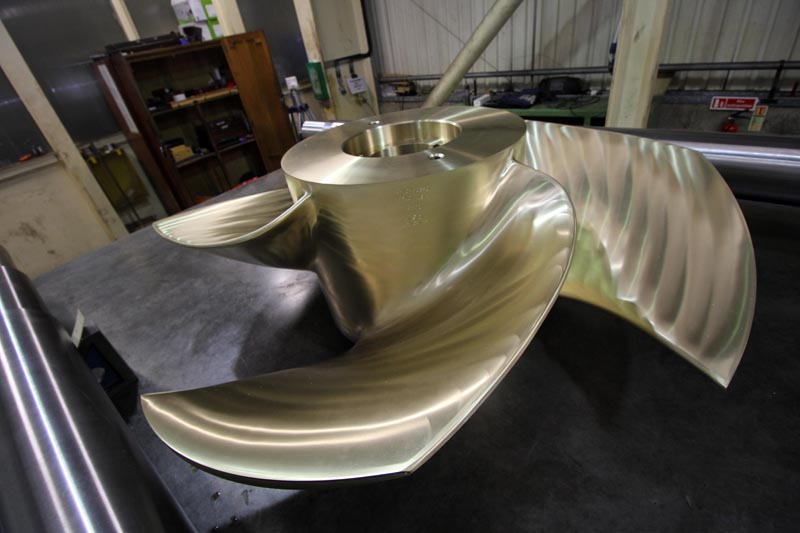 “This has been achieved through substantial investment during recent years and having a workforce with the necessary high level of knowledge, skills and versatility needed to meet the evolving needs of existing clients and to target new ones.”

High profile projects that Tees Components has played an integral part in since its inception include the Channel Tunnel, Wembley Arch, Humber Bridge and Transport for London’s Bond Street station upgrade.

Sharon added: “Tees Components’ agility to adapt to embrace the potential of new markets, a rolling programme of maintenance and investment and the calibre of our workforce gives us confidence for the future.”

Sharon is a keen advocate of helping shape the next generation of work-ready teenagers on Teesside, with her and other managers putting substantial time and energy into mentoring local students including offering work experience placements, factory tours and conducting mock interviews and giving feedback on CVs.

She said: “As a business I do believe you have a responsibility to do that. You can’t sit back and expect work-ready 18-year-olds just to turn up without taking any responsibility as a medium-sized employer in the region.”

Sharon, as a former engineering apprentice, also is a great believer in this hands-on route into the world of work and puts this ethos at the heart of the company.

In fact, 40% of its skilled workforce started as apprentices.

This year it has recruited an additional five new trainees, taking the company’s current team of apprentices to nine.

The company also works closely with local schools and colleges to exchange views on what educational establishments have to offer and what businesses currently are looking for when it comes to potential employees.

The Entrepreneurs’ Forum has unveiled the fourth cohort of its dedicated scale-up programme, the Scale-up Leader’s Academy. Launched in 2017, it supports ambitious business owners […]