Few will realise the impact a local steel fabrication firm is having on Teesside’s skyline.

The Newton Aycliffe-based company recently completed its 90th education project in 10 years after completing steelwork for the new Bradford College.

Finley have also worked on the Victoria Gate shopping centre in Leeds, The Gates development in Durham city and the Advanced Manufacturing and Research Centre (AMRC) in Sheffield. They’ve also built schools on the Isle of Wight.

Formed by John Finley in 2000, Finley Structures prides itself on safety, quality and attention to detail.

Employing 60 people – although the Finley group of companies employs about 150 in total – it’s now run by John’s daughter, Julie Raistrick.

“The company was formed nearly 20 years ago, and for a number of years we’ve been competing nationally and working with main contractors like Sir Robert McAlpine, Willmott Dixon, BAM Construction, Bowmer and Kirkland and Galliford Try, to name just a few.

“Winning high-profile projects like Hitachi and Nissan is great, but they’re just a small part of what we do year-in, year-out.

So many of our projects don’t get all the headlines.”

It’s Finley’s education contracts, in particular, that go largely under the radar. But the firm has worked on 90 in the last decade – ranging from Walker Technology College back in 2009 to the recently-completed Bradford College, to other schools and colleges in Newcastle, Gateshead, London, Lincoln, Hull, York, Scarborough, Cumbria, Doncaster and Leeds, amongst others.

The firm’s success, says Julie, is down to solid foundations and traditional family values.

“The construction industry continues to be a volatile and uncertain sector as we charter these challenging waters,” adds Julie.

“But because Finley Structures has been built on such solid foundations – and because of our ‘safety first’ policy when it comes to credit – we’re in a such a position to withstand whatever the storm.

“We’ve read a lot recently about other companies getting into trouble through false promises or broken contracts, and we’ve been victim to some of that, too.

“It’s never nice to see any other business get into trouble – or worse, collapse – because that’s bad for our industry.

“But we operate a very strict credit policy, taking advice from our insurers to ensure we are aware of the risks that may threaten our history, or our workforce. If we choose to ignore the financial information the consequences could be devasting. 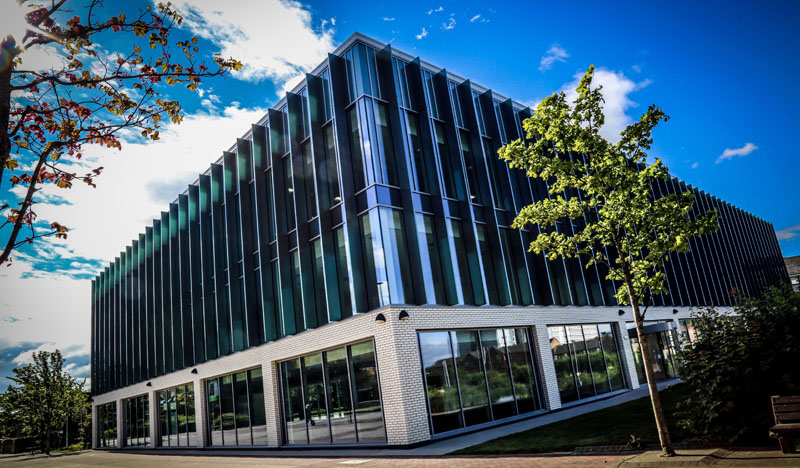 “In fact, we have even turned work away in the last year due to our insurers not being willing to give us the credit lines we need to do the work.

“To give you an example, after the demise of Carillion, we had a contract in place with them, but we only lost out marginally (less than £20,000) because we had the correct protection in place. Had we not had that insurance in place, we could have potentially lost hundreds of thousands.

“That said, we’re not risk averse, and we sometimes have to take calculated, considered gambles when it comes to trust and investment.

“But we’re largely very careful, and it’s this policy which has ensured our ongoing well-being and sustainability.”

Julie’s strict credit policy doesn’t mean the business isn’t still competitive. And Finley Structures, which celebrates its 20th birthday in 2020, continues to win contracts up and down the country.

“Credit aside, we remain as competitive as ever,” she says. “Our estimating team, headed up by Andrew Workman, do a fantastic job pricing up projects to the penny, making sure there’s enough margin for realism, but also ensuring we win enough work to keep the steel flowing through the factory.

“Contract wise, we’re enjoying a strong period and our order book is healthy.

“It’s being reported as a difficult, troublesome time for our industry. But, because of our principles and ethics – and because of the great projects we deliver on time and within budget, thanks to our brilliant workforce – that enables us to prosper, when sadly some others don’t.

“It’s also testament to the fact we’re now going into our 20th year, which says everything in the construction industry.”

Find out more about Finley Structures at finleystructures.co.uk

Jessie Joe Jacobs has launched her bid to become the region’s next mayor, announcing that she will lead the Tees Valley boldly into the 21st […]

Chartered accountants Davies Tracey is another leading Tees firm which is supporting the inaugural Tees Tech Awards, being held in April this year. Organised by […]