Teesside children as young as six have been given a glimpse of their potential careers during a trip around one of the UK’s busiest ports.

The primary school pupils were given a guided coach tour around Teesport, took part in activities and heard first-hand from PD Ports staff about the different jobs available.

They were the first pupils to benefit from Teesport Explorers, a pilot programme, which PD Ports has ambitions to launch locally. The programme will seek to open the eyes of the youngest schoolchildren, showcase the everyday activities that take place there, give them a chance to learn about the different jobs and meet the people who make it all happen.

A total of 75 Year 2 pupils from Stockton’s Hartburn Primary School spent time with the Harbour Police and PD Ports staff from health and safety, engineering, transport and logistics, communications, operations and insurance, who showed them first-hand the important role ports play in the economy and society.

PD Ports’ Head of PR, marketing and communications, Kirsten Donkin, said: “We already work across the Tees Valley with young people, primarily 12 to 18-year-olds, but this is a real shift as we broaden that range to include children as young as five.

“As one of the largest employers in the Tees Valley and a business which is of national importance, we recognise it isn’t enough to simply run the business – we want to think beyond the gates of the port and see how we can play a positive role across the region, whilst promoting our ‘invisible’ industry. 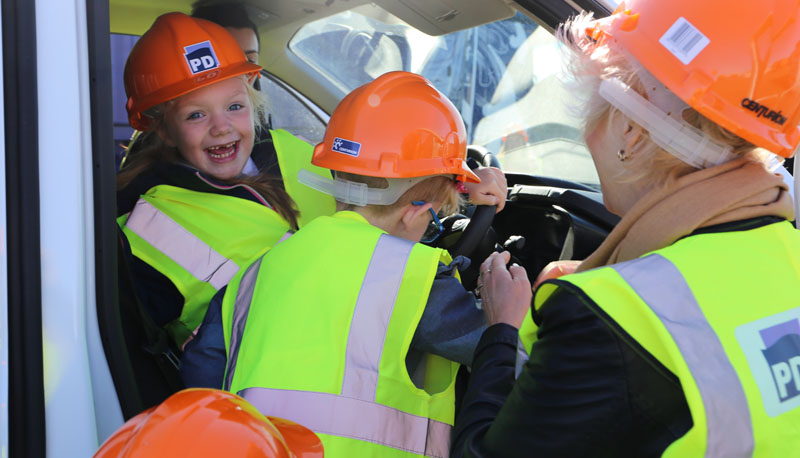 “Research shows that by the age of 14, young people condition themselves to believe there are certain jobs they can do and those which they can’t. This is often driven by gender stereotypes and mismatching skills requirements with job roles and we need to change this mind set.

“We recognise the earlier in life children are exposed to career experiences such as this – and providing this is an engagement repeated throughout childhood and into early adulthood – the greater the impact and the greater the chance of positively influencing their perceptions and decisions when choosing a career.”

Julia Armstrong, Head Teacher at Hartburn Primary School, said: “This was an amazing opportunity for our children to learn about what Teesport has to offer our area. It is an insight in to industry and careers they wouldn’t usually get to experience. The children were in awe of what they saw and inspired by the enthusiasm and dedication of the PD Ports team. Their faces said it all!”

PD Ports is now looking at the implementation of the Teesport Explorers programme with primary schools from across Tees Valley.

A programme which helps unemployed people get back into work has expanded thanks to a near £1m boost. The £7.5m scheme, which has engaged with […]