The digital landscape of Teesside is evolving and expanding at a swift rate. Middlesbrough-based digital marketing company Viral Effect are embracing the boom by creating five new jobs, taking their staffing levels to 30…

Riding a wave of interest and enthusiasm for digital marketing, Viral Effect has a reputation for excellence and staying one step ahead of the game.

“When we first launched Viral there weren’t really any social media companies around,” says James.

“Not in the North-East at the level we were at. Of course, over time the market caught up to a point. Certainly, businesses were looking to hire social media companies or asking their existing marketing teams to handle their social. They began asking questions and asking for new and different services, so we needed to up our game and that meant hiring and training up passionate staff.”

James admits there was a good deal of job-hopping going on with the advent of social media, but he doesn’t see this as a necessarily bad thing.

“It’s not like years ago when you’d leave school and work in the steelworks and that’s your job for life.

“In 2020 people are going to move around and we should embrace that. In our industry, if someone has experience at other agencies, that’s a positive. Every company does things differently and staff can apply the knowledge they’ve gained elsewhere to the job they do at Viral.”

While creative drain may be a necessary evil, Viral are hoping their current round of aggressive hiring will lead to team members who will want to stay the distance, not least because of the attractive packages on offer.

The company has flexible working hours, is based in modern and friendly offices in Boho Four and actively encourages staff input. Though there are deadlines, work is not pressured.

“We need to keep everyone’s mind open so they can think creatively to come up with new ideas which we can implement within the business, or marketing campaigns we can apply to the clients,” says James.

There are also staff incentives such as employee of the fortnight, which includes an on-site car parking space and a meal voucher for the Black Olive in Hartlepool. Staff go out regularly together and, of course, Christmas socials are coming up.

“I found the job on Indeed,” he says. 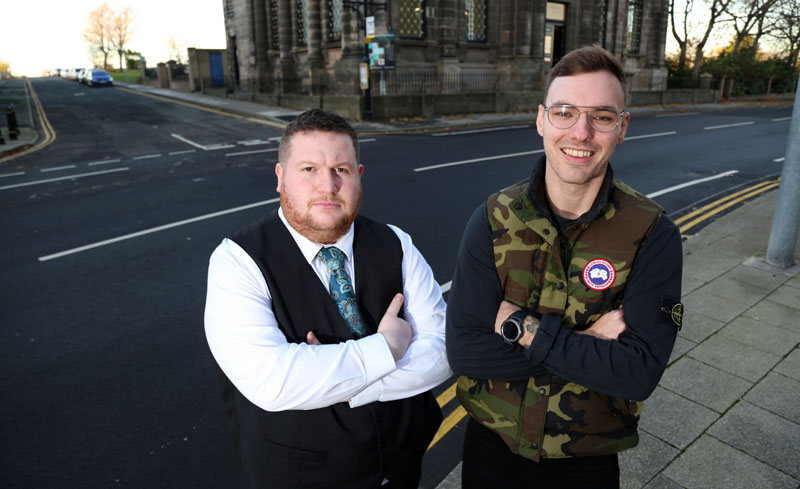 “I’d heard really good things about the company and I also liked the staggered hours. I chose to start at 7am and finish at 3pm. It’s nice having the option to do things like go on bike rides with my dad in the summer. It’s all about a work-life balance and Viral offers that.”

To work for Viral Effect you should love social media, be excited by it, be happy to follow trends and discover new apps. Jobs currently on offer are head of marketing, head of sales/business development manager, account manager, developer and social team member.

For more information or to apply for one of the positions on offer, send your CV and a covering letter to James Pennington at Iwantajob@viraleffect.com

Ambitious plans for the Tees region to become the hydrogen capital of the UK has taken a big step forward. Tees Valley mayor Ben Houchen […]

Category sponsorship opportunities are now available for the third annual Tees Businesswomen Awards, which will be held as a virtual event following the success of […]

Following the recent announcement by Able UK regarding jobs at its Hartlepool and Dogger Bank sites, the boss of a thriving Tees energy safety company […]