Where there’s a will – there’s also a reluctance among more than half of us to draw up this most crucial document with a law firm and then ensure it is kept up to date as our lives and circumstances change.

Just half of the population have written a will and many of those who do so fail to review it regularly.

Whether it is businessmen or women, or ordinary members of the public, avoiding the subject of our death – and writing a will to ensure our loved ones are looked after – has apparently become the norm.

For the sake of a few hundred pounds, people can lose control of the fate of their estates and create a myriad of legal difficulties and additional costs for those they leave behind. For example, children under 16 who lose their parents, will find their living arrangements contested in the courts unless a will orders their guardianship.

The Wills, Probate and Trust department at Punch Robson, the oldest established law firm in Teesside, prefers the preventative approach and have commercial and private legal services to tackle death and inheritance head-on.

Andrew Steel, who joined the company in June as associate solicitor based in Ingleby Barwick, specialises in wills and powers of attorney to protect businesses and families.

He said: “Not enough people have wills. Stats show that half the people in England and Wales have one but what is more alarming for me is that people actually have them and don’t review them.

“A lot of people make a will, stick it in the drawer, look at it 20 years later and realise they should have changed something. In that situation, it can be just as horrendous as not making one at all.

“You could put something in your will that leads to something worse happening than if you have no will because it is in writing, especially when we are talking about people with businesses because they evolve.

“If you don’t have a will you are stuck with the laws of intestacy, which are drawn down family lines and might not be suitable to your circumstances.

They were brought in in the early 1920s and have not changed much, so don’t recognise cohabitees or children from different relationships. The strict procedural distribution for a family can be difficult.

“I tell people to look at their will every couple of years to make sure everything is still hunky-dory. Only inheritance law has changed recently but what changes daily is people’s circumstances.

“Anything can happen on a personal level but that can’t be tracked by the lawyers who wrote your original will, so you have to keep on top of it.

“You need to structure things properly whether you are in business or not. It is about having constant engagement with us, just as they would for any other aspect of their lives.”

Elaine McLaine-Wood, Punch Robson’s managing partner, says the curse of the internet has led to an explosion in homemade, printed off wills.

Supposedly cheaper, and often used by start-up business owners to cut costs, these self-help wills can cause more trouble than they are worth and the firm’s wills, probate and trust department often has to wade through such documents and re-evaluate them for clients, hopefully before it is too late.

She said: “My advice is don’t Google it and get stuff off the web. I get clients who will email me what they have put together on the internet, and I have to unravel it. Yet that is our day job and does not cost a lot of money. 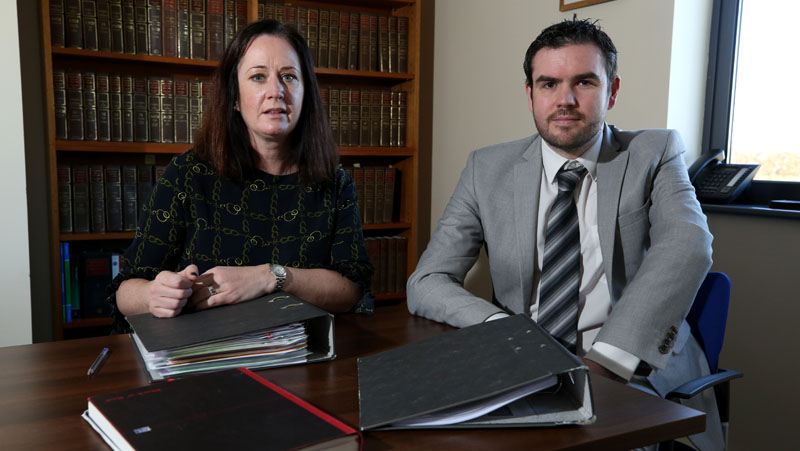 Another time a relatively painless investment in legal expertise now can save unforeseen future suffering is when setting up a business, especially a partnership.

Punch Robson understand the complexities and sensitivity of spoiling the party in those early days, particularly when it involves families and friends and the euphoria and personal relationships govern common and business sense.

In a bid to cut costs, many new set-ups overlook legal advice and documentation in the belief that trust and 50-50 agreements will fulfil any long-term conflicts in the courts.

Elaine said: “It is something people don’t think about in business generally, the what-ifs. People will insure their premises for fire, flood, theft or whatever but won’t put in place protection for what happens if a key member of the business is actually in distress through illness or death.

“It’s very common when people set up a business. They don’t have funds to pay legals so they cut costs, form a company and do it online, so you have model articles of association, which is a statutory requirement, but does not protect against any dispute or fall-out if someone dies.

“They think they don’t need the protection because everyone is getting on and things are going well and they don’t want to invest at the beginning and set up a shareholders’ agreement.”

As the robust but considerate approach to death and incapacity with business and private clients has developed and grown, so has the 142-year-old business.

Andrew Steel has years of experience dealing with family businesses who struggle to contemplate worst-case scenarios or the long-term legal implications of potential disputes.

Without the power of attorney, businesses can face up to six months awaiting judgement from the Court of Protection and the willingness to open up the difficult conversations on these pages demonstrates Punch Robson’s dedication to the subject.

Andrew said: “You are dealing with scenarios people don’t want to have conversations about. We don’t want to deal with thoughts of our death and that’s a barrier in society in general, not just in business. It is a taboo subject.

“People go into business because they are friends or related but we see disputes that come through some fall-out and they don’t have an agreement in place into how they will trade in the event of such a dispute.

“It is a difficult conversation to have at the beginning when they are eager and excited at setting up the business but it is the best time to simply put things in place.

“It might be bottom of the list but you have to get round it. You wouldn’t blink an eye paying insurance or a regulatory policy but it is more of a positive personal decision to make.

“It is better and cleaner to spend a small amount of money and a few hours of time. That investment can eradicate future disputes and ensure the smooth running of the business.”

Law firm Jacksons has announced a record year for its award-winning commercial property team. Jacksons Commercial Property team, based in the firm’s Teesside and Newcastle […]