Editors Martin Walker and Dave Allan will celebrate the five-year mark with the forthcoming spring issue of Tees Business – and have built up to their milestone by joining the foundation’s Infant Hercules Charity Club.

Tees Business champions a wide range of corporate achievements in the region by publishing positive business news in print and online.

And Dave and Martin, directors of Middlesbrough-based Resolution Media and Publishing, have decided to back the charity’s new venture financially as one of the successful smaller businesses who have each put in £1,000 to become members of the charity club.

Dave has been involved with the PR side of the Philanthropic Foundation since 2011 and came up with the Infant Hercules name, a nod to Victorian minister William Gladstone’s description of Middlesbrough during its Industrial Revolution era boom.

He said: “The opportunity to join the Infant Hercules Charity Club made a perfect fit for us, because it’s all about businesses banding together to share their successes and help the local community. A huge part of what we do at Tees Business is talking up Teesside. 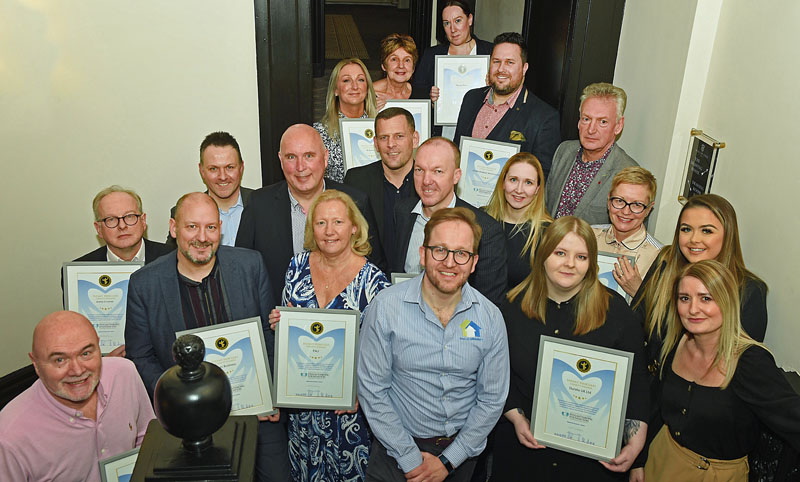 “I think the charity is an Infant Hercules, because I think it can keep growing and help the people, schools and community groups who need help most.

“Myself and Martin are both proud and passionate Teessiders who believe in a charity that is helping a lot of local groups and charities, and many struggling families.

“All of the money stays in the area, and you actually see it making a difference – the charity has already donated £2.5m and is constantly raising more.”

Individuals to have joined the club include Mark Kenrick, Jeremy O’Connor, Nigel and Claire Vaughan, and the Cunningham family.