Full planning permission has been granted for the Subzero Snow Centre in Middlesbrough, allowing it to take a step closer to reality.

The permission was granted on Monday (March 30) by officers of Middlesbrough Council under delegated powers being used during the coronavirus shutdown.

With planning permission achieved, the team behind the £30m snow centre can work on the next stages of the programme to deliver the facility – albeit from a safe distance!

The indoor ski facility, supported by the Tees Valley mayor and Tees Valley Combined Authority, will be built at Middlehaven Dock on a seven-acre brownfield site next to the Grade II listed clock tower, Temenos and Middlesbrough College.

It will be one of just a handful of indoor skiing facilities in the UK, attracting more than two million visitors into the town each year.

A spokesperson for Subzero said: “This is a ray of light in difficult times. Now we can make progress behind the scenes so we don’t lose valuable time.

“We are pressing ahead and we hope that the agreement of planning permission shows the high level of commitment we have towards this project – more than £750,000 has already been spent getting it to this stage.

“The necessary land deals, financial backers, prospective operators and partners are on board and it would be great to see the public get behind us too in these tough times.

“The design of the building, which has now been approved, looks amazing and fits well into the historic site It will add to the list of ambitious and innovative schemes in the pipeline for Middlesbrough.

“Subzero will make a huge contribution to the economy of the Tees Valley bringing jobs and shining a positive light on the region. We anticipate the centre will open in 2022.”

Tees Valley mayor Ben Houchen said: “While we rightly focus all our efforts and resources on fighting the coronavirus, this news gives us all something to look forward to.

“The snow centre will be massive for Middlesbrough, helping the regeneration of Middlehaven and creating jobs while giving even more people an excuse to visit, have fun and spend money in the town.”

Middlesbrough mayor Andy Preston said: “This is a key a milestone in a project that has huge potential for one of the most important regeneration sites in the whole region. 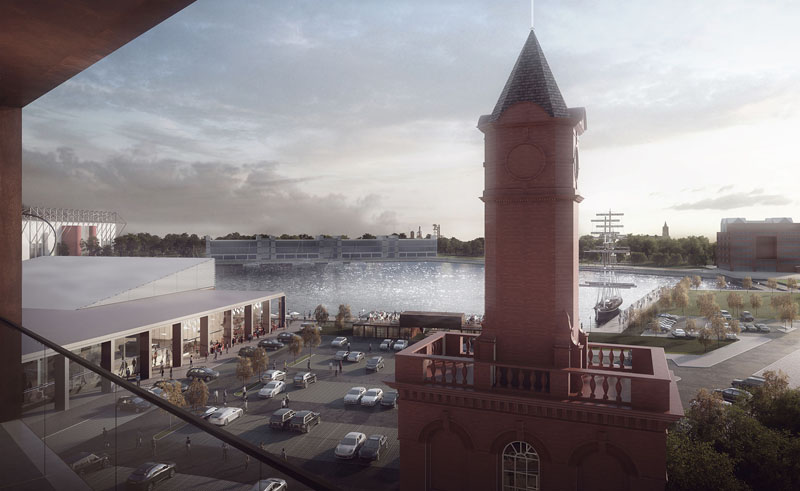 “Life will return to normal in the coming months, and we’ll need to throw our weight behind developments like this that will help Middlehaven fulfil its true potential.

“Amazing things are already being achieved by The Digital City, and the snow centre can act as a further catalyst to bring people to the area and attract future investment.”

The application was submitted under the guidance of Darlington-based planning consultancy, Prism Planning, which helped with its preparation and submission.

The firm’s planning director Rod Hepplewhite said he was delighted with the approval of the planning application.

“The snow and leisure centre development will prove to be a major asset not only for Middlesbrough and the Tees Valley but also for the wider North-East and North Yorkshire.”

Stephen Brown of Tees Valley-based Dodds Brown said: “In years to come Dodds Brown will be delighted to be able to say we were involved in brining such an ambitious, game-changing visitor destination to the area.

“This is extremely positive news in dark times and we hope it will enthuse people to want to be among the first users.”

Subzero will be classed as a “visitor destination”, which means it will attract tourists from all over the UK, with a majority of visitors coming from a 90 to 120 minute drivetime.

The snow centre will have one large and two smaller buildings, car parking and landscaping to external areas.

Main features will be a 165m ski slope, a beginner slope, shops, restaurants and cafés as well as substantial complementary sporting facilities.