Tying the knot, getting hitched, saying “I do” – it’s all very romantic. But in the real world, 42% of marriages in England and Wales currently end in divorce.

And if you own a business and your family circumstances change, don’t necessarily assume your firm is safe and exempt from any financial wrangles that might result – far from it.

It is a stark fact but, says Katy Moody, associate solicitor in the family department at Punch Robson Solicitors, one that the business community should heed.

“Your business is not safe if you are going through a divorce process,” says Katy.

“But there are ways that you can help protect your assets, particularly before you get married, which can provide a path through what can be a difficult time emotionally.

“You can also enter into a post-nuptial agreement after you are married.

“The outcome of divorce proceedings and how business assets are determined varies depending on individual circumstances – one partner can buy the other one out, for example, or perhaps choose to offset with property or shares, all of which involves tax implications.

“Situations can be complex and that’s why a team of good legal advisors is essential to best solve the way forward for all concerned.”

The starting point for the family courts is always sharing protocol, says Katy.

“The court will look at how long the couple have been married, when the assets were acquired, whether the business has grown and the value of it.

“If someone has been married 20 years, for example, and the business was started at the beginning of the marriage and the wife stayed at home to care for the children whilst the husband built up the business, the court would judge that he wouldn’t have been able to do that without his wife.

“If you have been married two or three years, as another example, the court will likely try and put you into the position you were in before.

“Courts do try to give people a clean break but in a way that will keep a business secure and stable.”

The team at Punch Robson is very much a team with expert knowledge in all areas of the law.

Complex family issues, therefore, can easily be dealt with alongside corporate concerns with an eye on keeping proceedings on track seamlessly.

“One of our strengths is that we can work on both corporate and matrimonial matters under the same roof and once a financial order is given, we aim to make it as smooth a process as possible,” said managing partner Elaine McLaine-Wood.

“Most business people regularly make difficult decisions. But when they are ending a long marriage, dealing with the business of that can be heartbreaking and brings an emotional side in.

“We always say we are here to take the pain away, being a safe pair of hands as trusted advisors.” 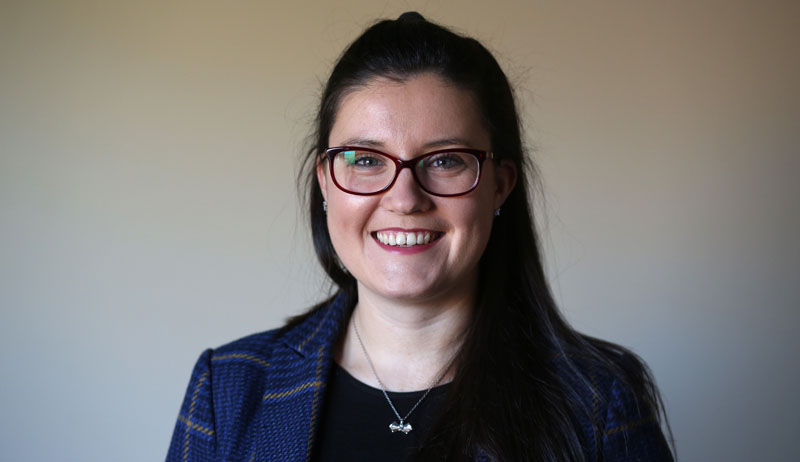 Katy Moody has recently joined the Punch Robson team as an associate solicitor in the firm’s family department, where she has taken a senior role.

The 29-year-old, from Darlington, moved back to the Tees Valley after working with a national firm in Leeds.

She specialises in family law, advising clients on marriage and relationship matters including divorce and the financial and custody issues that arise from it.

Punch Robson’s family department numbers eight, including support staff, says Katy, who are a vital part of the team.

Offering the best legal advice to clients to help them manage what can be difficult emotional and financial situations is what drives her and she was keen to join the expanding team at the company.

“There’s the legal side of it, of course, but there’s also a personal side to this aspect of practice,” says Katy.

“Often there are situations which need someone to take the emotion out and say ‘This is where you are, this is what you need to do to get where you want to be.’

“It is all about how to get clients to the point where they can manage alone financially, emotionally and as support for their children.”

Punch Robson has offices in Ingleby Barwick, Coulby Newham and Middlesbrough, the firm prides itself on bringing the highest standards of legal services to families and businesses across the Tees region – and beyond.

This year will see the biggest shake-up of the UK’s divorce laws for almost half a century.

The introduction of new legislation is on its way in the shape of a ‘no fault’ divorce – a legal concept aimed at stopping the blame culture during a relationship break up.

Currently, couples initiating divorce proceedings in England and Wales require one party to make an accusation about the other – and provide evidence of it – citing adultery, unreasonable behaviour and separation or desertion, even if the decision is mutual.

The new proposals, which have just gone through the House of Lords and are due before the Commons shortly, will mean a couple can mutually cite ‘irretrievable breakdown’ instead.

The idea is to stop further bad feeling between couples which, says Katy, often affects children. The change, she believes, is needed.

“Current divorce laws have been in place since 1973, but how people run their relationships now is completely different,” says Katy.

“There are five facts the court relies on in divorce – including adultery and unreasonable behaviour. If a new client walks through the door, they look at those reasons and don’t want to use them. They also must provide evidence – and then there’s the issue of how it affects their children.

“Solicitors have been lobbying for a long time for a change in the law as it is not working for families. Under the new proposals, the five facts would be removed. One person can petition for a divorce, although the other party must be aware of it, and it will come with a 20-week cooling off period.

“Change is needed. People just want to get out of the other side and get on with their lives, apportioning blame to the other party does not help them to do that.”

There is a school of thought that the proposals will alter the whole institution of marriage. Katy acknowledges that, but says times and society have moved on.

“We need some sort of direction and this will make the divorce process so much simpler.”

A rapidly-expanding global technology company is set to move into Grade A office space in Middlesbrough’s Centre Square. Causeway, which creates technological solutions to transform […]

The owner of a popular Teesside restaurant is bringing a 17th century venue back to life with the opening of a new eatery, The Stables […]